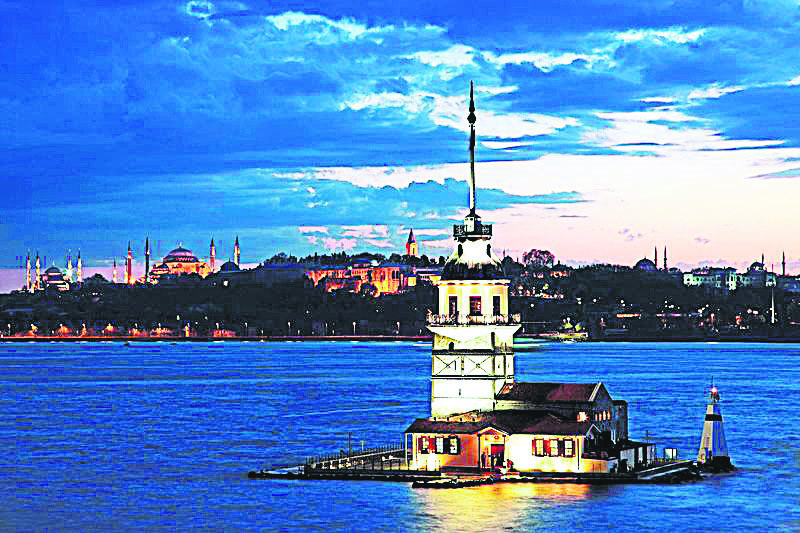 Istanbul's Üsküdar district is to host an eight-day poetry festival that will feature 35 poets, 19 of whom are from various countries in Europe, Asia, Africa and South America, as well as organizations and panels at universities and schools in the area

The International Üsküdar Poetry Festival, hosted by Üsküdar Municipality Mayor Hilmi Türkmen, coordinated by İsmail Kılıçarslan and overseen by the festival's honorary president, Professor Hüsrev Hatemi, will open tomorrow with an İnce Saz concert. The festival, which will run for eight days, will host 25 different events and veteran poets from around the world.

The official press conference of the festival took place at the Maiden's Tower. As Türkmen's father died right before it was held, Deputy Mayor Sedat Ayyıldız attended the meeting in his stead. He stressed that Üsküdar is one of the most beautiful districts in Istanbul and it is also important culturally as art flourishes in the region. Stating that Üsküdar has been a source of inspiration for artists for centuries with its historical, natural and peaceful atmosphere, Ayyıldız said, "We organize the festival help people experience Üsküdar, the holy city of poetry and poets. Enjoy the festival." Hatemi added, "Despite the tragic event [the killing of Prosecutor Mehmet Selim Kiraz], we will not mourn and make people suffer from our misery. We will hold on tightly to poetry and the festival, and support each other."

Kılıçarslan said they will hold various events for eight days in order for poetry to reach the masses. "We will grant awards to two poets at the end of the festival. We expect broad participation," he added. The festival will welcome 35 poets, 19 of which are international artists from Syria, Germany, India, Argentina, Croatia, Palestine, Poland, Spain, Kuwait and Somalia. Among the international guests, Polish poet Ryszard Krynicki, who grew up in a concentration camp, revolutionary artist and Argentinian exile Leopoldo Castilla and Kuwait-based artist and activist Saadia Muharref, who challenges the pervasive Arab Gulf ideology, stand out. Artists Fatma Şengil Süzer, Ahmet Murat, Metin Celal, Şakir Kurtulmuş, Selahattin Yolgiden and Zeynep Tuğçe Karadağ are among the Turkish poets that will perform poetry readings.

As part of the festival, the "Poetry at School" event will bring students and poetry together. The event will take place at five universities and 13 high schools in Üsküdar. "Our aim is to popularize poetry among students so poetry can hold an important place among the new generation," Kılıçarslan said.

The festival will also host two special nights, Somalia Night and Festival President's Night in honor of Hatemi. Following a film screening, poetry reading and panel session, the nights will come to end with the concerts of Grup Abra.

Le Trio Joubran will perform at the closing ceremony of the festival on April 11. The band, which was founded by three Palestinian brothers who represent the sorrow and culture of Palestine, is one of the most popular bands at the prestigious festival who stands out on the international music stage.
Last Update: Apr 03, 2015 2:19 am
RELATED TOPICS