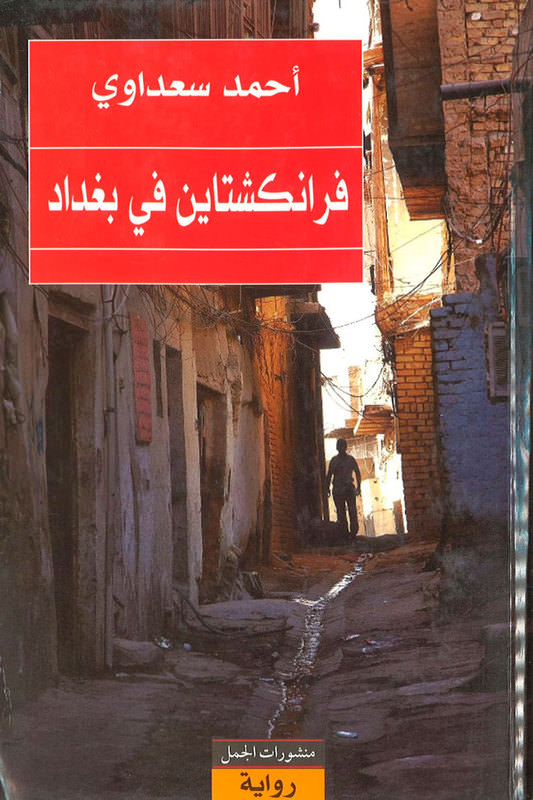 by Zeynep Esra İstanbullu Apr 06, 2015 12:00 am
Ahmed Saadawi, who threw a curve to Western Literature with his book "Frankenstein in Baghdad" and introduced one of the best examples of Shock Art, will visit Turkey within the scope of the International Üsküdar Poetry Festival.

The eight-day festival, which is hosted by the Üsküdar Municipality and overseen by honoree president Hüsrev Hatemi and coordinated by İsmail Kılıçarslan, attracts attention, as it takes place for the first time. Saadawi, who used Western literature's own gun against itself with his book "Frankenstein in Baghdad," which goes back to classical European Literature as well as the Renaissance era, will come to Turkey for the festival. The writer was chosen as one of the most important Arab writers under the age of 40 in 2010 within the Beirut39 Project and won the International Prize for Arabic Fiction, which is regarded as the Booker Prize of the Arab world with his book "Frankenstein in Baghdad" in 2014. Saadawi, who adapted the story of Frankenstein to present day Baghdad, also won The International Prize for Arabic Fiction (IPAF), the biggest literary prize of Arabic Literature, while the jury characterized the book as "well-written" and "one of the most outstating examples of contemporary Arabic Literature." Literary circles were very happy when the book was translated into English, saying, "It is a very good chance for readers in other countries."

The book centers on an explosion that occurred in spring 2005 in Baghdad and a man named Hadi al-Attag who puts together the limbs of people who lost their lives in explosions or suicide attacks. About the subject of the book, Yasir Suleiman, the president of IPAF, said, "It is very realistic and sometimes it goes beyond fiction."

Saadawi's fiction stands out as one of the finest examples of the "Shock Art" movement in literature. While Western Literature uses barbarism and cannibalism to create a shock effect on the reader, Saadawi does the opposite and reveals the violence of the West through his book. The International Üskdar Festival will host 35 artists, including 19 international poets, such as Roger Palaes, one of the prominent figures of underground literature, Sonnet Mondal, the youngest Indian poet to have been listed in the Penguin Review in the last 50 years, and activist and poet Saadia Mufarreh, who was chosen as the poetry ambassador of Kuwait by the World Poets Movement.
Last Update: Apr 06, 2015 1:09 am
RELATED TOPICS