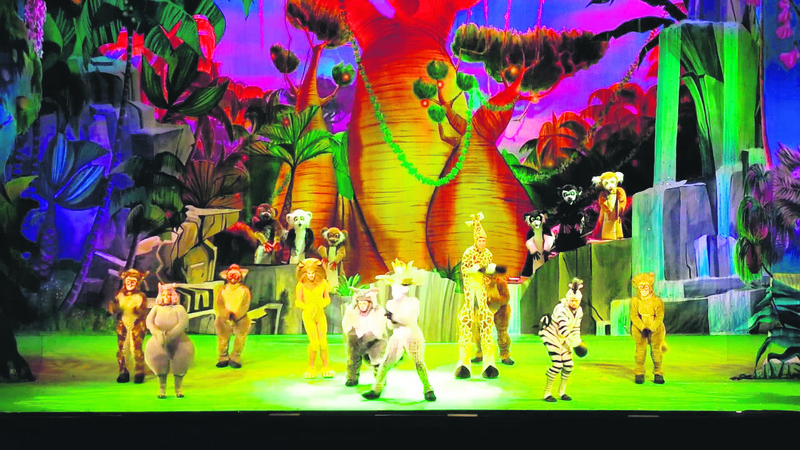 by Zeynep Esra İstanbullu Apr 06, 2015 12:00 am
Madagascar Live which is inspired by the characters featured in DreamWorks Production's blockbuster film "Madagascar" will be staged for the children of Istanbul once again on April 17, 18 and 19 at Volkswagen Arena. The show which offers unlimited entertainment for children came to Istanbul with the collaboration of IEG Family and Stage Entertainment and the sponsorship of Finansbank for the first time in January, will this time celebrate the coming of spring with children. The stage show which can compete with Broadway productions offers an unforgettable experience to children with hundreds of costumes and accessories as well as six trucks full of decorations. The live show focuses on the escape of lion Alex, zebra Marty, giraffe Melma and hippopotamus Gloria from New York Zoo to King Julien's crazy kingdom in Madagascar. Madagascar Live which features 25 characters tells a warm story of friendship through realistic stage décors, costumes and music and takes the audience from Central Park Zoo to the beaches of Madagascar. Tickets for the enchanting show can be purchased from the official Biletix website.
Last Update: Apr 06, 2015 2:08 am
RELATED TOPICS