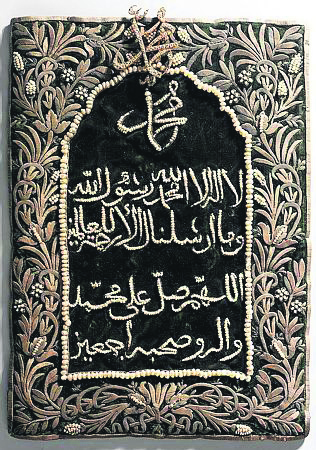 by Zeynep Esra İstanbullu Apr 14, 2015 12:00 am
Having been displayed in various countries, including the U.S, Chile and Argentina as well as having shows in Dolmabahçe Palace and Hagia Sophia, the Aşk-ı Nebi (Love of the Prophet) calligraphy exhibition is now on display in Altıeylül Municipality in Balıkesir province as part of the Sacred Birth Week program. Hosted by Mayor Zekai Kafaoğlu, the program started with a Quran recitation and will continue with performances by various musicians until April 17.