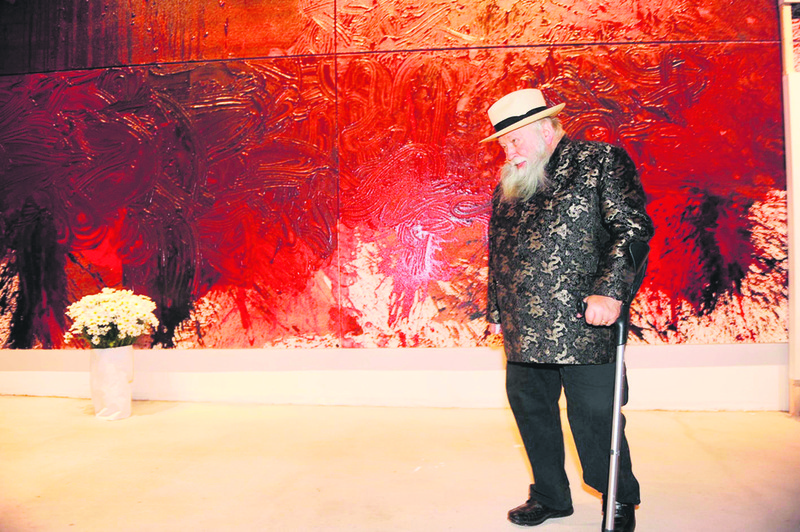 by Daily Sabah with AA Apr 26, 2015 12:00 am
Hermann Nitsch, 76, is a famous Austrian performance artist, who designed a special collection covering 27 works of art to commemorate the centenary of the Gallipoli Battle.

Upon the invitation of the Çanakkale governorship, Nitsch worked a year to complete his work. The collection is now displayed under the title of "Savaşa Hayır Anıtı" (Memorial against War) at an art gallery transformed from a former storage.

During the exhibition's opening ceremony last week, Çanakkale Governor Ahmet Çınar said, "Humankind suffered deep pain during World War I. The biggest suffering was witnessed here, in Çanakkale. Nitsch uses art to give a message of peace that can be transferred to next generations."

Nitsch also said his works are a response to what happened in the past and added that his idea was to face the phenomenon of war. "Growing up in the Second World War, I was exposed to bombings and fighting. It was not hard to become a fierce opponent of war. Nevertheless, the history of mankind is inconceivable without war," he remarked, explaining the reasons behind his works.