Famous sculptor's boat to be converted into arts center 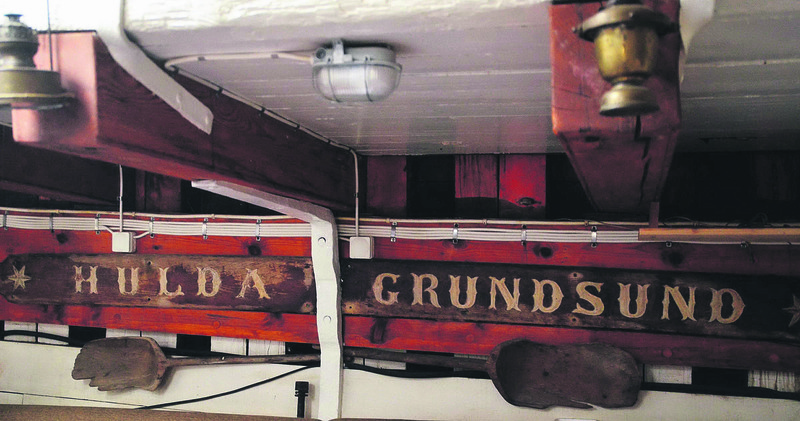 Respected Turkish sculptor İlhan Koman's 110-year-old ship named ‘Hulda,' which he used as his home and workshop until 1986, will be converted into an arts center

Brought from Sweden to Turkey by the son of the late, world-famous artist İlhan Koman - known for his "Akdeniz" (The Mediterranean) sculpture situated in Istanbul's Büyükdere Street - the 110-year-old ship named Hulda will soon be transformed into a center for arts, science and culture. The historic vessel moored at the Bodrum port is reportedly in good condition. Sometime after settling in Sweden in 1958, Koman bought a 140-ton wooden vessel 37 meters long and 7 meters wide. He used the dry cargo vessel as his home and workshop until 1986. Upon his death, the vessel was taken to a shipyard in the Swedish city of Sjotorps. One of his two sons, Ahmet Koman, 64, went to Sweden five years ago and brought the surviving vessel first to Istanbul and later to the Bodrum district of Muğla. With its 365-square-meter sail, a significant part of the vessel has remained intact. Attracting local and foreign tourists, Hulda will host culture and artistic events this summer and participate in the International Bodrum Coup in October. The Muğla Branch of the Chamber of Shipping is supporting the Foundation of İlhan Koman for maintenance expenses. Ahmet Koman, the president of the foundation, said he wants to turn the vessel into a center for young sailors in Bodrum, a city where hundreds of sailors and sponge divers live. "The number of such historic vessels around the world is very few. Hulda can be kept alive with more support," he said. Koman explained that the vessel that was his father's home for a half century has now become their home. "We sometimes participate in wooden yacht competitions and have been hosting artistic events since 2010. A namesake festival is organized to gather international and local names," he added. During the festival, the exhibition displayed at the vessel was visited by almost 100,000 people. The Ministry of Culture and Tourism, the Ministry of Foreign Affairs, the Istanbul 2010 European Culture Capital, the General Consulate of Sweden, the Chrest Foundation, the European Commission's 7th Framework Program and a number of other institutions supported the Hulda's return to Turkey.
Last Update: Apr 28, 2015 11:39 pm
RELATED TOPICS