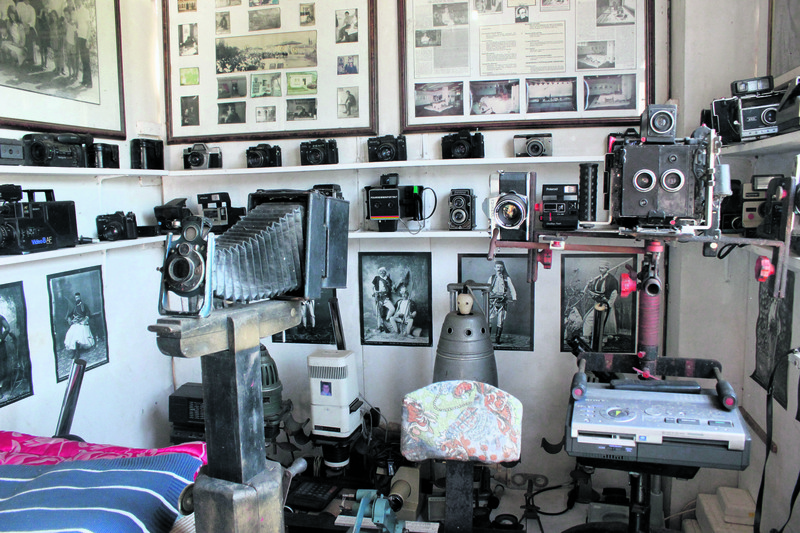 by Anadolu Agency May 07, 2015 12:00 am
Living in the village of Lekay situated near Podgorica, the capital city of Montenegro, Shtyefan İvezay, 80, converted his house into a museum in order to showcase the antiques that he has collected throughout his life. The antiques, which İvezay collected with great care, are displayed in his four-bedroom house. In his statement to an Anadolu Agency correspondent, İvezay said he converted his house into a museum in 2002. "I feel like I am living in the Stone Age due to my passion for antiques," he added. He and his wife Custa decided to convert their home into a museum as they had nowhere to store the antiques he had been collecting. İvezay stressed the increase in the number of antiques meant he needed to either leave the house or find a new venue. He is currently living in the house near the front entrance and acting as the museum's night watchman. İvezay was the first photographer of the town of Tuzi, and said he spared one of his rooms just to display cameras and camera equipment. Chosen as peace ambassador by the Universal Peace Federation, İvezay displays many antique objects at his museum, from traditional clothes and cameras, to musical instruments, agricultural objects, guns and hats. He underscored that it is the different-sized drums that arouse the interest of visitors the most. "This place is an ethnography museum and photography archive as well as a library. While I inherited some of the objects featured in the museum from my family, I collected the rest by myself. My wife and I dote on the objects in the museum," he said. Emphasizing that the number of visitors increased in the summer, he said his museum is visited by many tourists from all over the world. "Some say that they have never seen such objects in their entire life," İvezay concluded.
Last Update: May 07, 2015 11:35 pm
RELATED TOPICS