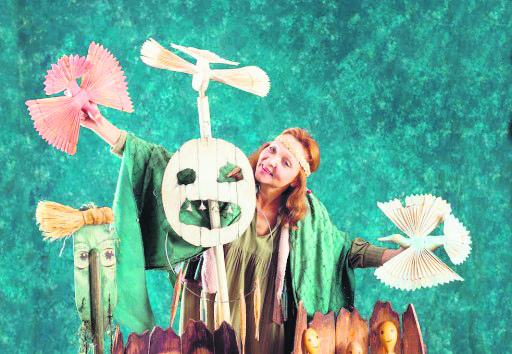 by Daily Sabah May 11, 2015 12:00 am
Ankara is set to host a new festival, the first International Puppet Festival. It will run from May 14-21 and will present puppet plays intended for both children and adults. The Association of Puppets, Karagöz, Show and Performing Arts (KUKSADER) stressed the idea behind the festival is that "puppets are not just for children." The Puppet Festival will pay tribute to the first Karagöz (traditional shadow play) master Halayi Torun Çelebi.

Additionally, Spain's Theater Minusmal will perform "Simply Clara" on May 17. The shows will be performed at open air venues as well as at Tiyatro TEM's hall in Maltepe and certain schools. As a first in Ankara, the festival seeks to help improve children's imaginations, and offer adults a different point of view. All puppet lovers, young and old alike, are invited to the event.
Last Update: May 11, 2015 10:38 pm
RELATED TOPICS