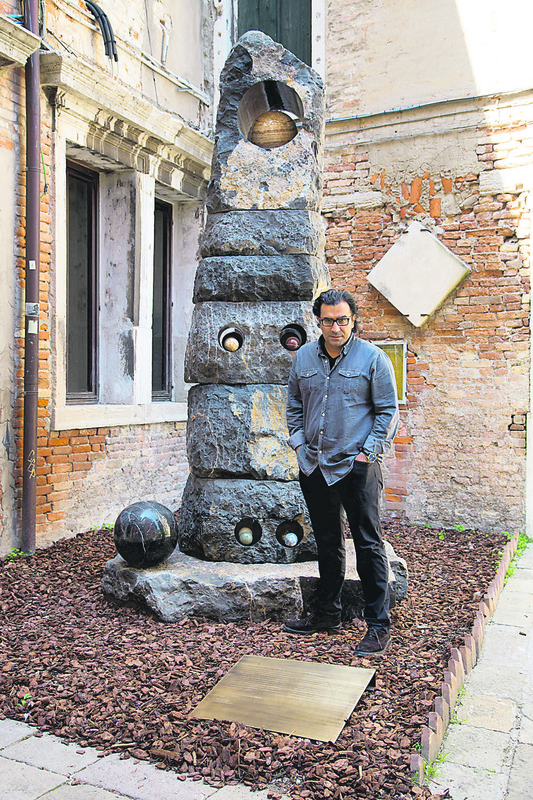 He found inspiration from an archaeological monument in Istanbul that is not very well known among Western audiences. The "Million Stone" (Milion Taşı in Turkish) was built by Emperor Constantine the Great in the fourth century when Byzantium, the Byzantine Empire's seat of power later renamed Constantinople, was christened. The stone was the center of the Byzantine world. Every point of the imperial state was measured from the Million Stone.

Güneştekin wanted his work to touch on and study stones that were millions of years old or stones that had witnessed thousands of years of history. As the creator of the Million Stone, Güneştekin explained the story of his work as follows: "I was inspired by Anatolian, Greek and Mesopotamian legends. In my exhibition of the Million Stone, I did not use any allusion to any gender, oppositely to the subject of Lilith. By this way I show my position on the segregation of any gender."

Matthew Drutt, the American curator of the exhibition said, "Güneştekin offers visitors an immersion in ancient mythology and cultural evolution whose imagery and significance resonate with the tumult of history and politics in play at this very moment in time."

The exhibition's architectural concept is designed by Emre Arolat under the sponsorship of Çalık Holding, with contributions from the Republic of Turkey's Ministry of Culture and Tourism. Started on May 6, the exhibition is open to visitors for seven months until Nov. 22. Throughout the Venice Biennale, art lovers will have the chance to get to know Turkey from another point of view thanks to Güneştekin's art work.
Last Update: May 13, 2015 12:18 am
RELATED TOPICS