‘We call others illegal to legalize ourselves' 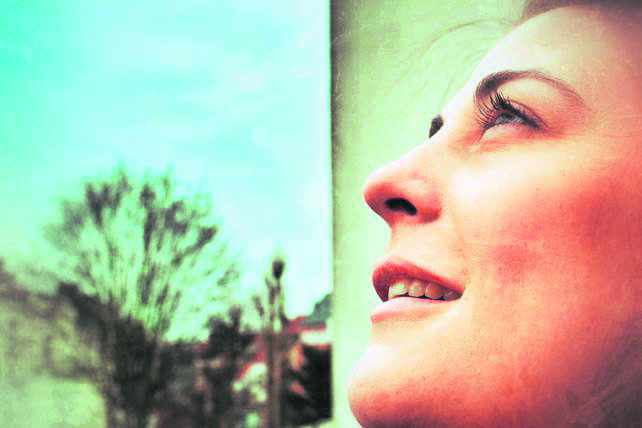 Kadıköy is currently hosting a play about a Syrian girl travelling to the dream land of Europe. Director Mesut Arslan expressed he wants to draw attention to the problem of migration and child immigrants in particular

KAMYON - meaning truck in Turkish -, a play focusing on the travel of a A Syrian immigrant girl, came to light thanks to the efforts of both Michael De Cock from t,arsenaal, a Belgium-based theater project, and Turkish artist Mesut Arslan from Platform 0090, an international and sustainable, contemporary art platform and hub for research, creation, residency, production and presentation of multi-disciplinary art concerning the "Middle West." Belgium-based artistic director Michael De Cock has been investigating migration flows in Europe for more than 10 years - both as an author and as a journalist. Their eagerness to explore the earth we are living on, as well as to depict the society we belong to, is a significant drive of the project. KAMYON recounts a story that touches souls in addition to making individuals contemplate and reflect.

KAMYON will be performed in a truck, which has been designed as a 45 person-capacity theater. Performing a production whose theme is migration in a truck seems fitting, since much illegal immigration occurs in the back of a truck. Moreover, KAMYON will have a wide-range journey from Istanbul to London, stopping by France and Slovenia. 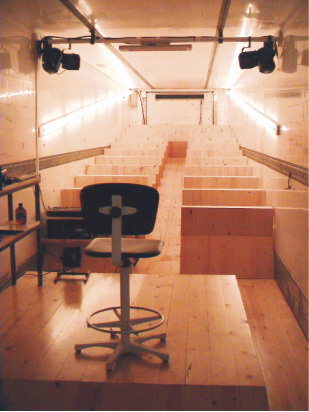 Arslan, who initiated the play in Istanbul's Kadıköy district, is co-directing the event and has contributed his experience to both its concept and dramaturgy. KAMYON is based on the text "Two Small Bags and 10 Million Dreams," which was written by De Cock. The play depicts the experience of an illegal child migrant. A young girl talks about a trip to a dreamland, Europe, and on her travels through Europe, the girl wonders why she can only take two small bags and has to leave all but one, of her toys behind. The play follows the road that many migrants have taken and it will be presented in wide-ranging locations, from Istanbul to England. The audience, the children and their families who listen to her story will experience the long journey across Europe, as the performance develops into a journey itself on the moving truck. From their seats, the audience will watch both the play and the outside world, and will hear live music. In this way, they will become witnesses to everything around them. 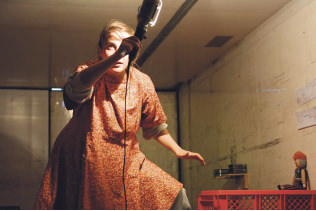 Arslan highlighted that the play is a rare example of a children's play that depicts the story of a migrant child who is traumatized by having to leave her hometown, but who also develops hopes to find a better and safer life. For Arslan, to perform the story of a Syrian girl is significant; however, the aim of the project is independently precious, as the girl's race is not important at all. The girl could have been Asian or Jewish as well. What is ultimately important is the experience of children, no matter where they come from, as children are the most vulnerable ones who deserve the utmost care. They are totally innocent, and the most vulnerable to threats. The artist portrays the case of innocent immigrants with words that will break your heart, such as: "We tend to call others 'illegal' so as to legalize ourselves." The play focuses on migration, Europe and ordinary people with ordinary dreams. The truck itself is a work of art. On the outside, graphic artist Luca Kortekaas has illustrated the theme of the play. Moreover, the main actress, Deniz Polatoğlu, will speak in the native language of the country in which the performance is being staged. Polatoğlu was born in Istanbul, and she studied acting at Mimar Sinan University. She has lived in Belgium since 2006, and has worked previously with t,arsenaal and will continue her collaboration in the fall with "Hidden Face," a play based on a film script by Orhan Pamuk and directed by Arslan. The plays musician, Rudi Genbrugge, was born in Belgium. He plays multiple instruments and is a master at creating soundscape for plays and performances. Last year he taught at a social and artistic project in Ireland, and now he will be touring for a year-and-a-half through Europe with KAMYON. The play will be performed at Kadıköy coast until Sunday 4:00 p.m.
Last Update: May 22, 2015 10:39 pm
RELATED TOPICS