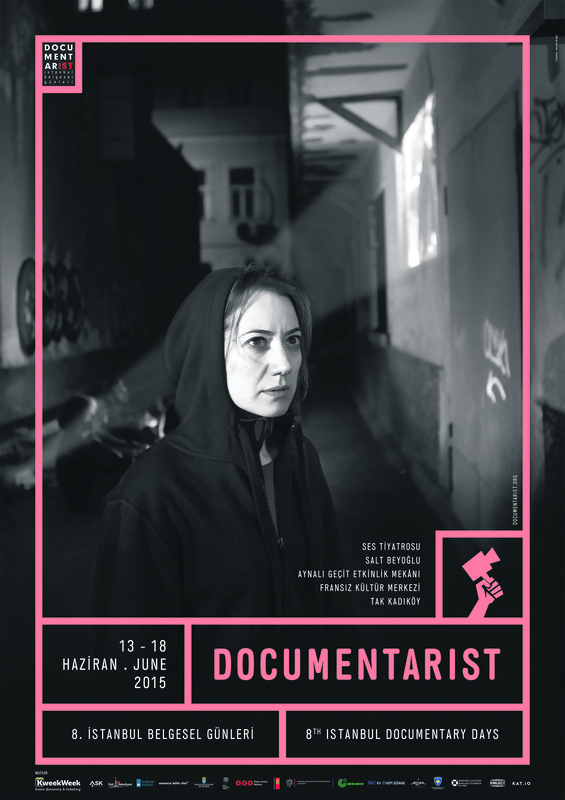 by Alaz Ceren Gönüllü Jun 17, 2015 12:00 am
The eighth Documentarist Istanbul Documentary Days, which screens the most important documentaries of the year, began on June 13 and wraps up today. Both documentaries showcasing global issues and entertaining and light-hearted documentaries were screened. The schedule included screenings by director Stefan Jarl, music and dance documentaries, documentaries by filmmaker Nikolaus Geyrhalter, the documentary "Silence for 1,000 Years" and a comprehensive panorama of Turkey.

There were many kinds of stories that bring together music and cinema under the theme of music and dance documentaries. This part featured 10 important movies depicting an Argentine documentary about dance, "Aramızdaki Yıldızlar" (Living Stars) and "50 Konserde Devr-i Alem" (Around the World in 50 Concerts), which is about Concertgebouw Orchestra's world tour. In the same selection, well-known director Doris Dörrie's film "Şu Sevimli Boktan Hayat" (This Lovely, Shitty Life), about female mariachis, will be screened today. Another musical documentary, "Haykıranlar" (Screamers), referring to System of a Down's concert tour, will be shown today for the first time in Turkey 10 years after it was produced.

Eight movies directed by Stefan Jarl, the honorary guest of the festival, will be screened for the first time in Turkey. On the second day of the festival, Jarl shared lessons from his documentary film perspective during a workshop titled Lighting the Dark Passages. Nikolaus Geyrhalter, an accomplished documentary director from Austria, presented three movies, including "Yıllar Geçtikçe" (Over the Years), which was screened at Berlinale this year for the first time, "Pripyat," which is about the Chernobyl nuclear disaster, and "Günlük Rızkımız" (Our Daily Bread), which is about industrial farming.

The festival featured a special selection at the festival that contained movies that were censored in an attempt to address the relationship between censorship and documentary filmmaking. More than 30 documentaries from Turkey dominated the festival. Seren Yüce, Özgür Mumcu, Aslı-Özgen Tuncer, Reyan Tuvi and Veton Nurkollari were the festival's jurors this year. Additionally, first- or second-time documentary film directors will be awarded the Johan van der Keuken prize as per festival tradition today.

The eighth Documentarist Istanbul Documentary Days will conclude with the screening of the 1926 film "Moana with Sound," which was recently voiced by director Robert Flaherty's daughter, Monica Flaherty.
Last Update: Jun 18, 2015 12:00 am
RELATED TOPICS