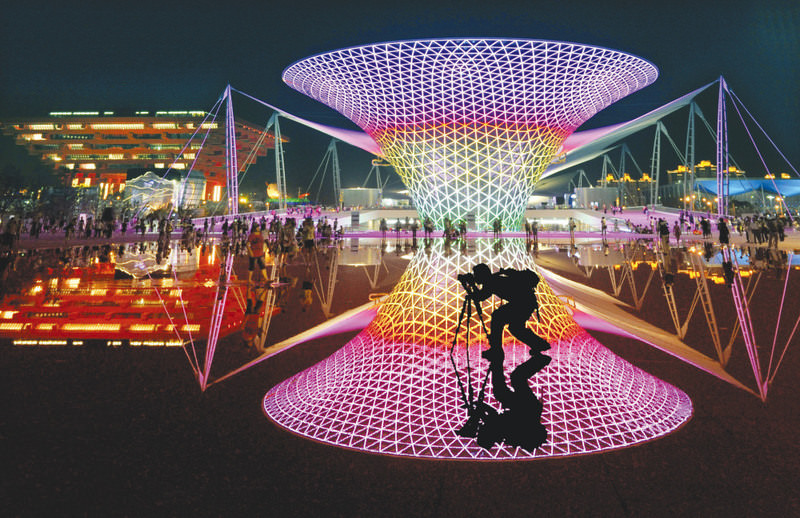 by Daily Sabah with AA Jun 17, 2015 12:00 am
Promoting the Chinese city of Shanghai, the "Muhteşem Şanghay" (Magnificent Shanghai) photography exhibition opened in Istanbul's Özdilek Shopping Mall with the participation of Chinese and Turkish participants this week.

Speaking at the event, Gu Jingqi, China's Istanbul consul general said that Shanghai has reached Turkey, which acts as a bridge between Asia and Europe, through the One Generation and One Road project. Gu said China is ready for concrete cooperation. In May, a delegation under the leadership of Shanghai Mayor Yang Xiong visited Istanbul and Ankara. Gu said the exhibition contributes to the relationship between the two countries and develops the ongoing project. "Shanghai is developing at a rapid pace since China has adopted reform and foreign expansion policies. The city's culture is also developing. Life is stable and in harmony there. Shanghai is China's trade and finance center. The number of local and foreign people who come to Shanghai to have a job and then settle there increases day by day," Gu said. Bülent Erman Tuncer, an advisor at the Istanbul Metropolitan Municipality, said relations between China and Turkey are developing every year. He said Turkey celebrated 2012 as the Chinese Culture Year. One year later, China marked 2013 as Turkish Culture Year.. "We develop cultural bonds between the two countries with different events. The more cultural bonds strengthen, the more our economies and politics develop. Chinese and Turkish people are getting more familiar with each other and will create a new world," he said. Zhu Yonglei, the general manager of the Shanghai Municipality Information Office expressed his happiness to organize the event. Zhu said Turkey's rich and legendary history always attracts interest. He said the relations between Istanbul and Shanghai go back a very long time. Certain media organizations will hold programs about Shanghai for Turkish audiences throughout the exhibition. "Magnificent Shanghai" will run until July 18.
RELATED TOPICS