Let’s have the longest peaceful day at museum yard 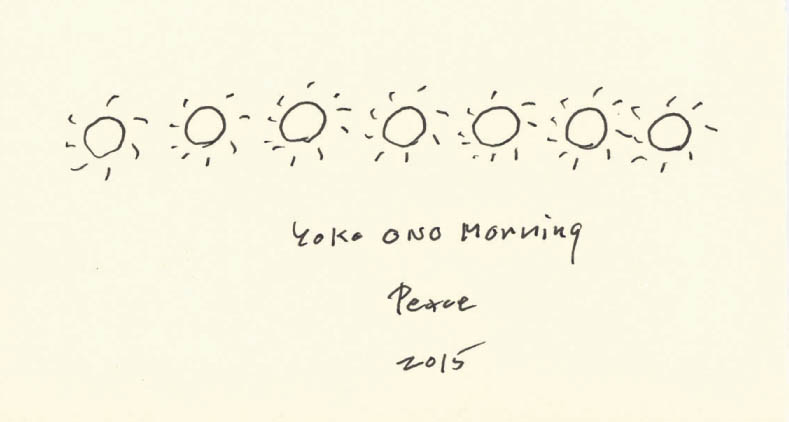 Istanbul Modern offers an organization titled ‘Yoko Ono Morning Peace’ on Sunday, which is the longest day of the year, where participants can attend workshops and yoga sessions or listen to recitals until noon 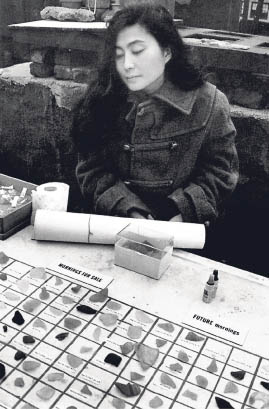 In partnership with the Museum of Modern Art (MoMa) PopRally, Istanbul Modern will present "Yoko Ono Morning Peace 2015" at the museum's courtyard where the temporary installation "All that is Solid," the second temporary installation of the YAP Istanbul Modern: Young Architects Program stands. Taking place on Sunday, the longest day of the year, "Yoko Ono Morning Peace" celebrates the "MoMA exhibition Yoko Ono: One Woman Show, 1960-1971" and the 50th anniversary of Ono's New York performance of "Morning Piece (1964) to George Maciunas." The global gathering at sunrise will be held from 5:30 a.m. to 12:30 p.m.

Morning Piece was first performed in Tokyo in 1964 and on the roof of Ono's apartment building at 87 Christopher Street in September 1965. During these events, participants gathered at sunrise and Ono sold artworks with typewritten pieces of paper attached to glass and other materials. Each piece said a future date and a particular period of morning, e.g., "February 3, 1987 after sunrise," "January 1, 1972 all morning." Ono offered them the possibility of possessing something abstract that is "a future morning" and gives a message "You can see the sky through it." Inspired from the original event, "Yoko Ono Morning Peace" is a sunrise gathering recognized by events across the globe, which allows the celebration to continue for 24 hours as the sun rises in different time zones. Aside from the event designed by the partner institutions, participants are encouraged to create their own events according to the following instructions:

The second event of June running in parallel with the YAP Istanbul Modern program is the play "TÜH!" (Alas!) by dance group Çıplak Ayaklar Kumpanyası (Barefoot Company). Mihran Tomasyon, Gökçe Gürçay and Melih Kıraç will reinterpret the play designed exclusively for the YAP Istanbul Modern on June 25 at 8:00 p.m. The play makes reference to momentary regrets we experience in our relationships or with ourselves and uttering "alas" used when we come across something unexpected when everything in on track. Çıplak Ayaklar Kumpanyası is a collective project established by dancers from different disciplines and with alternative perspectives in 2013.

In collaboration with MoMA and MoMA PS1, Istanbul Modern opened its doors to "All that is Solid," the second temporary installation of the YAP Istanbul Modern: Young Architects Program, and the international "YAP 2014-2015 Finalists" exhibition on June 9, at the museum's courtyard. As part of the program, Istanbul Modern will continue to host different cultural activities including cinema, performance and music. It is sponsored by Garanti Bank, Polimeks Holding and VitrA. "Yoko Ono Morning Peace 2015" is free of charge.