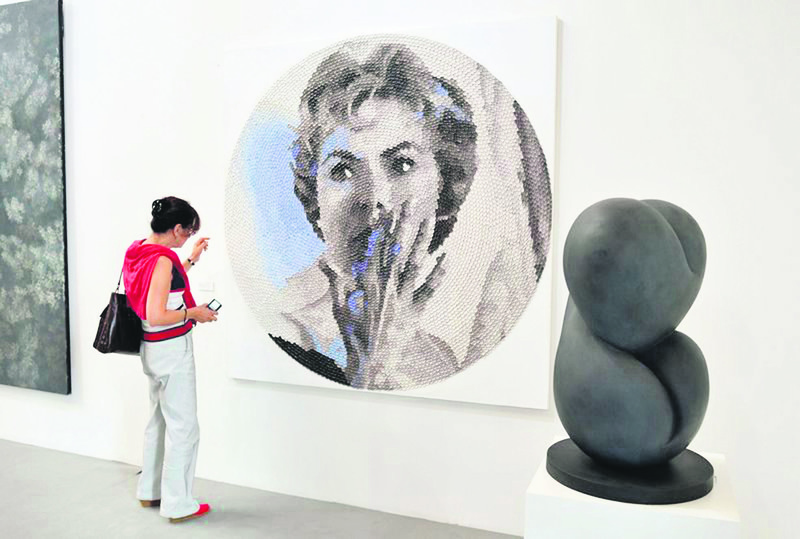 by Daily Sabah Jul 05, 2015 12:00 am
Offering unrivalled access to international contemporary art with a focus on Turkey, the Middle East and beyond, ArtInternational will return for its third edition at the Haliç Congress Center, which will sit along the shores of the Golden Horn in Beyoğlu between Sept. 4 and Sept. 6. The contemporary art fair recently announced its participating galleries. From China to Spain and Italy to Bulgaria, 83 galleries from 24 countries will attend the three-day fair under the management of Dyala Nusseibeh and artistic directorship of Stephane Ackermann. Among the attendant galleries from Turkey are Rampa Gallery, Pi Artworks, ArtSümer, x-ist, Sanatorium, Dirimart, Galeri Nev, Galeri Zilberman, Sanatorium and Galerist. The ArtInternational Selection Committee consists of the Leila Heller Gallery from New York, Galerie Krinzinger from Vienna, Pi Artworks from London and Rampa Gallery from Istanbul. Prestigious artworks from London-based Victoria Miro, the Sakshi Gallery from Bombay, Galeri du Monde from Hong Kong and the Aicon Gallery from New York will be at show for the first time. Nusseibeh said in a press statement that the committee is happy to host art galleries from Eastern Europe, Middle Asia and the Caucasus. "Istanbul continues to be the meeting point of the art world and this dynamic environment reflects in the quality and diversity of the displayed works. This year, the fair coincides with the Istanbul Biennial, too," she said. More than 77 galleries from 24 countries participated in the second edition of ArtInternational in Istanbul. With visitor numbers that exceeded 20,000, the fair attracted an international spectrum of artists, collectors, curators and journalists. Paul Richert-Garcia from Robert Miller Gallery, one of the previous attendants last year, said, "We have been impressed with the number of visitors and interest shown in the gallery artists. ArtInternational's collaboration with ArtFactory allowed us an additional space at the fair to display gallery works and introduce clients to our artists."
Last Update: Jul 05, 2015 8:33 pm
RELATED TOPICS