A new arts and culture platform opens in Antalya 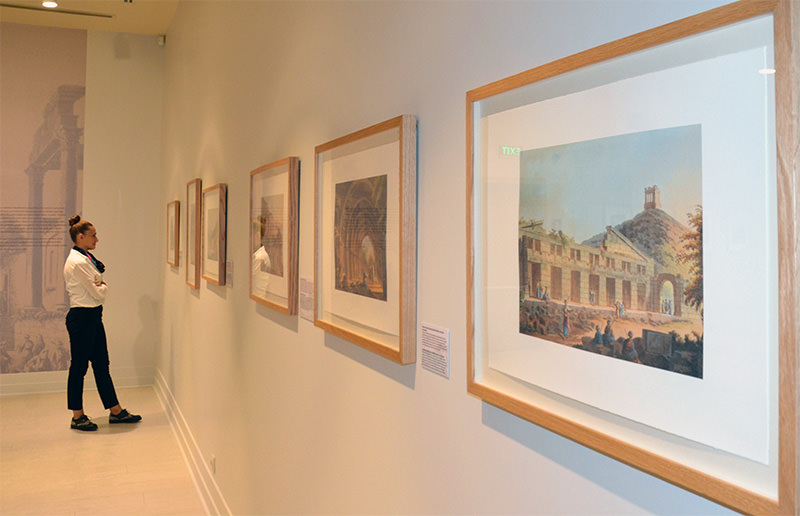 by Daily Sabah Aug 04, 2015 12:00 am
The Mediterranean summer resort province of Antalya aims for a higher number of tourists with its new culture and arts platform "Antalya Kültür Sanat," which will officially open in September. Spread across an area of 2,000 square meters, the four-story center is currently hosting its pre-opening exhibitions of English fashion and war photographer Cecil Beaton and Italian-German artist Luigi Mayer.

Overseen by the Suna and İnan Kıraç Foundation, the building is gearing up for local and international exhibitions in the following months. Established by the Antalya Chamber of Commerce and Industry (ATSO), the building served as the ATSO's headquarters from 1971 to 2008, and later gained its present architectural design thanks to the work of Sinan Gerim. Nilgün Çetin, the ATSO Foundation's advisor, announced in her press statement that the center would be officially opened with two exhibitions honoring Picasso and internationally renowned photojournalist Ara Güler. She said they host volunteer art students who help them with final preparations, and added that special art workshops will be held for children, adolescents and parents.

Çetin stressed that the ATSO is willing to contribute to the city's cultural economy, which will directly affect the Mediterranean region. Previously on display at Istanbul's Pera Museum, Oscar-winning photographer Cecil Beaton's "Portraits" exhibition showcases portraits of artists, actors, writers, intellectuals and royalty from the 1920s to the 1970s, from the collection of Sotheby's Cecil Beaton Studio Archive. Meanwhile, Luigi Mayer's work introduces gravures, representing archaeological findings in Antalya and around the Mediterranean basin during his visits with Britain's Ambassador Sir Robert Ainslie from 1776-1792. Both exhibitions will run until Sept. 6 in Antalya.
Last Update: Aug 04, 2015 8:56 am
RELATED TOPICS