Young vocalists compete in the name of 'La Diva Turca' 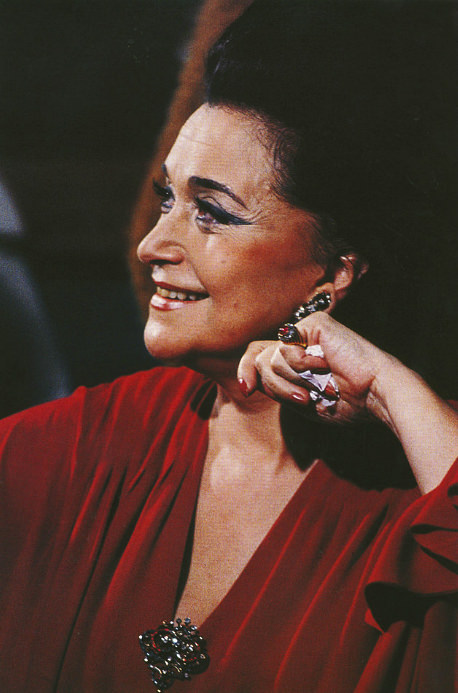 Istanbul will host the finals of the 8th Leyla Gencer Voice Competition between Sept. 6 and Sep. 11 with the participation of 100 young vocalists from 24 countries. The competition is held in the name of Leyla Gencer, the legendary soprano who was known as ‘La Diva Turca'

Co-organized by the Istanbul Foundation for Culture and Arts (İKSV) and Accademia Teatro alla Scala, the eighth edition of the Leyla Gencer Voice Competition will take place from Sept. 6 to Sept. 11 in Istanbul with the collaboration of the Polish National Opera, the Adam Mickiewicz Institute, the Italian Cultural Center and Kadıköy Municipality along with the kind contributions of Borusan Art. The semifinals of the competition will be organized on Sept. 9, and the final will take place on Sept. 11 at the Süreyya Opera Building.

World-renowned Italian soprano Luciana Serra will be on the final jury of the eighth Leyla Gencer Voice Competition. The competition's jury features veterans and opera experts along with its finalists, who stand out for their international careers.

A total of 100 young voice artists under the age of 36 from 24 countries competed in the preliminary auditions held in Paris, London, Berlin, Milan, Warsaw and Istanbul in June. Important figures performed jury duties during the preliminary auditions. A group of 42 artists from 14 countries will come to Istanbul in September to compete in the final series. Among the young voice artists who will perform to make a name for themselves in the world of opera, there are four sopranos, one mezzosoprano, one baritone and one bass from Turkey. The eighth Leyla Gencer Voice Competition will also be overseen by several managers and opera directors from Europe.

The final series will commence with registration on Sept. 6 and continue with non-public quarterfinals on Sept. 7 and Sept. 8. The semifinals will take place the following day on Sept. 9 from 11:00 a.m. to 5:00 p.m., and the audience will be able to watch the voice artists performing their arias accompanied by piano. The eight finalists will be accompanied by the Borusan Istanbul Philharmonic Orchestra and perform their arias in front of the audience and the jury.

The jury of the competition, which will name the rising stars of the world of opera, will be led by Italian soprano Luciana Serra, who undertook leading roles in many productions from the Metropolitan to Covent Garden, the Salzburg Festival and the Berlin Philharmonic. Although the full list of jury members will be made public in a few days, there are some jurists whose memberships are set. Royal Opera House Jette Parker Young Artists Program Director David Gowland, the chief director of the Turkish State Opera and Ballet General Directorate Yekta Kara, the casting director of Opera Narodowa Izabella Klosinska, Opéra de Rennes Director Alain Surrans and Teatro la Fenice Artistic Director Fortunato Ortombina are some of the people on the jury. The winner of the eighth Leyla Gencer Voice Competition will receive 12,500 euros, second place will receive 7,500 euros and third place will be granted 3,500 euros ($3,800). A competitor will receive the Accademia Teatro Alla Scala Special Award and three-month scholarship at the Accademia Teatro alla Scala, and the voice artists who are granted the Polish National Opera Special Award will have a chance to perform in a production of the Polish National Opera. The winner of the Leyla Gencer Audience Award, chosen by audience vote, will perform in a concert in the 44th Istanbul Music Festival in 2016.

The competition is held in honor of Leyla Gencer, who was known as "La Diva Turca" and was applauded around the world. She is shown as a reference for her performances that introduced many talented artists to the world of opera. Egyptian soprano Fatma Said, who won the first prize along with Audience Award at the seventh Leyla Gencer Voice Competition, performed at the Culture for Peace and Human Rights Concert in Geneva in December 2014 as a part of events organized by the United Nations.

After winning the sixth Leyla Gencer Voice Competition, South African soprano Pretty Yende went on to collect all the major awards at the Operalia in 2011 and launched a dazzling career that took the world opera scene by storm. The second prizewinner from 2010, Turkish baritone Kartal Karagedik continues his career in Germany as the soloist with the Magdeburg and Erfurt operas. Coloratura soprano Pervin Çakar from Turkey, who was the third prize winner the same year, continues her career as a soloist in various operas in Italy and gives concerts around Europe. Winners of the previous editions of the Leyla Gencer Voice Competition, such as the Georgian sopranos Nino Machaidze and Anita Rachvelishvili, Argentine tenor Marcello Alvarez and Serbian baritone Nikola Mijailovic, are now pointed to as among the brightest stars in the world of opera.
RELATED TOPICS