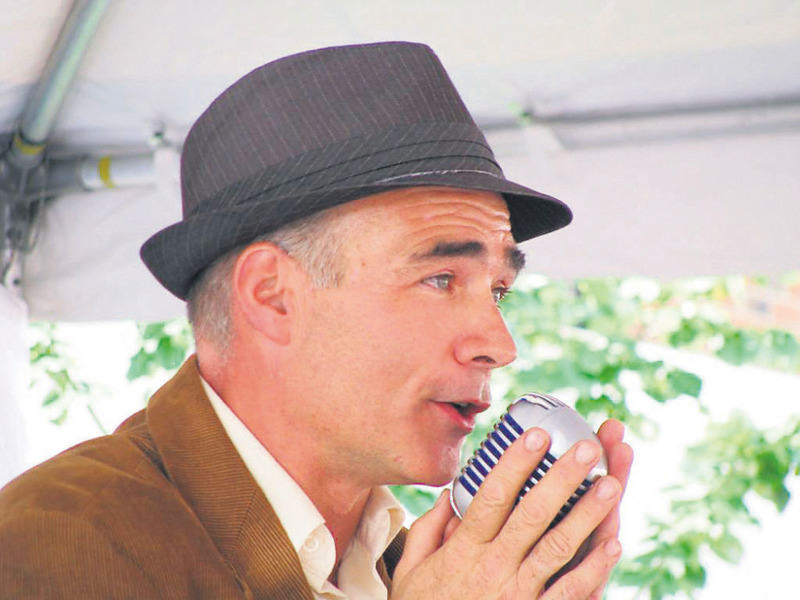 by Associated Press Aug 10, 2015 12:00 am
He was the velvet voice in the hard hat, a karaoke-loving ironworker whose serenades from a subway construction site briefly became a New York City sensation.

Four years after his brush with fame, the "Second Avenue Sinatra" is being sought after for a darker reason: He's been missing since he left his house shortly after midnight July 28.

Police and relatives have been searching for Gary Russo, whose construction-site stage lent a new twist to the "if I can make it there, I'll make it anywhere" message of "New York, New York," a song he covered. But the limelight faded somewhat over the years, and although Russo has continued performing, a close friend says he recently seemed at a loss about where to concentrate the creative energy he has credited with changing his life.

Russo's car was found, empty, near a stretch of reeds in the outer-city neighborhood of Howard Beach on Monday, said Rich Belziti, a longtime friend involved in the search.

Russo was helping build the future Second Avenue subway under Manhattan's Upper East Side in late July 2011 when he decided to use his lunch breaks to try something he yearned to do: sing in public.

With a karaoke machine and a hand-lettered sign inviting local residents to forget about construction noise and enjoy the music, he started crooning such tunes as "Mack the Knife" and "Sweet Caroline."

Within weeks, Russo was featured on ABC's "Good Morning America," was declared "The Best New Thing in the World Today" by MSNBC host Rachel Maddow. He performed at Manhattan's storied Blue Note jazz club and was asked to sing "New York, New York" at the start of the New York City Marathon.

"It was only when I set out to do what I loved singing for others ... that I really found what I was looking for. Myself," Russo wrote in a 2012 self-help book he co-authored with a psychologist cousin.

But Russo's job-site shows proved short-lived: He was transferred to another location after about a month and said the act didn't fit in there. The crush of calls from TV networks slowed, though Russo has continued to sing at the marathon, appears periodically in other venues and makes motivational speeches.

Lately, he had been renovating a houseboat and working on a host of creative projects, including a play about his life, says Apryl Nebozenko, a friend who performs with him.

But Russo seemed uncharacteristically down and drained at a gathering at her home July 12, saying he "didn't know how to focus his energy," she recalls. She urged him to read some inspirational books, and he seemed more upbeat when they spoke about a week later, she said.

"He really wanted to please everybody, and I think he just got burned out," she said Friday. "I, personally, think he's out there and just needs to check out for a while."
Last Update: Aug 10, 2015 2:29 am
RELATED TOPICS