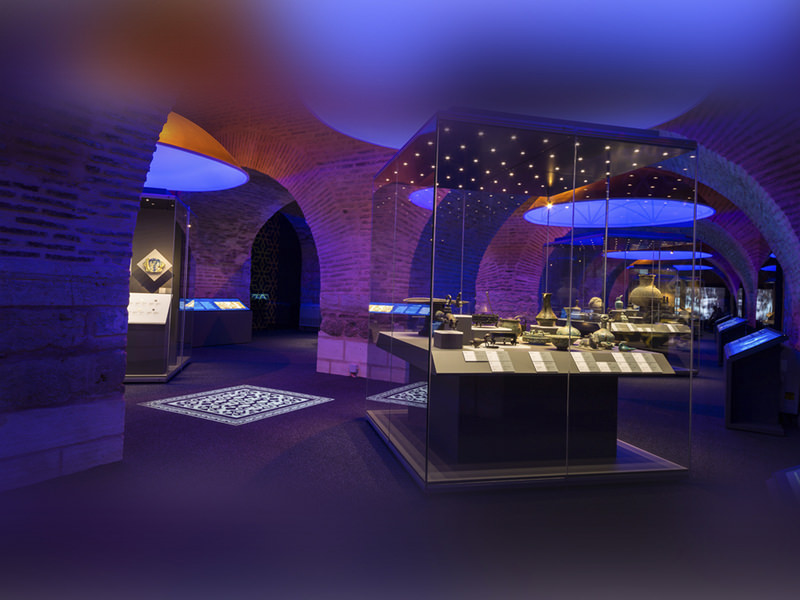 With its diverse and rich history extending over 300 years, the Seljuk Empire, which originally emerged from the Oghuz Yabgu State in Central Asia, is the subject of an extensive exhibition "100 Yılın Şahitleri: Selçuklular" (The Witnesses of 100 Years: Seljuks) at the newly renovated Museum of Turkish and Islamic Arts in Istanbul's historic Sultanahmet Square.

Taken from numerous museums and institutions, 227 Seljuk-era works are shown in 14 categories: History of the Seljuks; Dynasty and Power Symbols; Power and Siyasatnames; Architecture, Cities and Buildings; Symbolism, Knots and Patterns; Religious and Sufism; Daily Life and Society; Daily Life and Houses; Trade, Caravanserais and Roads; Palace and Architecture; Palace and Magnificence; Palace and Entertainment; Palace and Love, and Palace, Hunt and War. 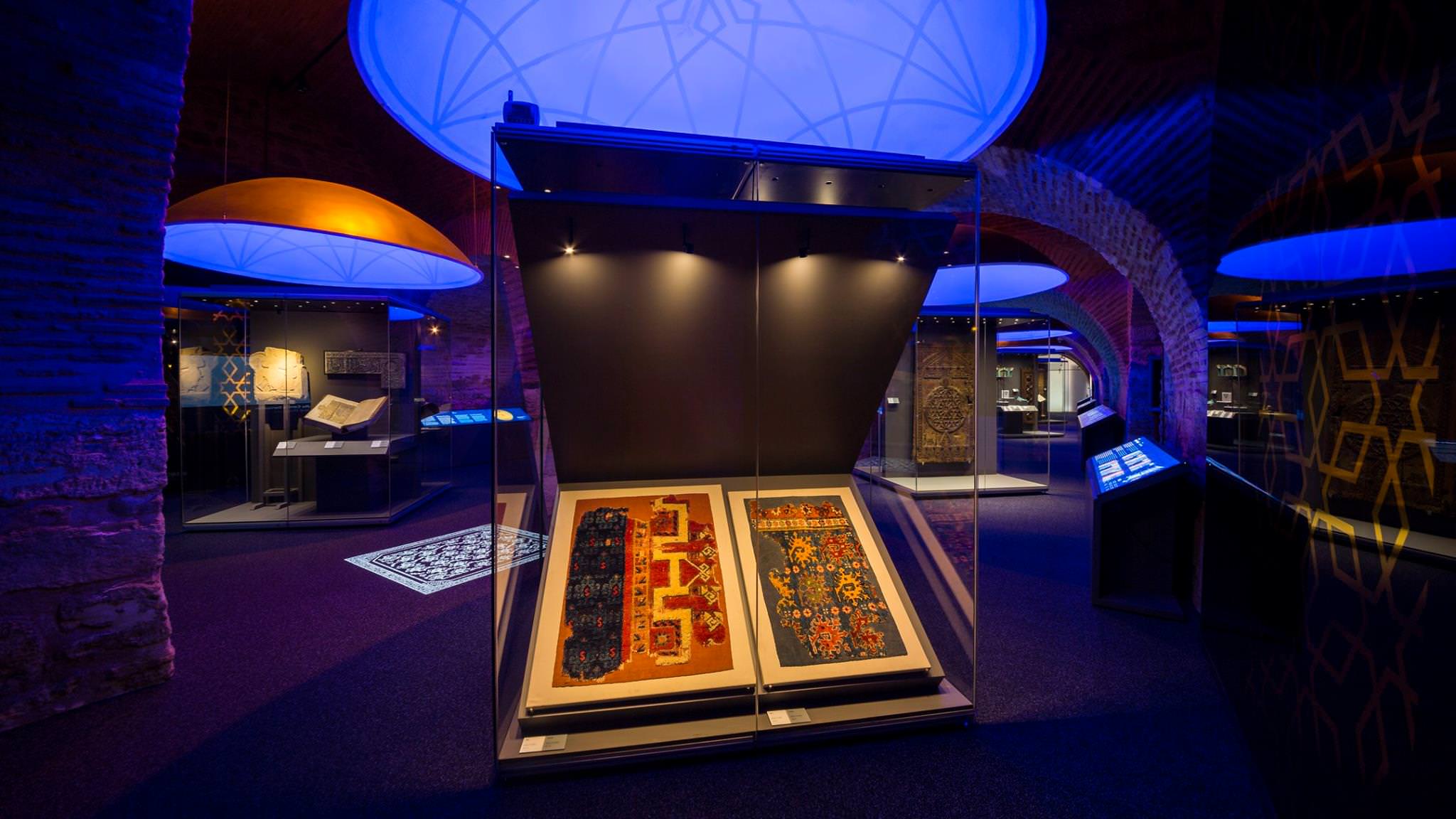 Taken from numerous museums and institutions, 227 Seljuk era works are shown in 14 categories such as Dynasty and Power Symbols; Architecture, Cities and Buildings and Religious and Sufism.

The attentively designed sections bring the medieval Turko-Persian empire to life. The empire occupied a vast area stretching from the Aegean and the Mediterranean coasts in the west, the Aral Sea, Caspian Sea and the Caucasus in the north and the Arabian Sea in the south. The Muslim Seljuks created a Turkic homeland in Anatolia notably after they defeated the Byzantine army at the Battle of Manzikert in 1071 and reached its largest borders under the rule of Sultan Alp Arslan and Sultan Malik Shah. Being both the founder of the Seljuk Empire and the Sultanate of Rum, the dynasty maintained its existence until the 13th century. 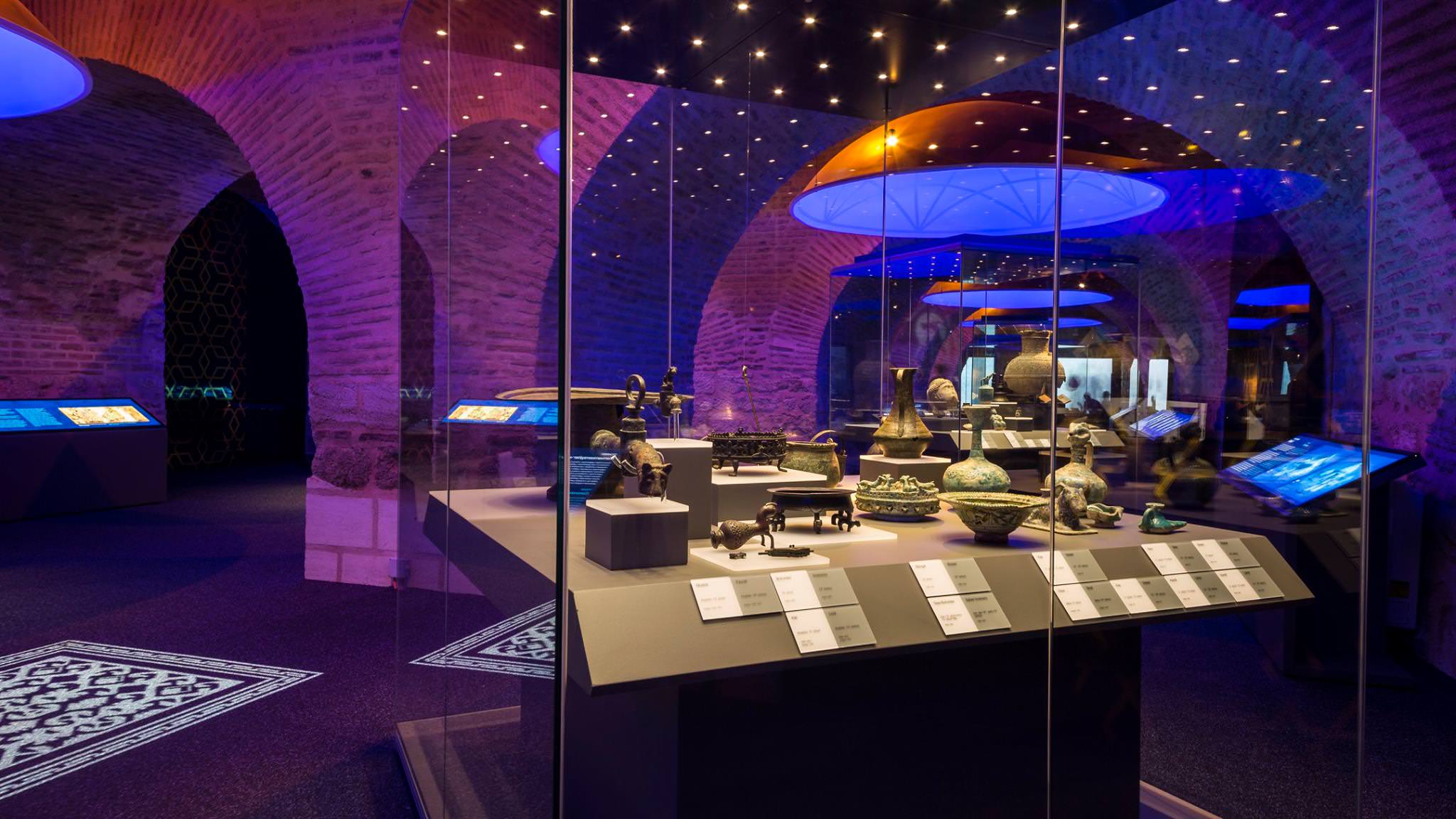 Rare manuscripts as well as the three biggest work of Sufism including Rumi's "Masnavi," Ibn Arabi's "Futuhat-i Mekkiye" (The Meccan Revelations) and "Fusus al-Hikem" (The Bezels of Wisdom) are on display at the exhibition venue, beautifully shown with a blue background. In each section, aficionados of Islamic art can watch cinevision shows screening important incidents from Seljuk history. Visitors hear the call for prayer when they enter a special section displaying some rare examples of the Quran. From education to arts and architecture to trade, the exhibition examines the Seljuks' cultural knowledge in depth. 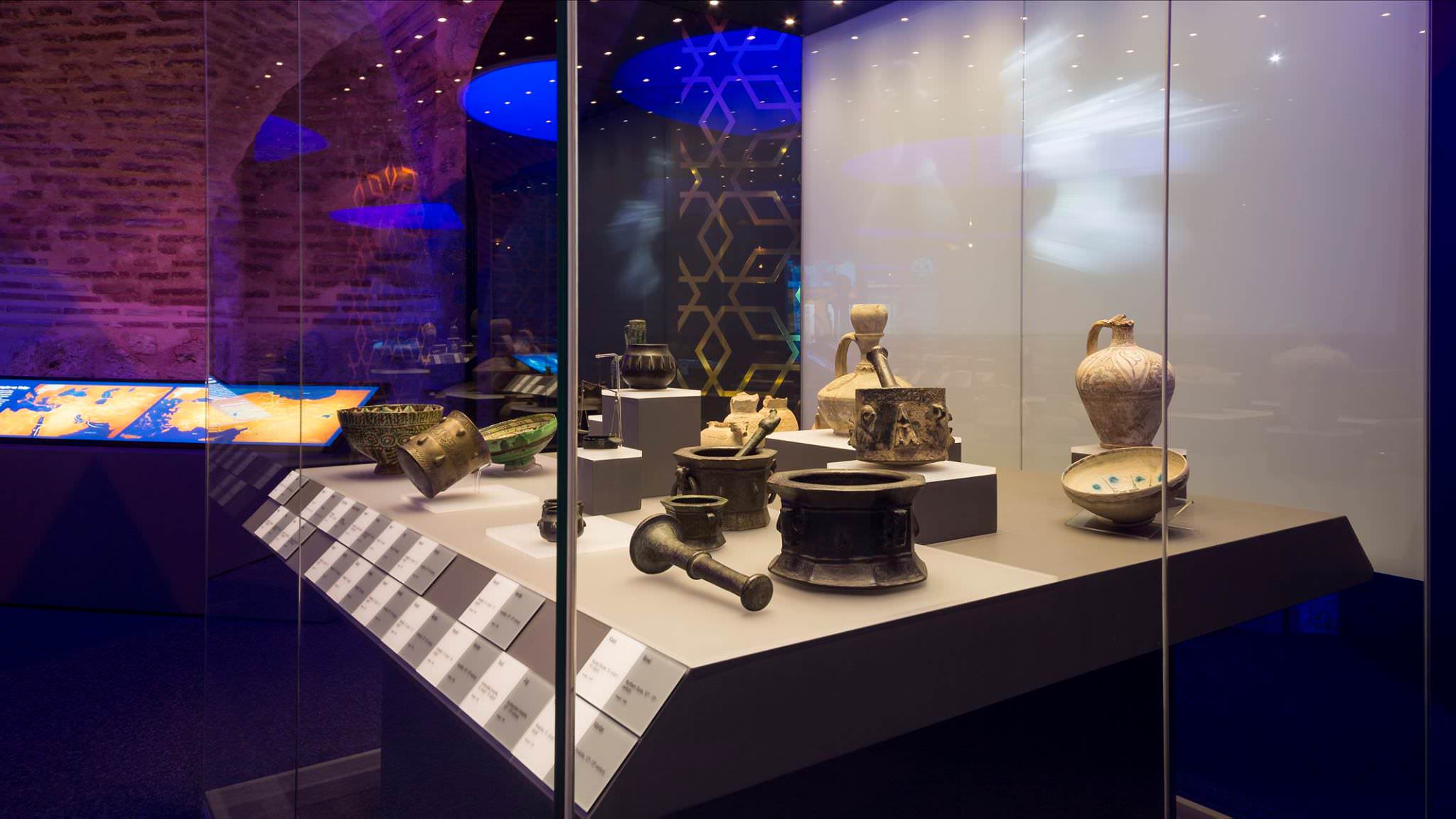 The next attention-grabbing section is Power and Siyasatnames, which showcases some Books of Governments, known as "siyar al-mulk," which are specially written works with recommendations for statesmen and emperors to maintain justice within imperial borders. Covering political, religious and ethical issues, one of the most famous Siyasatnames was written by Nizam al-Mulk, a Persian scholar and Seljuk vizier in the 11th century. Upon the request of Malik Shah, Nizam al-Mulk wrote the 50-chapter work shedding light onto all religious and political notions along with troubles that an empire can face. 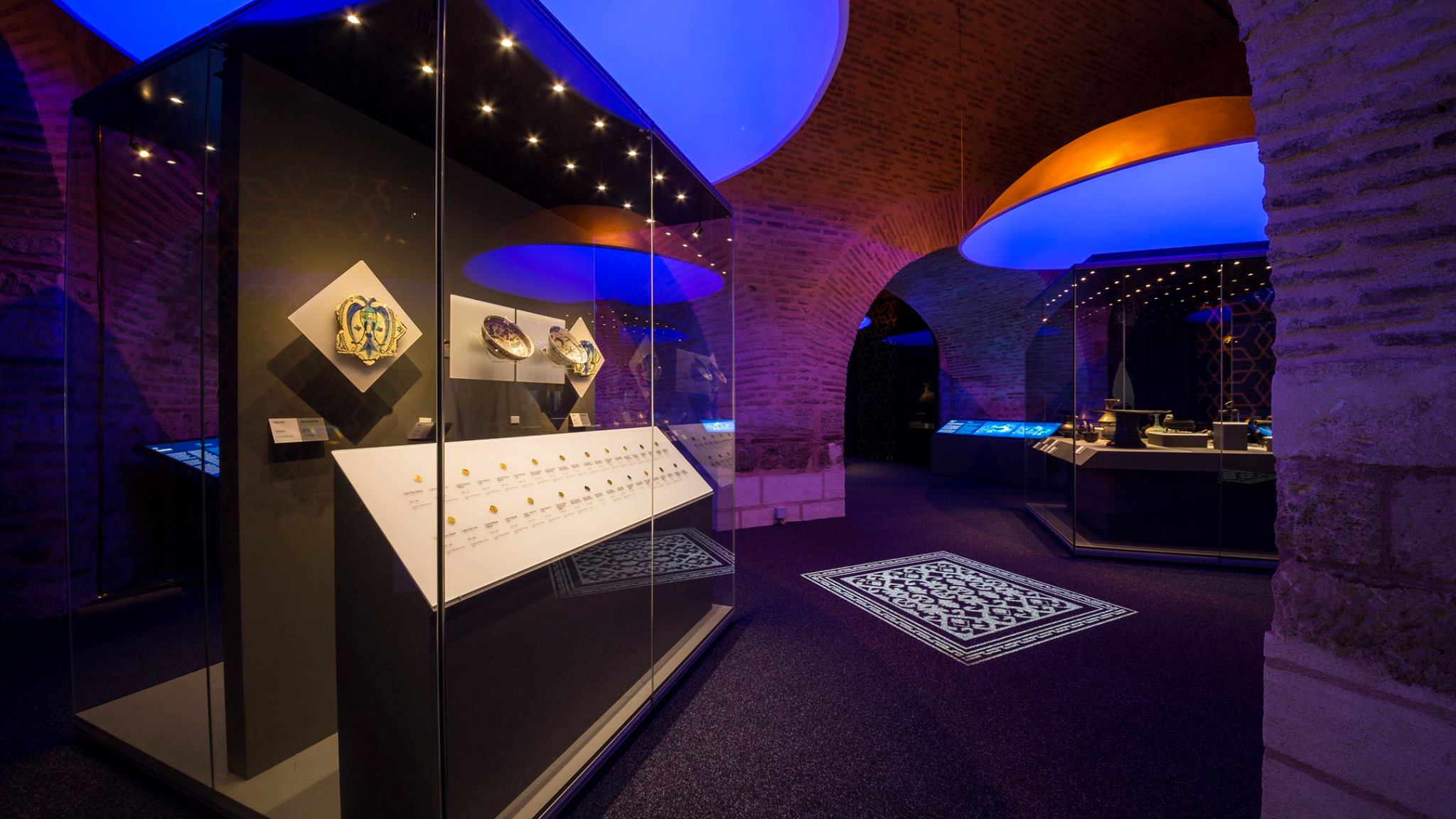 With support from the Cultural Heritage and Museums General Directorate, the vast collection was curated by Sevgi Kutluay. The Beyazıt Library, Istanbul Archeology Museum, the Department for Manuscripts of Turkey as well as Karatay Madrasa Museum, the Mevlana Museum, and İnce Minaret Madrasa Museum in Konya are some of the institutions that the historical works were brought from. The Selçuklu Municipality of Konya, the former Seljuk capital attracting international attention with its architectural landmarks and medieval monuments, contributed to the exhibition. Having started on June 28, the exhibition will run until Sept. 30.
Last Update: Aug 17, 2015 9:59 am
RELATED TOPICS