Unpublished photos of royal wedding reception up for auction 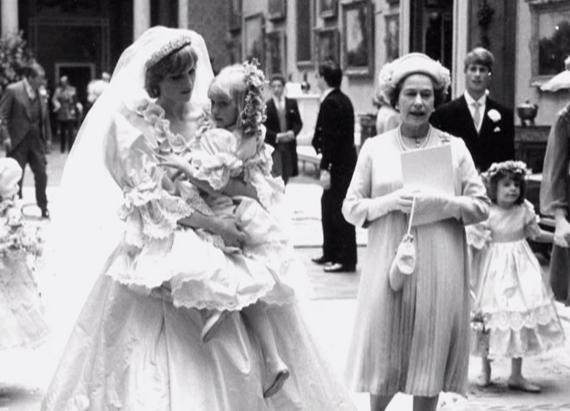 by Aug 17, 2015 12:00 am
A set of behind-the-scenes photographs from Princess Diana's wedding to Prince Charles is going up for auction in Boston next month. The images, some in black and white and some in color, show Diana in her flowing white wedding gown interacting with her family in candid scenes away from the wedding spectacle. The images were taken in July 1981 at the reception at Buckingham Palace after the major fanfare of a ceremony at St. Paul's Cathedral, according to RR Auction. They came from a collection belonging to an assistant to photographer Patrick Lichfield, a cousin of the queen, who had extensive access to the royal family.

Three of the images show Diana holding her youngest bridesmaid, a five-year-old. In addition to Diana, the images include Prince Charles, Queen Elizabeth, Princess Anne and Princess Margaret. In 1996 Diana divorced from Charles, shortly before her death in a car crash in Paris in 1997. The 14 images will go on sale on Sept. 24 at a Boston area auction house.
RELATED TOPICS