Seafood not on a plate but on canvas 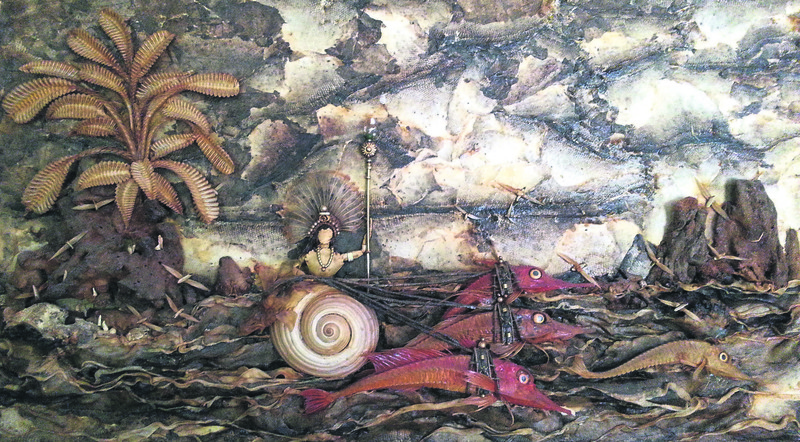 Painter and diver Nedim Celkan has been making sculptures and paintings using seafood for the last 40 years. The artist designs in his workshop in Datça and invites people who want to name his unique art to visit

Painter and diver Nedim Celkan, 70, has dedicated his life to art and the sea. He is originally from Erenköy, Istanbul, and began painting by drawing film posters when he was 15; however, he quit drawing posters once cinema halls began to close. He then began drawing comics. His cartoon characters appeared in three of the most important newspapers of the time. This success enabled him to produce printed art as well as oil paintings in his workshop in Cağaloğlu. When he found it hard to do both printed art and oil paintings, he stopped making print art. 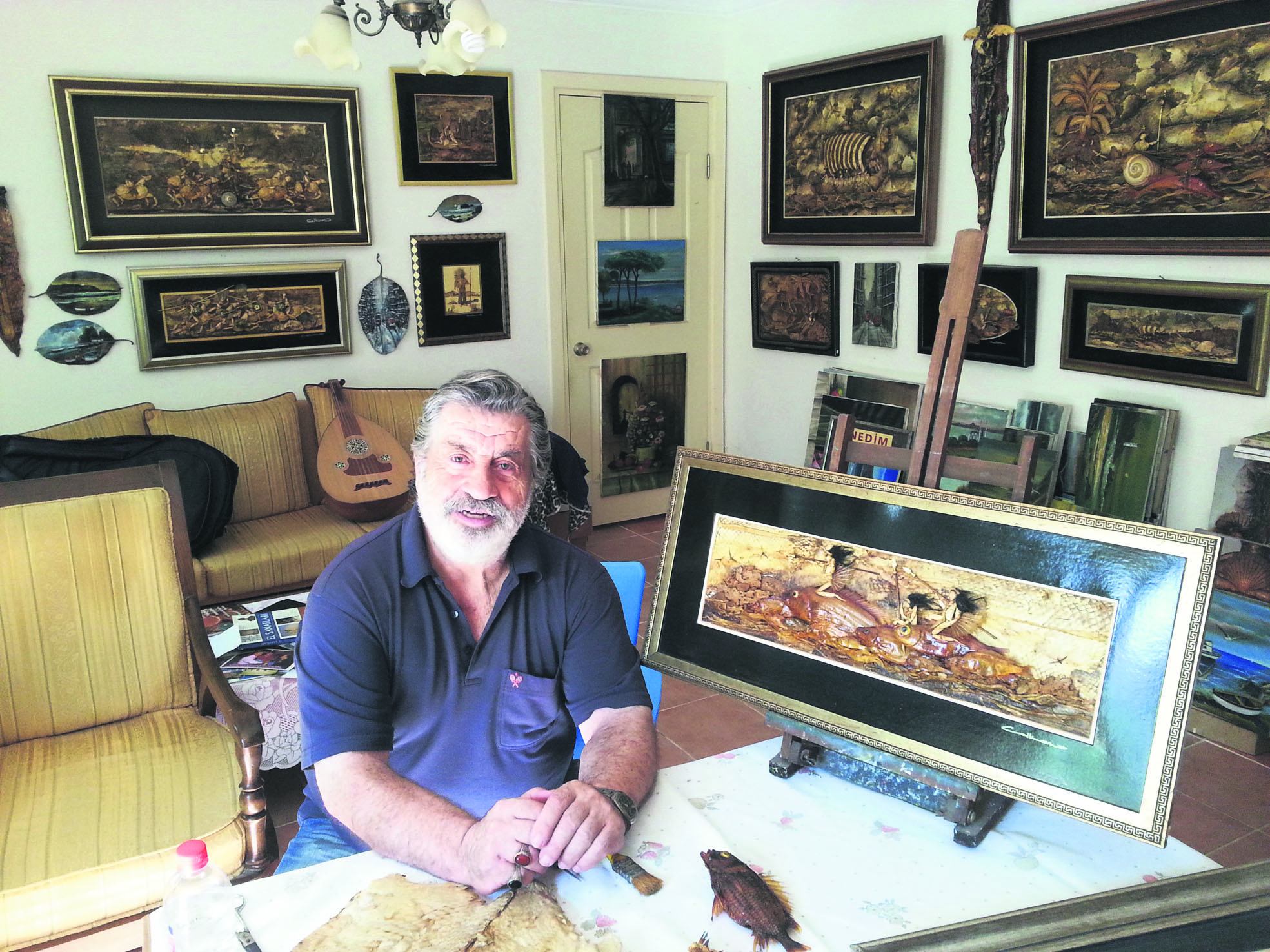 Celkan characterizes his work as the "art of seafood." He applies his special formula to fish, crab, seashells, algae and other sea creatures and dries them. He finishes his paintings in three to six months according to their size and produces one-of-a-kind works of art.

By the 1960s, he became an expert on Istanbul's shores, as he began free diving out of his passion for the sea as well as his curiosity. Although he came back from the threshold of death many times, he did not even once consider quitting what he did with passion. When he could not dive anymore, he continued his love of the sea by fishing. During that period, Celkan also began collecting various fish and seashells. After he evolved his drawing talents using oil paint, he began searching for new things, as he wanted to make a difference. He came up with the idea of painting with materials that come from the mysterious world of the sea, while he continued creating art in his workshop in Çınarcık, Yalova. Celkan remembered those days: "I had been collecting and drying seashells and fish since the beginning of the '60s. I began to make mythology-themed paintings with dried fish based on my art and passion for diving and collection. Everybody was doing oil paintings. I told myself that I have to produce original work and introduce a whole new art form. There is no one else in the world that produces the same art as I do."

Although he could not hold exhibitions in certain galleries, as he is not an art school graduate, he did not give up and struggled fearlessly. That is how he managed to exhibit his original works. He opened his first exhibition, titled "Artistic Works from Seafood," at the Emlak Bank Art Gallery in 1989. He characterizes his work as the "art of seafood." He applies his special formula to fish, crab, seashells, algae and other sea creatures and dries them. He finishes his paintings in three to six months according to their size and produces one-of-a-kind works of art. Celkan has produced more than 300 paintings and sculptures during his 40-year career, and has also held 87 exhibitions across Turkey, including in Istanbul, Marmaris, Bodrum and Datça. "I have never had a master. My works are unique. I am the only artist in the world who produces artwork from seafood," he said. People who see his works cannot hide their astonishment and surprise. As Celkan's works look like historical artifacts as the years past, he said some people had doubts about his works when he first put them on sale. "Some people think that my works are historical artifacts and are afraid to get close," Celkan said, laughing. 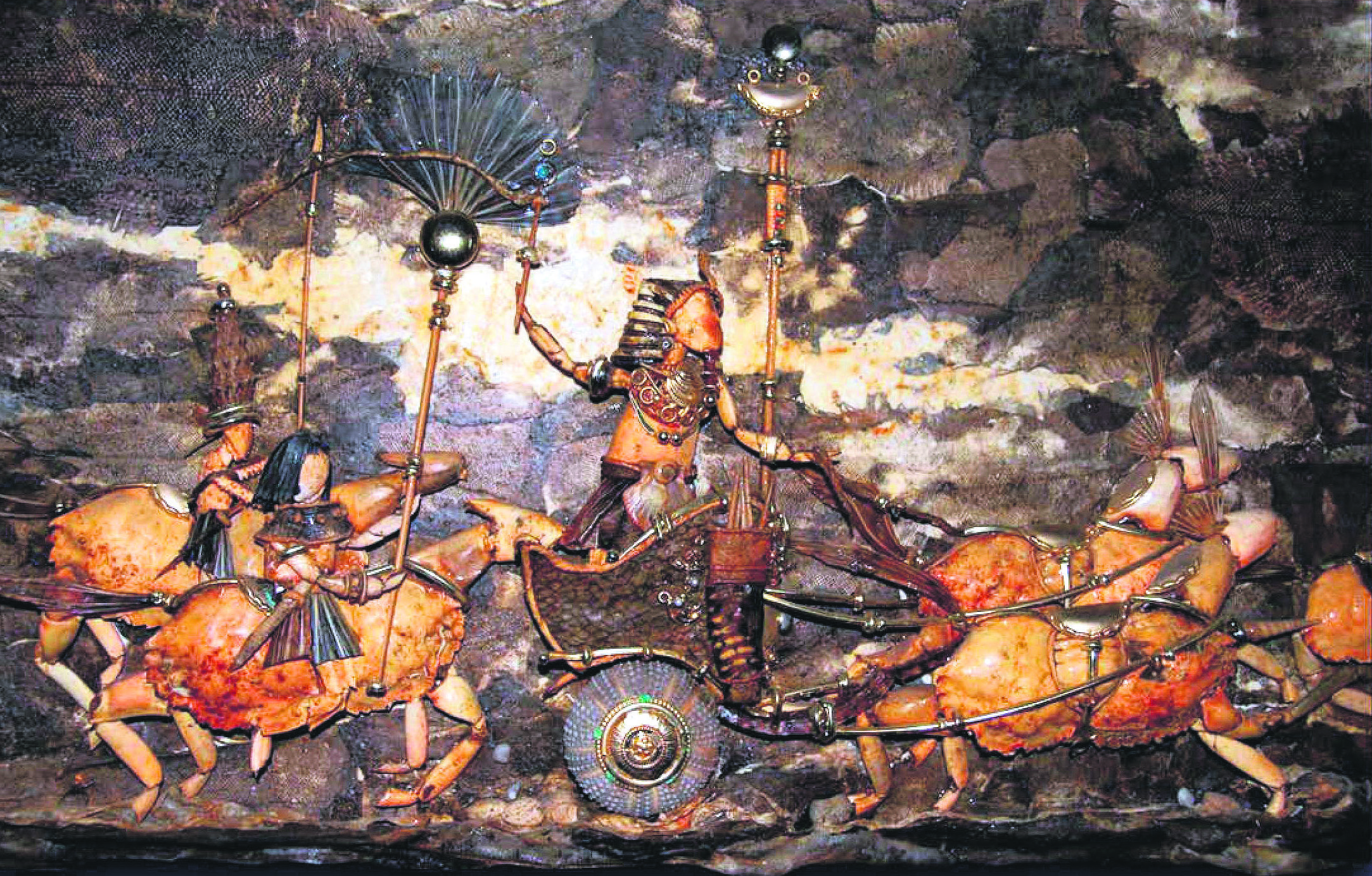 Celkan does not dive anymore because he suffered decompression sickness in Datça, but he continues to paint with seafood using the collection he has gathered over the years. "There is more under the sea than what is above it," he said. "I am in love with the sea. Unfortunately, I suffered decompression sickness in Datça and came back from death. I have not been able to dive since then. I am using the dried fish and seashells that I collected years ago. My paintings are made of fish from the Aegean, Mediterranean and Marmara seas; I do not use paint. The skins of the fish are colorful but the colors fade away over the years and they look like antiques. Furthermore, there are no sculptures in the world that are made of fish although there are many sculptures made of copper, iron, wood and brass. My sculptures are representations of mythological characters. For instance, I have a sculpture that is 1.92 meters tall."

Celkan is very interested in mythology, so he continues to use mythology as a theme in his art. His biggest dream is to be able to open a museum in Datça to display his unique art. Celkan's works are also featured in the Naval Museum in Beşiktaş.

"I want my work to be valued. If a sponsor backs my works, I want to open an exhibition abroad. I call my work the 'art of seafood,' but if anybody has a better idea I am open to it. I invite everybody who wants to name my work to Datça," Celkan said, adding he wished his work were appreciated more.
RELATED TOPICS