‘The Walk' puts audiences on edge of Petit's tightrope dream 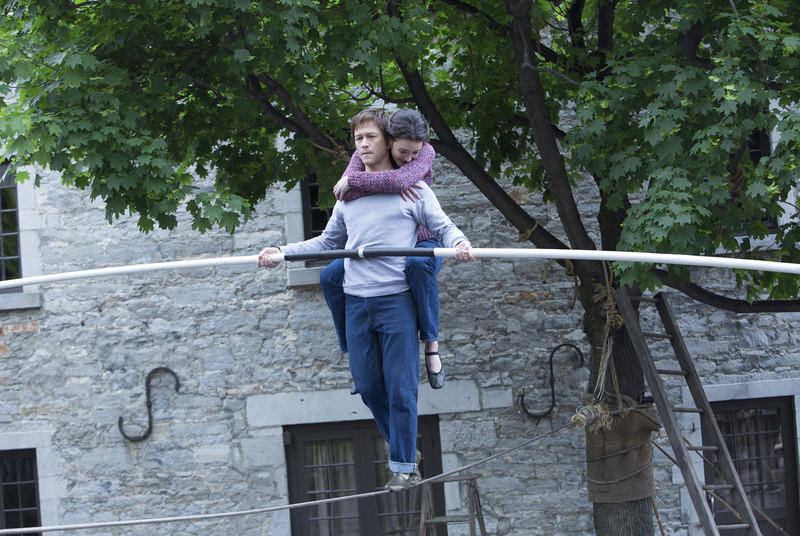 by reuters Sep 30, 2015 12:00 am
When director Robert Zemeckis decided to recreate French wire-walker Philippe Petit's famous walk between New York's Twin Towers on the big screen, he wanted to put audiences on edge. Literally. "We actually worked really hard and studied and made sure we did everything we possible could to evoke vertigo in the audience," Zemeckis told Reuters.

Sony Pictures' "The Walk," out in theaters in 3D on Friday, tells the story of the quirky Petit and the events that led up to a misty August morning in 1974 when he strung cables between the Twin Towers and walked across the gaping void. Recreating that vantage point in 3D places audiences alongside Petit (played by Joseph Gordon-Levitt). When Gordon-Levitt walks across the rope, the audience moves with him. When he looks down, the audience too takes in the stomach-churning drop of more than 1,300 feet (396 meters). Zemeckis, known for special effects movies such as "Back to the Future" and "Who Framed Roger Rabbit," researched Petit's walk from the archives.

"We used every film effects technique that exists," he said. "The illusionist in me likes doing that because by mixing it up, then you can't see the trick."

Petit's illegal stunt saw him walking between the towers for nearly an hour as police raced up to the roof to try to stop him, only to watch helpless as he performed tricks, laid on his back, and knelt down on the wire, all without a safety harness. The film uses a variety of techniques to bring the Twin Towers back to life, 14 years after the Sept. 11, 2001 airplane attacks brought them crashing down. It ends with their shimmering image. "I wanted to be respectful to the memory of the towers, and I also felt strongly that in the whole existence of the towers, as monumental as their destruction was, there were also moments in their history that were actually kind of moving and human," Zemeckis said.

"(Petit) did something human and maybe even spiritual... when he unified them with that cable, brought them, tied them together and then put his body out in the void between," Zemeckis said. Petit, now 66 and living in New York, personally trained Gordon-Levitt to walk a wire for the movie. "When I hear him (Petit) speak about them, not as concrete, glass monoliths, but as breathing organisms, I thought that's what I should do, that's how I should present them, as if they were his partners," Zemeckis said.
RELATED TOPICS