Translations will be rewarded in the name of Talat Sait Halman 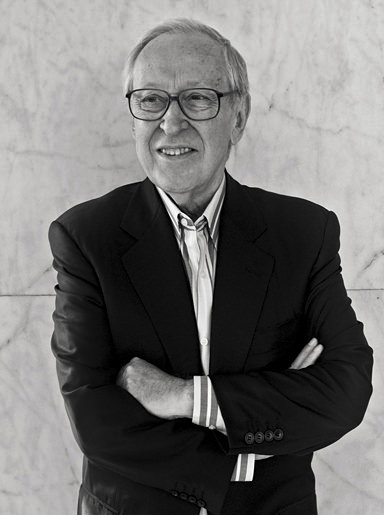 by Zeynep Esra İstanbullu Oct 23, 2015 12:00 am
The Istanbul Culture and Arts Foundation (İKSV) has initiated a new encouragement award to promote qualified literature translations in the poetry, story and novel categories. Named in honor of Talat Sait Halman, Turkey's first culture minister who died last year, the Talat Sait Halman Translation Award will be given by the İKSV ever year. Halman was also the İKSV's chairman of the board of Trustees from 2008 to 2014.

Translators or publishing houses can submit their applications for the award. They are required to present a literature translation from any language into Turkish, which was published prior to the award year. The best translation will be chosen by a committee and the winning translator will be given a monetary award of TL 15,000 ($5,195). The announcement will be made in December, and the submission process will remain open until Nov. 6. The applications can be sent to tshbasvuru@iksv.org or submitted to the İKSV's Beyoğlu headquarters via mail. The terms of the application can be found on İKSV's website: www.iksv.org. The selection committee is chaired by author Doğan Hızlan, translator and author Sevin Okyay, translator Ahmet Cemal, author and translator Yiğit Bener and author and translator Kaya Genç.

Born in 1931 in Istanbul, Halman graduated from Robert College in 1951 and received a master's degree from Columbia University in 1954. He worked as a lecturer at Columbia University, Princeton University and the University of Pennsylvania for 30 years. For 10 years, he was the chair of the Near East Languages and Literature Department at New York University. In 1998, he founded the Turkish Literature Department at Bilkent University and acted as the chair of the department. Later, he worked as the dean of the Faculty of Social Sciences and Letters.

Aside from being Turkey's first culture minister and the ambassador for culture affairs, Halman was a vice delegate at the U.N. and a board member of the advocacy organization PEN in the U.S. For four years, he served as a board member of UNESCO as well. In 2003, he was appointed as the president of UNICEF Turkey's National Committee, and From 2005 to 2014, served as the chairman of İKSV's Board of Trustees.

Halman published more than 5,000 poetry translations, 3,000 articles and essays and 75 book translations. He also wrote 30 English books featuring examples from modern and classical Turkish literature. Halman was the principal editor of the Journal of Turkish Literature, the first Turkish literature journal in English. Some of his books were translated into German, Chinese, Persian, French, Hindi, Spanish, Russian, Hebrew and Urdu. He published two poetry books in English as well that were compiled by Iş Bankası Publishing House under the title "Ümit Harmanı" (The Harvest of Hope). He translated all of Shakespeare's sonnets into Turkish, and his last book featuring 4,000 verses was "William Shakespeare: Aşk ve Anlatı Şiirleri" (William Shakespeare: Love and Narrative Poems), where he translated all works of Shakespeare into Turkish.

Among his honors and awards are honorary doctorates from Boğaziçi and Ankara University, a UNESCO medal, the "Thornton Wilder" Translation Award from Columbia University, "The best Turkish University Lecturer Award" from the U.S. government and Outstanding Service Award from the Foreign Affairs Ministry and Turkish Academy of Sciences (TÜBA). He also holds the title of "Knight Grand Cross" (G.B.E.), referring to the Most Excellent Order of the British Empire.
RELATED TOPICS