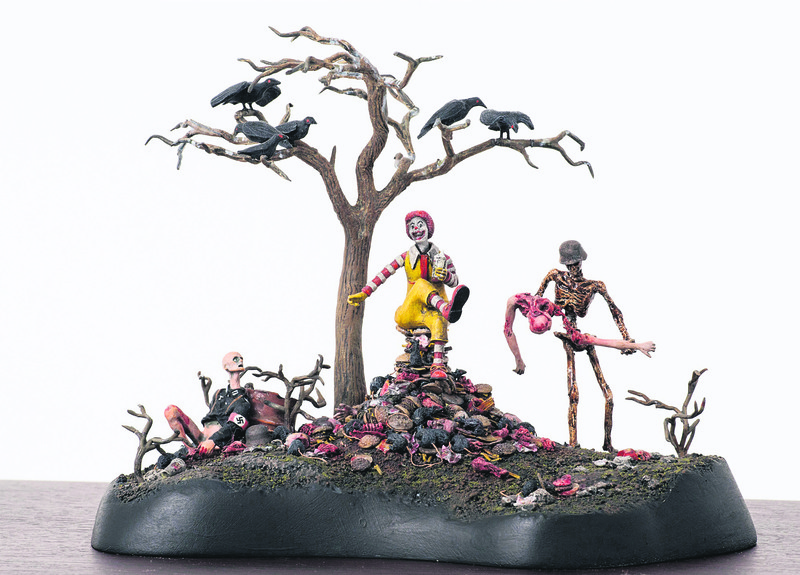 Contemporary Istanbul, the region's premier international art fair, will take place at both the Istanbul Congress Center and the Istanbul Convention and Exhibition Center from Nov. 12-15. For the 10th exhibition, 102 galleries from 24 countries will participate

A decade ago, Turkey's art saw a steady and markedly impressive rise in the international art scene - in no small part due to the inception of Contemporary Istanbul (CI) in 2006, the first art fair in Turkey. Now approaching its 10th exhibition, the fair's hometown, Istanbul, continues to bring together the East and West. Art in the city is flourishing and garnering international attention and appeal, with CI as the prime agent. An ambassador not only of contemporary Turkish artists and galleries, CI has become ever more international over the past 10 years. The fair was recently ranked by Skate's Art Market Research in New York as the fifth-most visited art fair in the world, following ARCO Madrid, New York's Armory Show, Art Basel Miami Beach, FIAC and Art Basel, and the second-most visited art fair in frontier art markets.

In preparation for its 10thyear, CI has taken on pre-eminent international curator, art critic and historian, Marc-Olivier Wahler, as its artistic advisor. Wahler is the founder and director of Chalet Society in Paris, an exhibition space that goes beyond the white box and delves into ideas, education, creation and collection all in a community space. 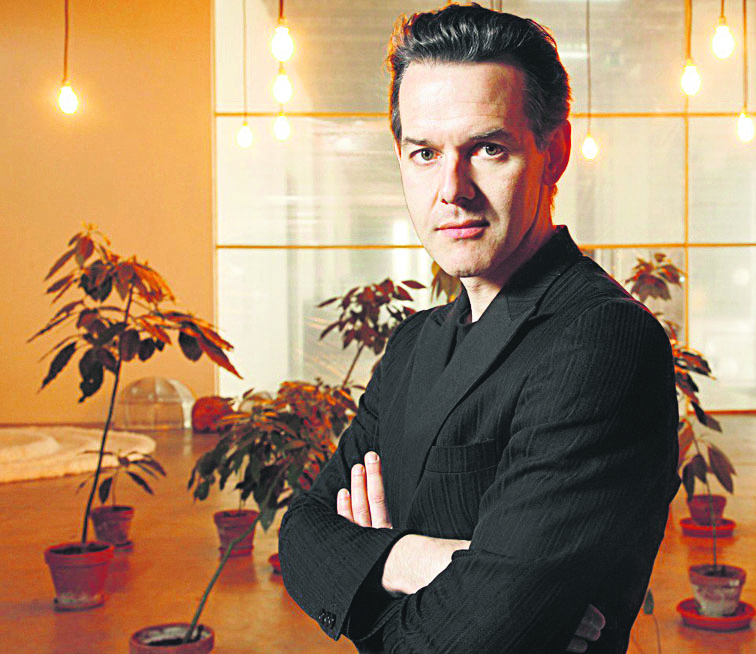 Wahler's role as artistic advisor for the 10th Contemporary Istanbul will fortify the fair's international appeal, as he will be advising the artistic side of the fair, on curatorial and educational matters. His goal with the Chalet Society is to achieve "poetic consciousness," and he will no doubt bring a similar approach to CI's 10th showing.

Daily Sabah: What can you tell us about the 10th edition of the fair? Is there anything new or will we see a continuation of established programs?

Marc-Olivier Wahler: For the 10th year Contemporary Istanbul is preparing new programs and initiatives. It will have a new and exclusive gallery selection by its Selection Committee, which consists of art professionals. CI wants to bring together young and fresh art from galleries, across the globe with five different sections; CI Galleries, including established galleries from the international art scene, Emerging Galleries, showing the most interesting young gallery positions from Turkey, Europe, Near and Middle East, CI Solo Show, curatorial solo show of CI, Plug-in, new media part of the fair and also CI Focus. This year CI will host artists, galleries, art professionals from Paris as part of the CI Focus program. CI Dialogues talk program will continue with art professionals from all over the world. The Plug-In section will once again come to the fore with new media art.

DS: Can you provide us with information concerning the program specialties of Contemporary Istanbul's 10th exhibition? Are there new components or highlights exclusive for this special year?

Wahler: For the 10th year, Contemporary Istanbul is preparing new programs and initiatives. It will have a new and exclusive gallery selection by its Selection Committee, which consists of art professionals. CI wants to bring together young and fresh art from galleries across the globe with five different sections: CI Galleries, including established galleries from the international art scene; Emerging Galleries, showing the most interesting young gallery positions from Turkey, Europe and the Middle East; CI Solo Show, featuring prominent one artist projects; Plug-in, the new media part of the fair and "Contemporary Tehran," which will host eminent participants from Iran. This year CI will also host artists, galleries and art professionals from Paris as part of the CI Focus program. As for the other sections, the CI Dialogues talk program will continue to give voice to art professionals from all over the world. The Plug-in New Media Section will also step forward with the curatorial theme "X-CHANGE" proposed by Dr. Ebru Yetişkin.

DS: What would you say is Contemporary Istanbul's niche?

An art fair is characterized by its dynamism, its eclectics, its openness to a large scope of art practices and the vital role played in the art market as well as the economy of a city. In a way, the field of possibilities in an art fair is wider than anywhere else. Contemporary Istanbul is able to maintain a balance between exhibition-oriented and event-oriented practices. In that regard, art fairs and Contemporary Istanbul play a crucial role in the ecosystem of the art world. I have worked with many Turkish artists. Some are already famous, established artists, while some are about to become so, hopefully. The art scene in Turkey is extremely lively, so many things are happening; so many things are possible. You have some great artists, amazing collectors, dynamic gallery owners, smart curators and serious institutions. The art scene is in constant flux, growing, evolving. In cities like London, Paris, New York, the art scene is very strong, but you lack this feeling that everything is possible, that something is just about to rise. In a way, Istanbul embodies the very notion of "contemporary."

DS: Considering your professional background and expertise as a curator, art critic and museum director, how did your personal affinity with the Istanbul art scene begin? How would you evaluate the current position of Contemporary Istanbul and its impact on the global art scene?

The field of possibilities an art fair can offer is wide. Contemporary Istanbul is able to keep a balance between exhibition-oriented and event-oriented practices. I have made repeated visits to Istanbul within years and come regularly, for the Biennale and Contemporary Istanbul, of course. I also came for specific exhibitions, for example, with the artist Serge Spitzer, who created a fantastic project in an old synagogue in the district of Hasköy, in 2010.

DS: What is your prediction for the fair's level of accessibility this year? Can you provide numerical information such as number of visitors and total estimated value of artworks?

As the artistic advisor of Contemporary Istanbul, my role is initially concerned with the fair's artistic structure. If we want to talk about statistics and figures, we know that last year's edition was ranked by Skate's Art Market Research in New York as the fifth-most visited art fair in the world, and the second-most visited art fair in what is called "frontier art markets." In 2014, Contemporary Istanbul attracted 80,000 visitors including museum groups like the Members of the Royal Academy of Arts, the Palais de Tokyo, the Albertina Museum, the Delfina Foundation, the Guggenheim Circle Venice, the Whitney Museum of American Art and Sotheby's Preferred. Out of a total of $102 million-worth of art on display, 74 percent was sold. But those are just numbers.

DS: Can you name a few first-time participants that may come to the fore at this year's fair?

DS: Can you tell us more about this year's highlights and the curatorial theme of Plugin New Media Section?

The geographical focus of Contemporary Istanbul this year is Tehran. CI Focus, which each year showcases a cutting-edge selection of contemporary art from a specific geographic region or subject, will present outstanding galleries from Tehran with works by emerging and established Iranian artists such as Nasser Bakhshi (Aaran Art Gallery), Babak Roshaninejad (Assar Art Gallery), Ali Akbar Sadeghi (Shirin Gallery), Houman Mortazavi (Dastan's Basement) and Moreshin Allahyari (Lajevardi Foundation). Galleries participating in Contemporary Tehran include Assar Art Gallery, Aaran Art Gallery, Dastan's Basement, the Lajevardi Foundation, Shirin Gallery and The Mobarqa Collection. As to the Plugin section, this year, galleries, architecture and design studios and new media related initiatives, such as makerspaces, game labs, digital art collectives and project spaces, will be gathering in a single space under the curatorial theme "X-CHANGE." "X-CHANGE" is about the emerging practices of production and interaction in new media cultures. Different actors of the national and international new media scene will be distributed on the same platform, and their exclusive works will be accessed as part of the Plug-in New Media Section. In this way, the viewers will have the chance of experiencing and interacting with their latest productions.
Last Update: Nov 02, 2015 2:05 am
RELATED TOPICS