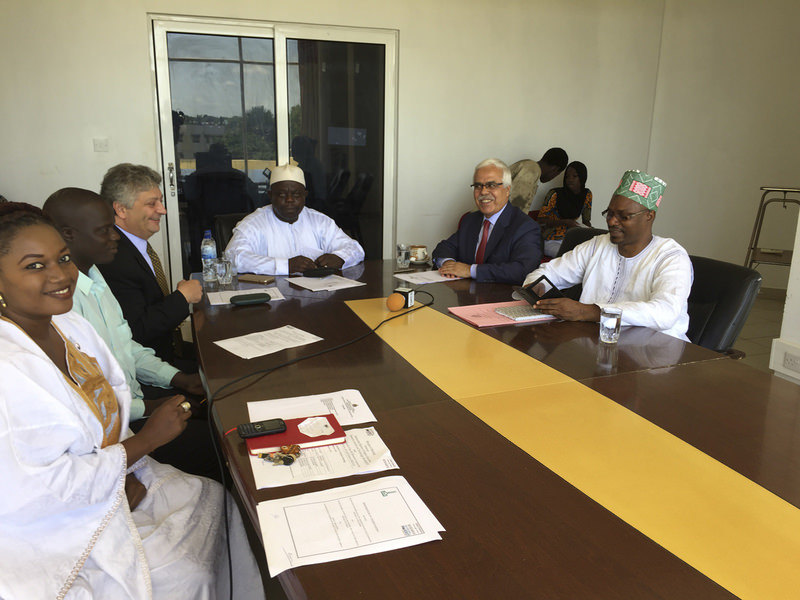 by Daily Sabah Nov 11, 2015 12:00 am
The Research Center for Islamic History, Art and Culture (IRCICA) and the Gambian government will hold an international symposium on "Islamic Civilization in West Africa" in Banjul, the capital of Gambia, on July 27 and 28, 2016 as a part their collaboration to organize joint cultural events in West Africa. IRCICA General Director Associate Professor, Halit Eren, and Gambia's Minister of Higher Education, Research, Science and Technology, Aboubacar Abdullah Senghore, came together in Banjul and announced that experts on Islamic Civilization will convene in Gambia next year. Eren provided details on the protocol signed with the Gambian government and said they met with Gambia's Minister of Culture and Tourism, Benjamin Roberts and discussed the Banjul International Handcraft and Design Festival.

"The idea for the festival emerged during the Islam Conference held in Banjul in December 2013. Next year's festival will feature prize competitions, exhibitions and congresses," said Eren. He further said that the "Islamic Civilization in West Africa" symposium will provide a space for well-known researchers and academicians studying Islamic Civilization to come together and learn from each other. "Expert researchers will discuss all aspects of Islamic history and civilization, shedding light on the present day. They will also share their research at the symposium," Eren added. As part of his Gambia trip, Eren paid a visit to diplomats, academicians and Gambia's ambassador to the Middle East, Omar Jah, and Turkey's ambassador in Banjul, Ergin Soner.
RELATED TOPICS