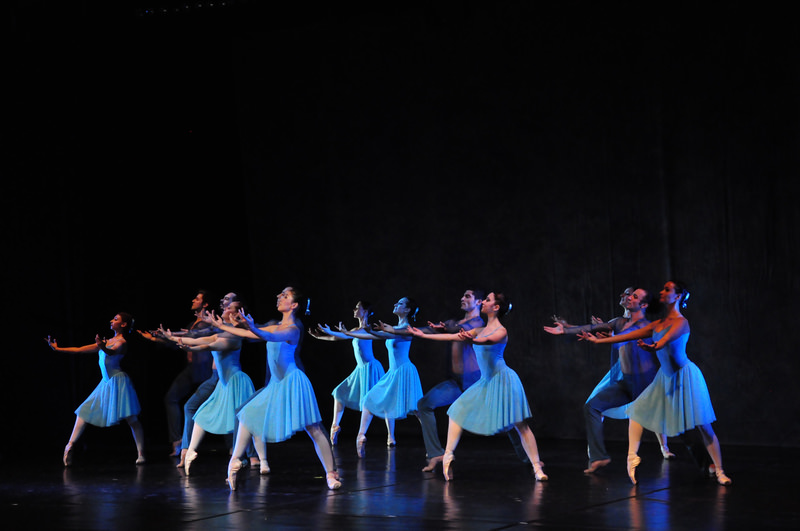 November will be fruitful for art lovers with opera, ballet and musical performances at the Leyla Gencer Opera and Art Center

Established in 2013 by the Bakırköy Municipality to stage opera productions and concerts, the Leyla Gencer Opera and Art Center has a full program with various events and stage performances in November. With a 10,000 square-meter indoor space, 300 square-meter stage, orchestra pit and 1,000-seat capacity, the Leyla Gencer Opera and Art Center, the only opera stage located on the European side of Istanbul, is as good as any international opera stage in the world.

On Nov. 14, the Contemporary Ballet Company will perform its show "AKDENİZ'İM" (My Mediterranean) at 8:30 p.m. The ballet company will leave their choreographed routines behind and bring the warm atmosphere of the Mediterranean onto the stage. The Mediterranean, which is the meeting point of 18 countries from Asia, Africa and Europe, is one of the richest inland seas in the world, as it brings various cultures, colors and traditions together on its shores. Sheltering many cultures throughout history, the Mediterranean has been a midpoint and is derived from the Latin word Mediterraneus, meaning "in the middle of earth." Tickets for the first category are TL 40 ($13), while balcony seats are TL 30. Tickets for the ballet performance are TL 25 for people over the age of 65, students and the holders of a BAKKARD card.

The Leyla Gencer Opera and Art Center will host the Cahide Sonku Musical Melodrama on Nov. 18 at 8:30 p.m. The theater company will focus on the striking and turbulent life of Cahide Sonku, Turkey's first female director and producer, the leading actress of the most important stage plays and cinema films. Directed by Kemal Başar, the play's script was written by Gökhan Erarslan. The music was composed by Orhan Enes Kuzu, light design by Yüksel Aymaz and costume design by Canan Göknil. Tickets for the first category are TL 50 and balcony seats are TL 35. Tickets for the play are TL 25 for people over the age of 65, students and holders of a BAKKARD card.

Buzuki Orhan Osman will perform his concert "Aegean Wind" at the Leyla Gencer Opera and Art Center on Nov. 19 at 8:30 p.m. Osman, who will add a little fusion rhythm to Aegean, Anatolian and Thracian melodies, will put the emphasis on his own compositions during the concert. The artists will tell stories to the audience and take them on a musical journey. Osman will be accompanied by drummer Özgür Taş, bass guitarist Onur Gügül, keyboard player Shaban Naid Salibryam, guitarist Çağrı Vural, violinist Umut Hoşgör and bouzouki player Fanis Mavinakis on stage. The first category tickets are TL 60 and balcony tickets are TL 45. Tickets for people over the age of 65, students and BAKKARD cardholders are TL 25.

The children's musical play "Funny Squirrel Dodi" will be staged on Nov. 22 at 1 p.m. Written by Tevfik Tunga and directed by Tolga Tokoğlu, "Funny Squirrel Dodi" stars actors Metin Kurt, Özgül Çalışkan, Işıl Vatansever, Gülşah Kağan and Mukaddes Ateş. The musical, which tells the story of Dodi and his friends trying to make a cake, focuses on the character Dodi, who makes funny jokes. Tickets for the musical are TL 27.

On Nov. 28, one of Turkey's most important violin virtuosos, Canan Anderson, will perform this year's most exclusive concert at the Leyla Gencer Opera and Art Center. During the concert, Anderson will perform beloved melodies from west and east with her violin, while a special orchestra and a dance company accompanies the virtuoso on stage. Anderson, who prepared a large repertoire from pop and rock music, will break new ground with her stage show. The first category tickets are TL 70 and the balcony tickets are TL 50. Tickets for people over the age of 65, students and BAKKARD cardholders are TL 35.

Tuluğ Tırpan will welcome little art lovers at the Leyla Gencer Opera and Art Center on Nov. 22 with "The Adventures of Little Melody." The event is a little concert based on rhythm exercises for children. Tickets for the event are TL 27.