Mysterious language of images on display 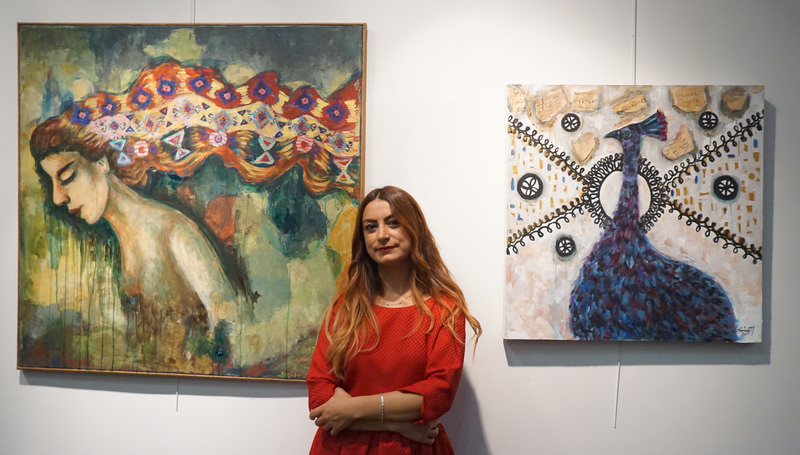 by Anadolu Agency
Nov 18, 2015 12:00 am
Painter Mürüvvet Durak's solo exhibition titled "İmgelerin Gizemli Dili" (The Mysterious Language of Images) is currently on show at the Istanbul Chamber of Industry (İSO) Art Gallery. Speaking to Anadolu Agency (AA), Durak said "İmgelerin Gizemli Dili" is her fourth solo exhibition and added that she will continue to hold exhibitions with different concepts in the future. It took Durak nearly four months to complete the works featured at the exhibition. She focused on creating art by drawing on Anatolian civilizations and Anatolian symbols. "I tried to use images along with their universal and local connotations, drawings, motifs and all objects that were believed to be enchanted," Durak said. She added that she concentrated on the technique of collage in her works, and continued: "The feedback has been positive. My main aim is to introduce Anatolia and Anatolian culture to the world. I want to stand out among other artists with unique works."

She said well-known Turkish painter Bedri Rahmi Eyüboğlu is one of her favorite painters, and noted that Eyüpoğlu's former apprentice, Sezer Sancar, visited her previous solo exhibition in Bodrum. "He told me he liked my work and said if Eyüpoğlu was still alive, he would have appreciated my work, too. I was absolutely honored by his comment," Durak said. Having graduated from the Pamukkale University Department of Painting in 2004, Durak has been painting for more than 20 years. She continues her career by working on ethnic studies around Anatolia. Durak's exhibition "İmgelerin Gizli Dili" will remain open until Nov. 27.