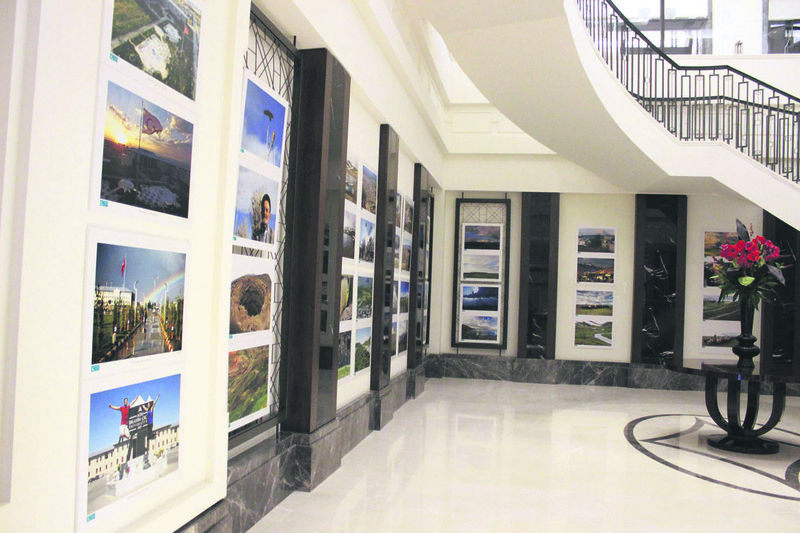 by Zeynep Esra İstanbullu Nov 25, 2015 12:00 am
The photographs taken in four corners of Ağrı, the legendary city of eastern Anatolia is on display at the Hilton Istanbul Bomonti Hotel & Conference Center until Nov. 30. General director of the İbrahim Çeçen Foundation (ICF), Meral Dinçer, said this exhibition is not the foundation's first project dedicated to Ağrı. "This time, we invited Ankara-based photographers to Ağrı so they could document the city though their lenses. As a part of the project, which the ICF co-organized in collaboration with İbrahim Çeçen University, the photographs taken in Ağrı will be parts of a three-phased project titled "Journey to the Heart of Ağrı." "The city developed thanks to its university. The project, which is coordinated by Timur Özkan and Ayça Jones, features a photography exhibition, book and photograph presentation," Dinçer said.

The photos featured at the exhibition were chosen from among nearly 1,000 photographs taken by nine experienced photographers, who are also the members of the Ankaralı Gezginler Group, during a one-week photo shoot in May. The exhibition displays photographs taken by artists Ahmet Yay, Arzu Özgen, Aykut Fırat, Cihat Taşkın, Haluk Sargın, Murat Selam, Nuray Özener Değirmencioğlu, Volkan Güneş and Zeynep Biner. "Journey to the Heart of Ağrı" will open in Ankara and Ağrı following the exhibitions in Antalya and Istanbul.
Last Update: Nov 25, 2015 1:08 am
RELATED TOPICS