Hakan Aysev: A joy for the ears at opera stage 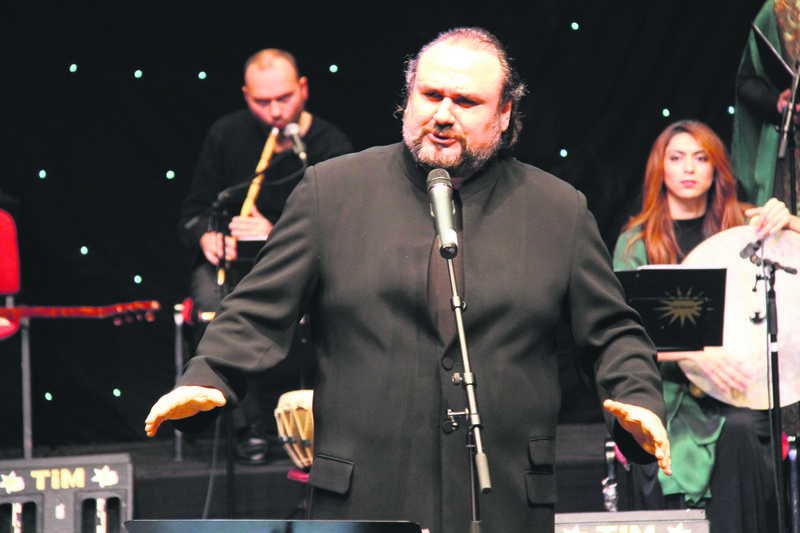 Hakan Aysev, who was a student of the legendary Italian tenor Luciano Pavarotti, undertook major roles at Darmstadt State Opera. He has performed all around the world and is currently with the Istanbul State Opera and Ballet.
by Anadolu Agency Nov 25, 2015 12:00 am

Known as the ‘Turkish Pavorotti' for his resemblance to the legendary Italian opera singer Luciano Pavorotti, Hakan Aysev's unique talent won the attention of audiences and musical authorities alike. Aysev spoke about his musical journey starting from his childhood

Istanbul State Opera and Ballet artist Hakan Aysev dreamed of being a basketball player one day during elementary and middle school. As he did not put much effort into his other lessons, he failed his music course twice. Although he was not a successful music student, he entered conservatory exams on the encouragement of his mother and graduated from Ankara State Conservatory. After becoming an opera singer, Aysev went to Europe. He toured Austria, the Netherlands and Germany for his performance as Fernando in Mozart's opera "Cosi fan Tutte" and managed to become a part of the Vienna State Opera's staff. Aysev, who was a student of the legendary Italian tenor Luciano Pavarotti, undertook major roles at Darmstadt State Opera. He performed all around the world and is currently with Istanbul State Opera and Ballet. Speaking to Anadolu Agency (AA), Aysev said he did not dream of being an opera singer when he was a child. He said that his mother is the one who discovered his powerful voice, and continued: "I owe my voice to my parents, as they passed such good genes to me. I was a student who failed music courses in middle school. I entered the opera exams because my mother insisted, but I passed and made this internationally recognized career." Aysev said that his mother is his hero, as she discovered his talents and directed him to opera. "I entered the opera exams in order not to break my mother's heart, but it paved the way to an incredible career," Aysev said.

He said he worked very hard to make people in Turkey love opera and now people do not see opera as an elite form of music any longer.

"I see that young people in Turkey are taking more interest in opera. In fact, the most sincere form of music is opera. Pop and arabesque are also successful genres. I listen to İbrahim Tatlıses, Müslüm Gürses and Orhan Gencebay. However, it is harder to reach out to the music they are making. You can watch an opera by purchasing a TL 15 ticket [$5.23]," Aysev said.

He said the state institutions believe "art is for art," however Aysev thinks otherwise: "I say art is for people. There should be more musicals and operas that use Turkish music and can easily be understood by the people. Turkish people are no strangers to opera. Opera is similar to folkloric dance. Just like opera, folkloric dance has music, decor, costume, main text and dance. Opera is just the advanced performance."
Last Update: Nov 25, 2015 1:02 am
RELATED TOPICS