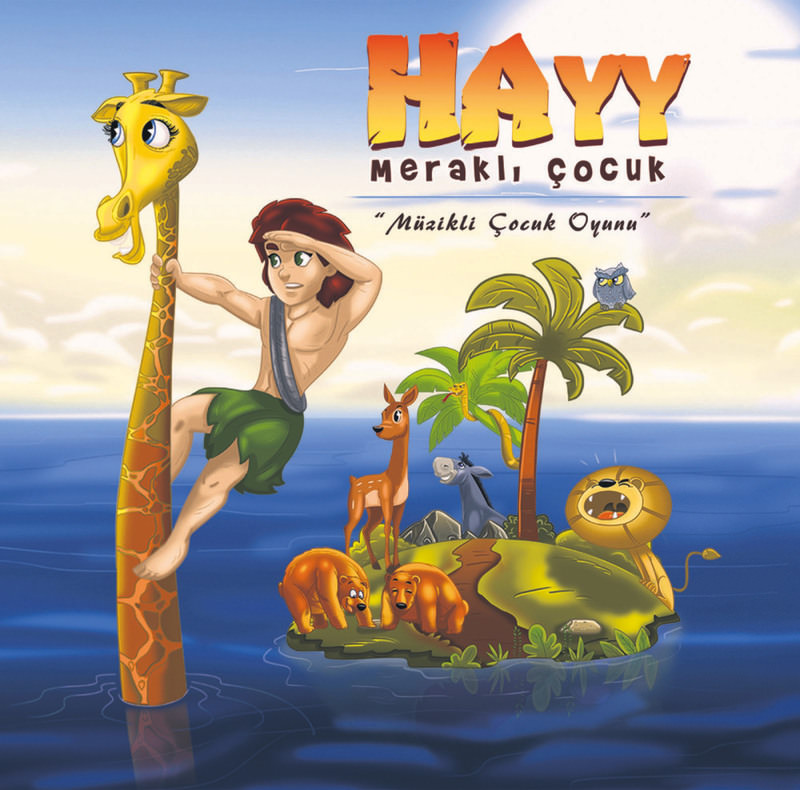 by daily sabah Jan 06, 2016 12:00 am
Andalusian Islamic scholar Ibn Tufail's nearly 1,000-year-old book "Hayy bin Yakzan," which has inspired many thinkers for centuries, is now being depicted on theater stages. The children's musical "Hayy the Curious Kid" will premiere on Jan. 10 at the Bağlarbaşı Culture Center in Üsküdar, Istanbul. The play is attributed to all the innocent children whose lifeless bodies have washed ashore.

Organized by the nongovernmental organization (NGO) Meridyen Association and supported by the National Education Ministry, "Hayy the Curious Kid" depicts the story of the little child Hayy, who washes up ashore on a boat during his escape from a cruel vizier. Seeing that he is different from all the nature around him, Hayy starts to question his existence. The play aims to overcome the difficulties in adapting a philosophical piece of literature into a children's play. It also offers children the opportunity to think about essential matters like meaning, the value of being human and the greatness of the Creator. Directed by Mehmet Emin İnci of Tiyatro Greyfurt, the play calls upon its audience to get lost in the story of a child in pursuit of reality through professional performers, eye-catching decor and costumes.

Merdiyen Association is an Istanbul-based non-governmental organization that aims to contribute to the creation of a genuine tradition of language and thought by merging the universal heritage of knowledge with social values.
RELATED TOPICS