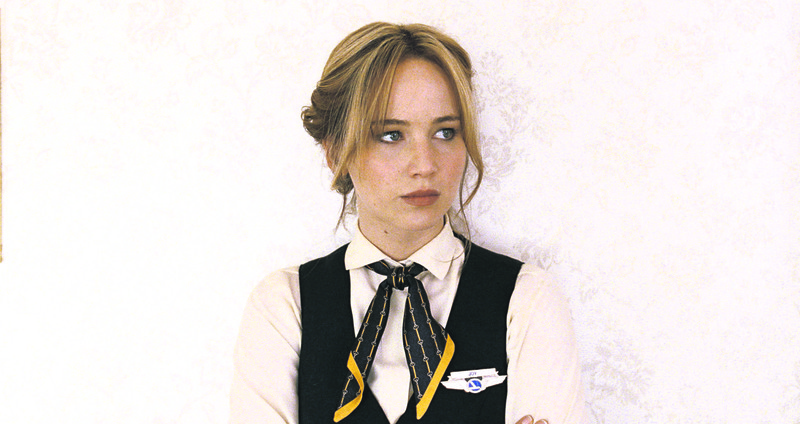 Starring Academy Award winner Jennifer Lawrence and Robert De Niro along with Edgar Ramirez, Virginia Madsen and Bradley Cooper, this year's most anticipated film "Joy" was directed by David O. Russell. Based on the biography of the businesswoman Joy Mangano, Russell's film focuses on a young woman who founds a business dynasty by inventing the Miracle Mop and becomes a matriarch in her own right.

Adapted from Michael Lewis's namesake best-seller book, which is inspired by a true story, "The Big Short" stands out with its cast, including Christian Bale, Steve Carell, Ryan Gosling and Brad Pitt. Directed by Adam Mckay, the film tells three parallel stories during the mortgage and housing crisis of the mid-2000s in the United States. Four people who are not involved in the banking industry foresee the global economic crisis that all the banks and the governments fail to see. Believing that they have found a big loophole in the economy, these four people meet the dark side of modern banking as their investments hit the jackpot.

The former World Heavyweight Champion Rocky Balboa becomes the trainer and mentor of his biggest rival and friend Apollo Creed's son, Adonis Johnson. Directed by Ryan Coogler, the film revives the iconic character of modern cinema, Rock Balboa, with Sylvester Stallone. Starring Michael B. Jordan, Tessa Thompson and Phylicia Rashad, the film brought a Golden Globe nomination to Stallone for "Best Performance by an Actor in a Supporting Role in a Motion Picture."

Director Quentin Tarantino's eighth film "The Hateful Eight" introduces new members to Tarantino's actor gang. Starring Samuel L. Jackson, Kurt Russell, Jennifer Jason Leigh, Walton Goggins, Tim Roth, Michael Madsen and Bruce Dern, the film is set in post-Civil War Wyoming. A bounty hunter and his prisoner find shelter in a cabin during a snowstorm and find out that they are stuck with a bunch of strangers for three days.

Starring Christian Clavier, Isabelle Nanty, Kev Adams and François Morel, "Serial Teachers 2" is a 2015 French comedy film directed by Pierre-François Martin-Laval. The worst teachers of France landed in England for an ultra-secret mission. With Boulard, the King of the Dunces, they are parachuted into the best school of the country, and they will apply their famous methods on the future of the nation.

The animated film of the week is Ge Shuiying's Canadian production "Agent F.O.X." The film is about a super spy named Agent F.O.X. who arrives in Carrot Town with one objective: Infiltrate the community of friendly rabbits and locate a mysterious artifact. But the mission goes awry when the secret agent is mistaken for a distant cousin. The film is dubbed by Matthew Warzel and Anthony Lawson.