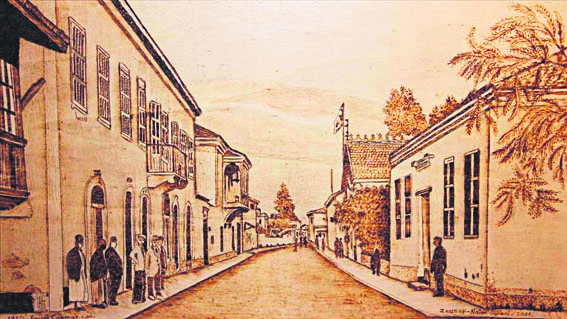 by Anadolu Agency Jan 11, 2016 12:00 am
Rising unemployment in the Israeli-blockaded Gaza Strip has led many Palestinians to search for new job opportunities. Khalil Surur, 25, graduated with a degree in education, but he pursued painting as a hobby when he was unemployed before learning how to do pyrography – the art or technique of decorating wood or leather by burning a design on the surface with a heated metallic point. Although pyrography has an ancient history, the people of Gaza are relatively new to the art. "Doing pyrography is very gratifying," Surur said. "First, I draw the image on a wooden plate with a charcoal pencil, then I redraw the picture on the plate using a kind of wood burning machine. Now I make a living from pyrography."

Surur has a number of regular customers who order key-rings and greeting cards or who want their images scorched onto wooden plates. Surur now earns around $300 a month from the plates, which he sells for $13 or $31 each depending on their size. Naji Nasr, 38, does pyrography at a coastal restaurant in Gaza, where he works three days a week and has a number of customers. While working on a picture of the late Palestinian leader Yasser Arafat, Nasr explained how he forgets Gaza's difficult living conditions while doing pyrography. "I have enjoyed drawing since childhood, but I started doing pyrography two years ago," said Nasr, who was recently injured in the foot by Israeli gunfire. "Some of my customers are from outside Gaza. They want me to scorch their images onto wooden plates. Unfortunately, however, I have to refuse their orders due to the Israeli blockade," he added. At an exhibition in Gaza held to mark the 11th anniversary of Arafat's death on Nov. 11, 2015, he exhibited pyrographed images of 70 Palestinian leaders and individuals who died in the name of Palestine.

The Gaza Strip suffers from one of the highest unemployment rates in the world. Nearly 80 percent of the strip's roughly 1.9 million residents live below the poverty line. Ever since the Hamas resistance movement took over the strip in 2007, Israel has imposed a crushing embargo by air, land and sea on the coastal enclave.
RELATED TOPICS