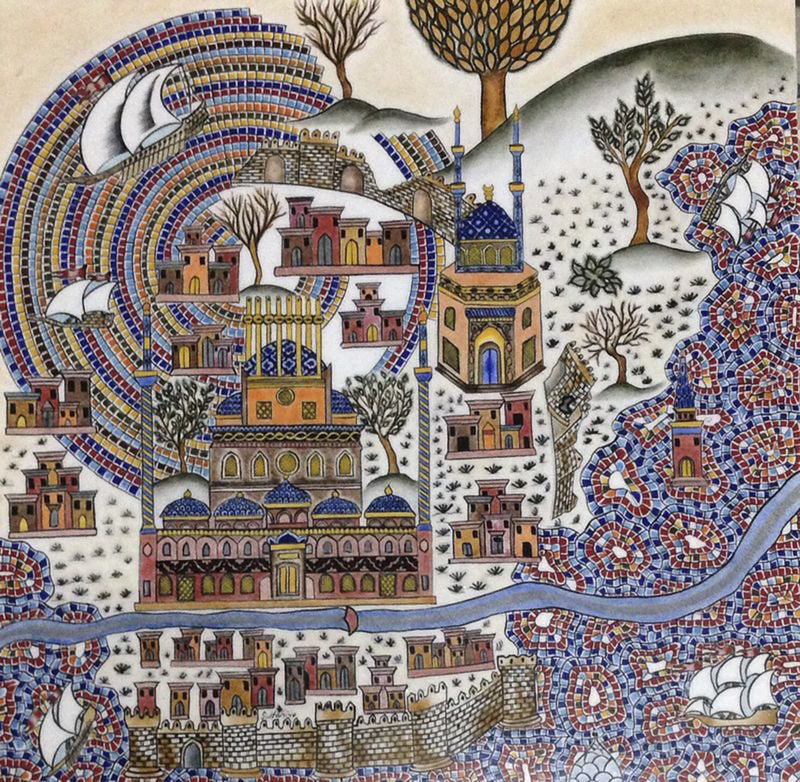 Known as a Bosnian-origin Ottoman intellectual, Matrakçı Nasuh's contribution to written history and the arts is being honored in an exhibition at Dolmabahçe Palace, under the auspices of the presidency

"The Genius of the 16th Century: Matrakçı Nasuh" exhibition, organized by the Istanbul Intercultural Art Dialogs Association with grants from the Presidency, has opened at the Art Gallery in Dolmabahçe Palace. Curator Beste Gürsu said that UNESCO has put Nasuh on its "Memorial List," as 2016 is the 450th anniversary of his passing, and therefore, various programs are being held around the world.

Gürsu said that Nasuh was raised during the reign of Bayezid II and lived during the reigns of Sultan Selim and Suleiman the Magnificent. He was originally from Bosnia, was taught in an "Enderun" (a special school in Ottoman palaces) and had knowledge of various subjects from mathematics to swordsmanship, from literature to philosophy and had abilities in painting, calligraphy and miniature craft. Gürsu describes him as "one of the most important characters that have created works that provided information on our culture and history." 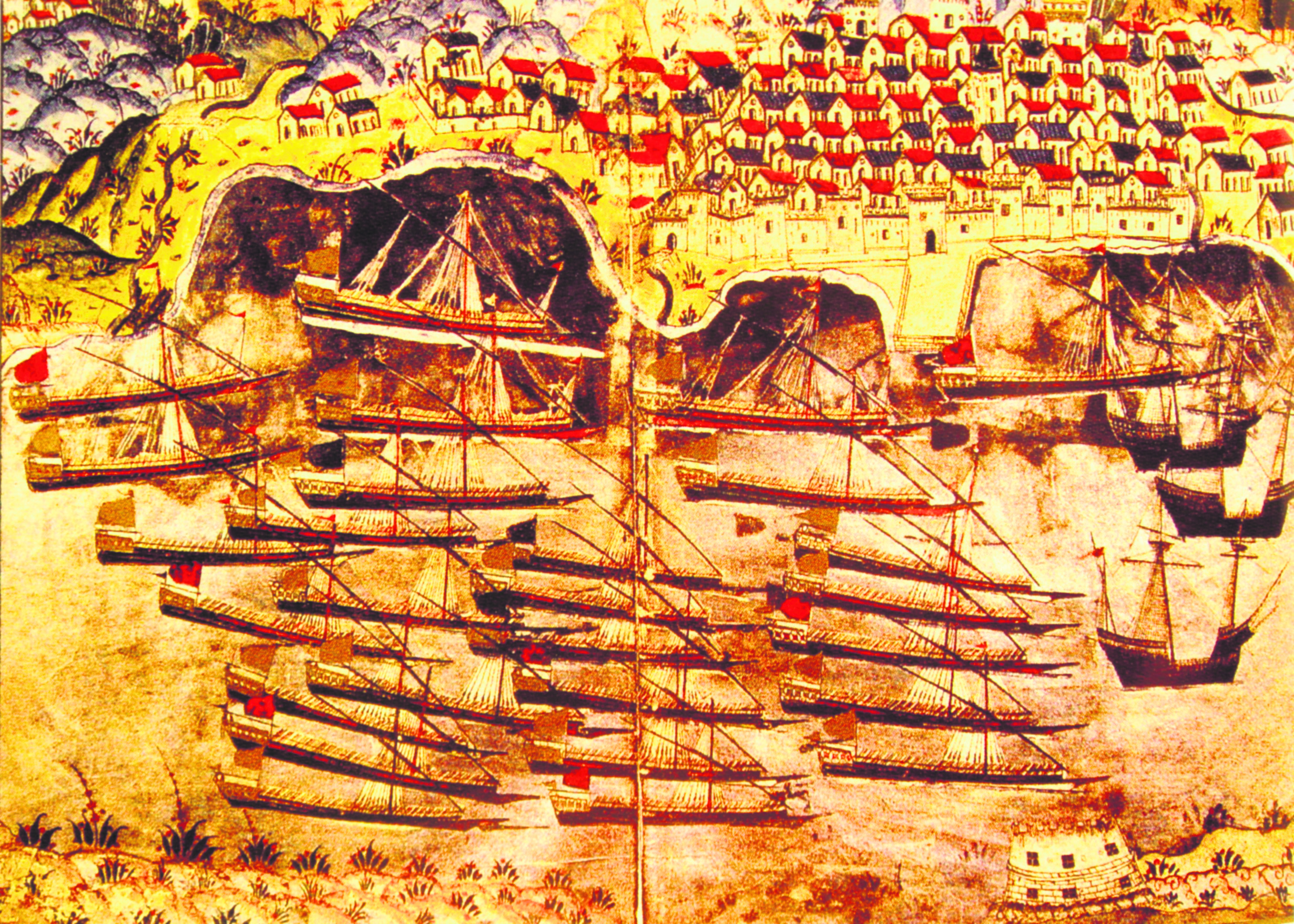 Nasuh was originally from Bosnia, was taught in an "Enderun" (a special school in Ottoman palaces) and had knowledge of various subjects from mathematics to swordsmanship, and literature to philosophy and had abilities in painting, calligraphy and miniatures.

Gürsu added that they strived to describe his identity and life in the correct manner and at the correct time and that the collection includes various items that describe Nasuh's qualities and qualifications from the maps he drew on his excursions to the East and the West and chinaware discovered on the routes. It took four years to complete the collection presented at the exhibition, and it was first exhibited in Sarajevo in the land where he was born, then in Vienna, and this is the first time the exhibition will be viewed by art lovers in Turkey.

Historian and author Erhan Afyoncu pointed out that Nasuh is one of the most important intellectuals in Turkish history and explains that the reason he was named "matrakçı" was that he was a sportsman, good at playing the game of "matrak," which resembles today's fencing, along with his various other abilities. According to Afyoncu, his most important ability was his description of Ottoman excursions and Istanbul through the miniatures and chinaware he created and added that the map of Istanbul is still a very precious work of art today. 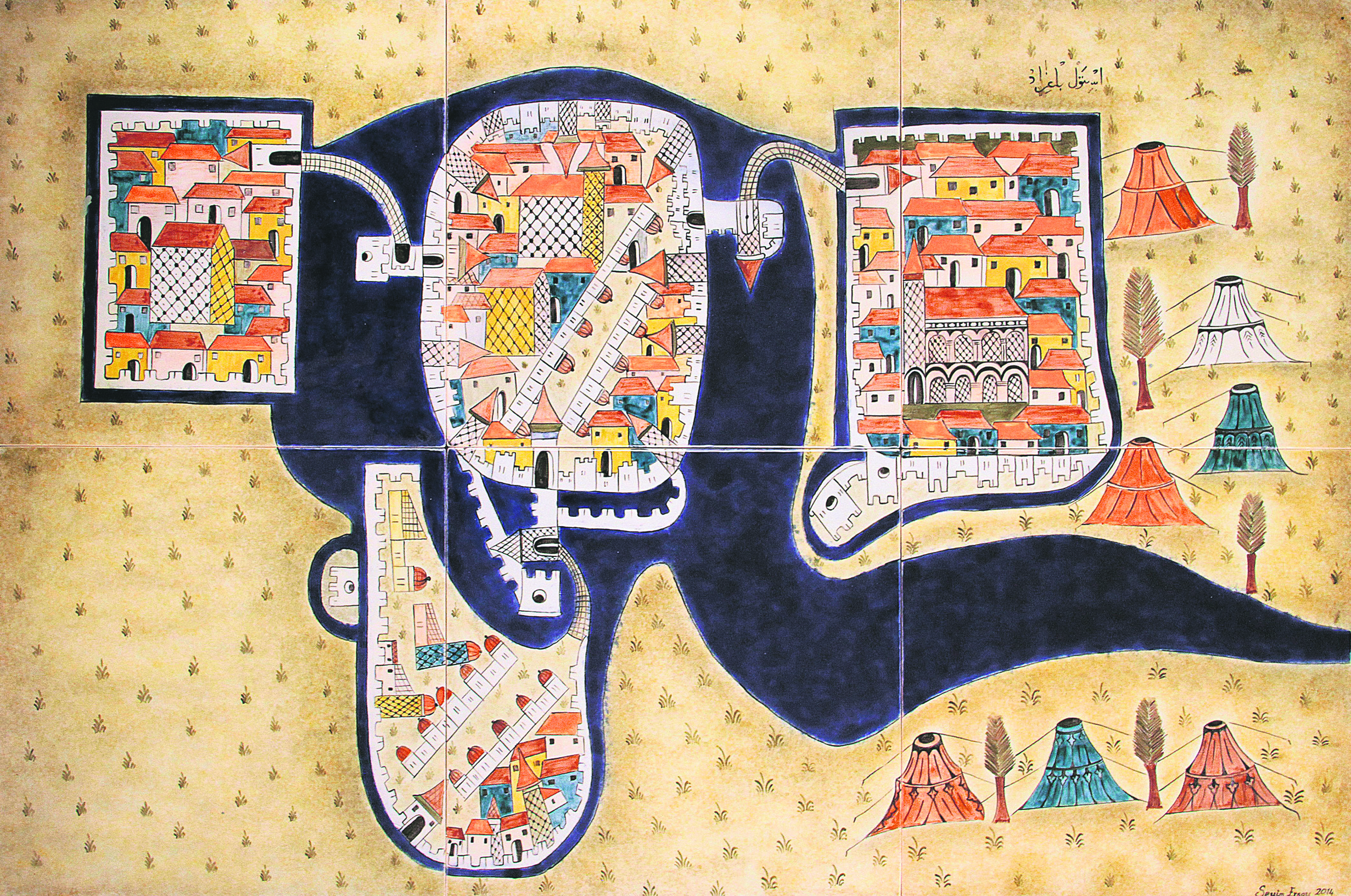 Historian Erhan Afyoncu said Nasuh's most important ability was his description of Ottoman excursions and Istanbul through the miniatures and chinaware he created and added that his map of Istanbul is still a very precious work of art today.

Afyoncu said that the exhibition has put Nasuh on the agendas of both Turkey and the world, and he was pleased that various artists' interpretations of his work in a modern way were also included in the collection of the exhibition along with his own printed works. "I am always disappointed that Turkey doesn't have universities named after Turkish scholars such as Matrakçı Nasuh and Evliya Çelebi (an Ottoman Turk who wrote a travelogue called "Seyahatname," his commentary on his 40-year journey through the Ottoman lands). "He is such a historical character that a university with his name should be established," said Afyoncu.

The host and supporter of Turkey's Touring and Automobile Association's CEO, Bülent Katkat said that they have provided as much support to the İKASD's exhibition as they are able to and that they will continue to support all kinds of efforts regarding Turkish culture and history.

Songs included in "16th Century Turkish Music," a compilation prepared by the Ministry of Culture and Tourism's Fine Arts Directorate especially for the Matrakçı Nasuh exhibition, was performed by the Istanbul State Turkish Music Research and Application Group at the opening of the exhibition. Works by tile artists Sevim Ersoy, Deniz Mutlu Erdoğan, Ebru Şengül, Erman Özcan, Fatma Çakır, Günseli Devrim, Muhterem Pakyürek, Sibel Dileksiz, Sibel Gürgener, Yeşim Ufukşen, calligrapher Hülya Cansız Gür and painter Sema Bicik are presented in the exhibition along with an exact printed copy of "Tarih-i Sultan Bayezid" (The History of Sultan Bayezid's Time) written by Nasuh, which was also given as a present to the participants.

The exhibition, which is organized with the support of the UNESCO Turkish National Committee, the Fine Arts General Directorate of the Ministry of Culture and Tourism, the Foreign Ministry and the Yunus Emre Institute will travel to three continents, 10 cities and nine countries, and the last stop will be Budapest on Sept. 7. The exhibition is open until Jan. 30 at the exhibition hall in Dolmabahçe palace.
RELATED TOPICS