Shakespeare's legacy remembered on stage 400 years after his death 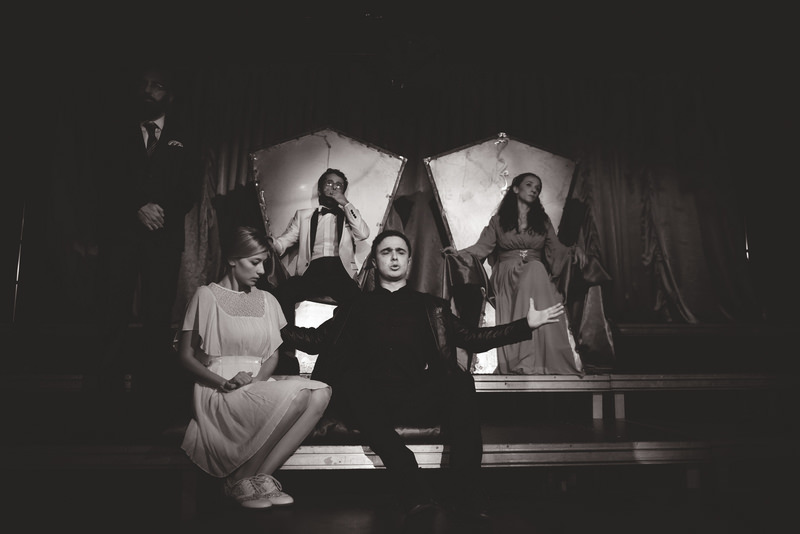 As we begin a year of commemorations and celebrations to mark the 400-year anniversary of William Shakespeare's death, the poet and playwright still stands as more than just a global figure. The Turkish cultural scene rolls up its sleeves to pay tribute to the greatest playwright that ever lived

Not many literary figures left their mark on the history of literature and changed the way we comprehend theater, poetry and English language like William Shakespeare. The world's most famous British bard, who died on the same day he was born, continues to dominate the world of theater as well as cultural scenes worldwide. In 2014, the world toasted the 450th birthday of Shakespeare and now we are commemorating the 400th anniversary of his death and the legacy of the playwright. Prominent theaters, academicians and artists in Turkey will also put the most renowned plays of Shakespeare on stage and hold panel sessions to explore the genius behind a country bard who became a legend on London's stages. 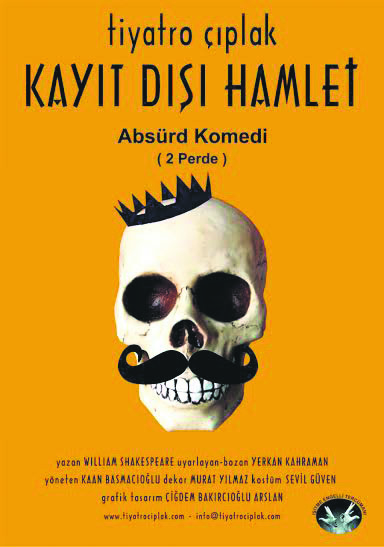 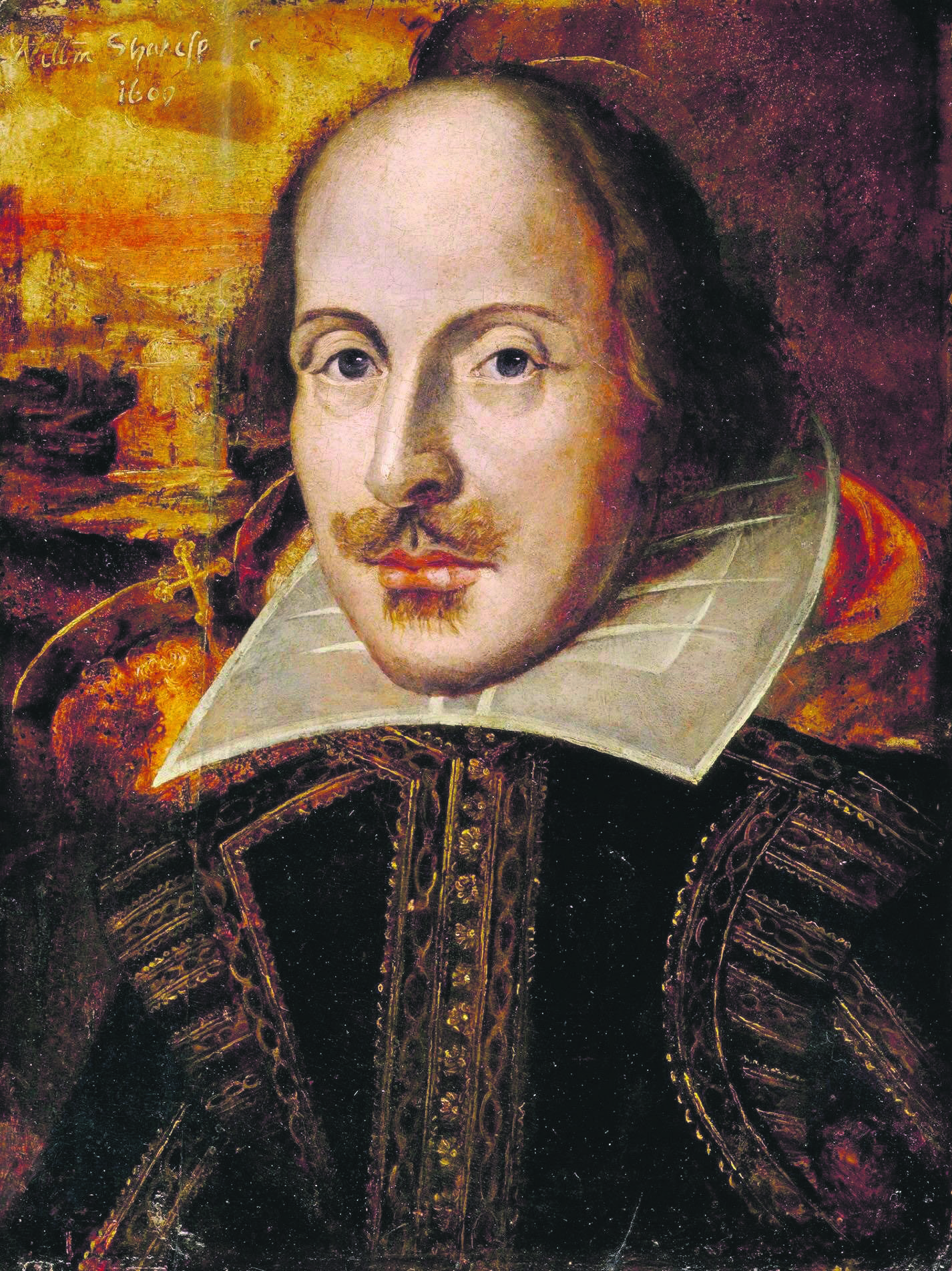 The portrait of the most famous playwright of all time William Shakespeare (R) who died in 1616 and the poster of "Unofficial Hamlet," which is a two-act absurd comedy.

Born in the market town of Warwickshire in 1564, William Shakespeare is said to have received his education at the King's New School in Stratford and the grammar school there, which offered basic Latin. Although he was undereducated compared to his contemporaries; namely, the university-educated Christopher Marlowe and Thomas Nashe, Shakespeare began to shine in playwright circles across London thanks to his popular plays which were staged on the most visited theater stages in London. After 1594, Shakespeare's plays were performed only by "Lord Chamberlain's Men," a company co-owned by a group of players that included Shakespeare, quickly becoming the leading play company in London. After the death of Queen Elizabeth in 1603, the company was awarded a royal patent by the new King James I, and changed its name to the "King's Men." In 1599, a partnership among members of the company resulted in the founding of their own theatre on the south bank of the River Thames, which was named "The Globe" and is now known as "Shakespeare's Globe" after a reconstruction project led to its opening in 1997. The world's greatest playwright died on April 23, 1616, at the age of 52 and is buried in the chancel of the Holy Trinity Church. Shakespeare left his mark on literature with 38 plays, a series of sonnets and five poems. The Turkish theater scene hails and commemorates Shakespeare's legacy as well as the 40th anniversary of his death with stage productions. One of his biggest tragedies, "Macbeth," will be staged under the directorship of Egemen Sancak at the Theater Karakutu in Istanbul. From Jan. 23-30, Tiyatro Karakutu opens a new window to the Shakespeare classic and focuses on the power struggles between Macbeth, his predecessor and the high ranking officials in his court. The newest production of "Macbeth" invites the audience to become a part of Shakespeare's imagination.

Oyun Salonu, an initiative of the Istanbul Foundation for Arts and Culture (İKSV), continues to run the National Theater's "Hamlet" production. Academy Award-nominated and Emmy-winning British actor Benedict Cumberbatch, who won legions of fans worldwide after his roles in blockbuster movies "12 Years a Slave," "The Hobbit" and the BBC TV series "Sherlock," animates one of Shakespeare's most celebrated characters, Hamlet. The stage production by the National Theater - one of the most important theaters in the U.K. - broke records with an audience of over 225,000 people when it was broadcast live at 1,400 cinema halls in 25 countries. Tickets for the National Theater production of "Hamlet" sold out a year ago before the performance at the Barbican Centre in London. Directed by Lyndsey Turner and produced by Sonia Friedman Productions, the adaptation of Shakespeare's "Hamlet" is being screened at İKSV until the end of February. Regarded as the greatest tragedy of all times, "Hamlet" can be also seen on stage on Jan. 29, performed by the Talimhane Tiyatrosu on the Şişli Black-Out Stage.

On the other hand, Tiyatro Çıplak embraces a different approach to Shakespeare's "Hamlet" with their absurd comedy "Unofficial Hamlet." Although "Hamlet" has been staged for centuries and animated by millions of actors both on stage and on the silver screen, Tiyatro Çıplak brings a breath of fresh air to the play. What sets this play apart from other productions is that the character Hamlet is played by a female actor and the Queen is played by male actors with a touch of absurd comedy. In addition to the permanent actors of the production, the play will welcome various guest actors as well. Tiyatro Çıplak also breaks new ground for Turkish theater scene and stages "Unofficial Hamlet" with a translation into sign language for hearing-impaired theater lovers. This extraordinary interpretation of Shakespeare can be seen on Feb. 29, March 2 and March 3 at the Hasan Ali Yücel Cultural Center in Istanbul.

The actors in İş Sanat were applauded with their production of Shakespeare's "The Twelfth Night" put "Spring Equinox," a new adaptation of another Shakespeare comedy "A Midsummer Night's Dream," on stage. Directed by Abdullah Cabaluz, the play investigates "human nature" though Shakespeare's eyes and displays how motions which seem eternal can change via a short dream. "The Complete Works of William Shakespeare – Abridged" which has been sold out for its 10th season at the West End in the U.K. comes to the Turkish stage for a second season. Three actors who have no background regarding Shakespeare or his plays decided to stage all the plays written by the legend at the same time. As they give life to Hamlet, Othello, Romeo, Juliet, Macbeth and Desdemona, things get out of hand. Adam Long, Daniel Singer and Jess Winfield's play can be seen on the Borusan Oto Dolmabahçe Stage from Feb. 5-26.
RELATED TOPICS