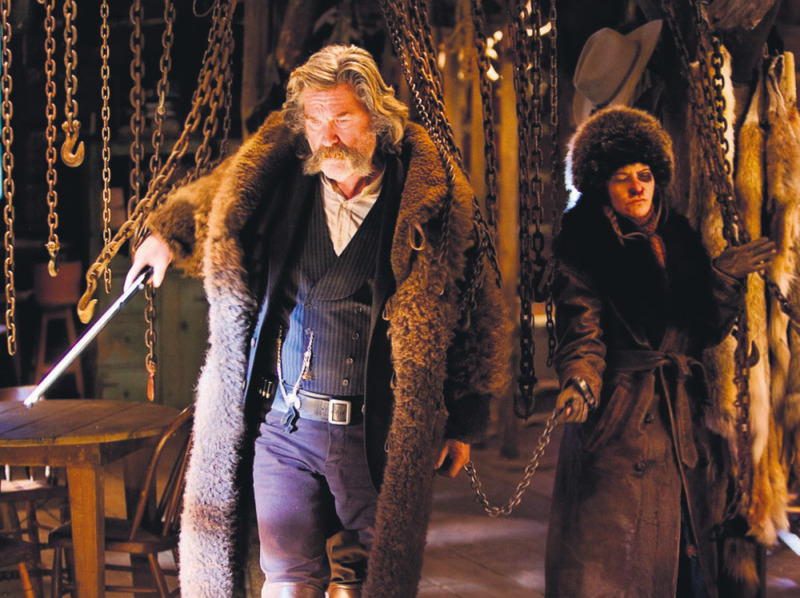 by Daily Sabah Feb 07, 2016 12:00 am
Reportedly, the guitar that was smashed during a scene in Quentin Tarantino's "Hateful Eight" was a priceless museum piece. During the scene, John Ruth, portrayed by actor Kurt Russell, smashed a guitar belonging to Jennifer Jason Leigh's Daisy Domergue that turned out to be an antique Martin guitar from the 1870s. The guitar was supposed to be switched with a replica, but apparently Russell was not informed and continued with the scene. Speaking to SSNInsider.com, "Hateful Eight" sound mixer Mark Ulano said: "What was supposed to happen was we were supposed to go up to that point, cut and trade guitars and smash the double. Well, somehow that didn't get communicated to Kurt, so when you see that happen in the frame, Jennifer's reaction is genuine. Tarantino was in a corner of the room with a funny curl on his lips because he got something out of it with the performance." In fact, there were six replicas of the guitar to prevent any accidents.