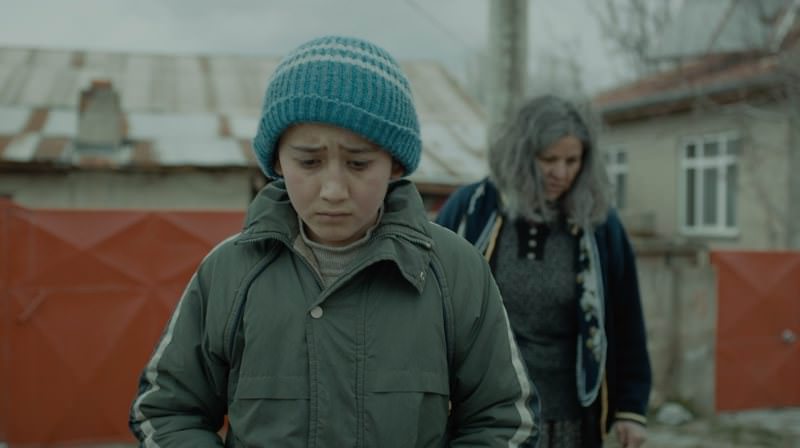 The Berlin International Film Festival, one of the most prestigious events in the cinema industry, will witness competition between the best films of the year, including four Turkish productions

Berlin, the European city that lures artists from all over the world throughout the year, is getting ready to host the 66th edition of the Berlin International Film Festival, which is also known as the Berlinale.

The film festival is set to run from Feb. 11-21 and will feature a total of 434 films from 77 different countries. A total of 23 films will be screened in the competition section and 18 productions will compete for the Golden Bear, which is the main prize that the festival presents every year. The jury of the festival is once again filled with important figures from the cinema industry. German actor Lars Eidinger, British film critic Nick James, French photographer Brigitte Lacombe, British actor Clive Owen and Italian actress Alba Rohrwacher will determine which production should win the Golden Bear under the jury presidency of veteran American actress and Academy Award winner Meryl Streep. Turkish cinema will be represented by four productions: Ümit Köreken's "Mavi Bisiklet" (Blue Bicycle), Mete Gümürhan's documentary "Genç Pehlivanlar" (Young Wrestlers) and "Rauf," co-directed by Barış Kaya and Soner Caners, will compete at Generation Kplus while Ahu Öztürk's "Toz Bezi" (Dust Cloth) will be screened as a part of the "Forum" section.The "Generation" section of the 66th Berlinale, whose tagline is "Never Underestimate the Creative Power of Youth," includes films that feature young individuals as protagonists whose lives are in turmoil, caused by their inner conflicts and the environments surrounding them. The selected films shed light on and challenge the nature of contradictions such as being child-like and being an adult, what is forbidden and what is permitted or the difference between subjective and objective reality. This exclusive section focuses on universal themes such as friendship, loss, gender roles, migration and prejudice, which find surprising expression in documentary portraits, animated narratives and experimental trains of thought. Co-written by Ümit Köreken and Nursen Çetin Köreken and directed by Ümit Köreken, "Mavi Bisiklet" will compete for the Crystal Bear at the 66th Berlinale where the film will also make its world premiere. Filmed with the support of the Culture and Tourism Ministry, "Mavi Bisiklet" stars children who received only basic cinema training. The film is about 12-year-old Ali who lives in the Anatolian countryside with his mother and little sister. In his spare times, he works to help earn money for his mother and saves up to buy a shiny new blue bicycle. Elif, the girl Ali is secretly in love with, is elected class president of their school; however, when a new student, Hasan, enrolls in the school, the headmaster gives him the presidency. When Elif becomes the victim of a great injustice, Ali takes up the passionate fight for democracy against a system stuck in its ways."Rauf," which is co-directed by Barış Kaya and Soner Caners, is the second film that will compete for the Crystal Bear. Residing in a small village of the eastern province Kars, 11-year-old Rauf experiences what love is in his small world. Despite the fact that first loves are generally painful, Rauf's only mission is to show Zana how much he loves her. Fortunately, Rauf has a couple of loyal friends at his side that he can count on for advice and perspective. Rauf sets off on a quest to find "pink," the special color that symbolizes his love in his "grey" world. This turns out to be no trivial undertaking in his snowy, little, isolated corner of Anatolia. When he finally happens upon the object of his quest, as winter snow gives way to the early flowers of spring, Rauf is not a little boy anymore.

Mete Gümürhan's "Genç Pehlivanlar" has become the very first Turkish documentary to be chosen for the "Generation" section of the Berlinale. Despite the fact that the film focuses on the journey of young wrestlers, the film is not a sports documentary but a documentary about young boys' journey to manhood.Ahu Öztürk's debut feature length film "Toz Bezi" will be screened as a part of Berlinale's "Forum" section. The film, which will make its international premier in Berlin, is supported by Culture and Tourism Ministry and Istanbul's Maltepe Municipality. Starring Nazan Kesal, Asiye Dinçsoy, Mehmet Özgür, Serra Yılmaz, Didem İnselel and Gökçe Yanardağ, the film is a portrait of the relationship between two women who try to survive in a metropolis. "Toz Bezi" recounts the stories of Nesrin and Hatun who are Kurdish and who a work as cleaning ladies in Istanbul. Nesrin kicks her husband out of their house as a warning but the days pass and he does not come back. Nesrin and her young daughter Asmin find themselves in increasingly difficult circumstances, and she begins to look for a job in order to enjoy proper social benefits. Hatun, on the other hand, dreams the dream of moving up in the world and of a life in the fashionable district of Moda, where she cleans the apartments of her middle- and upper-class clients. Her desire is so strong that she, a Muslim, even prays for it in a Christian church.