‘Be Objective for Epilepsy' 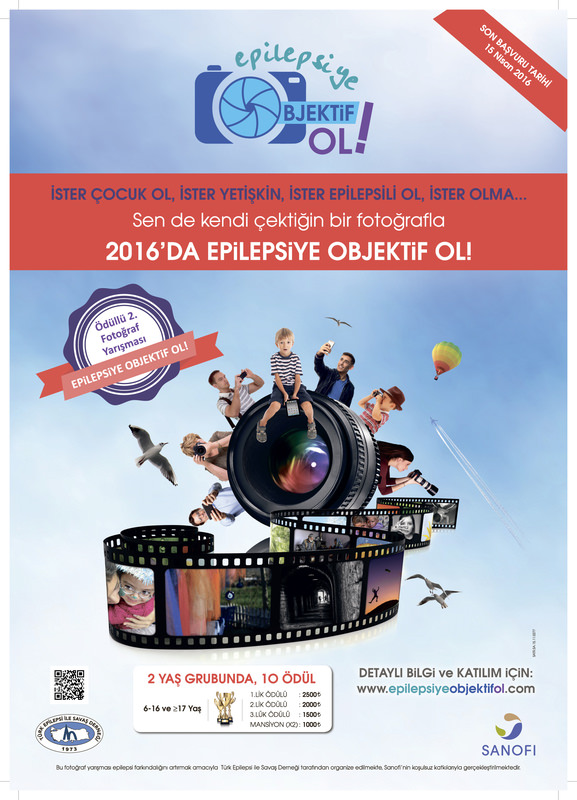 by Daily Sabah Feb 11, 2016 12:00 am
In order to raise awareness for epilepsy, one of the most common neurological disorders in the world, the Turkish branch of the International League Against Epilepsy is organizing a photo contest titled "Be Objective for Epilepsy." Organized for the second time this year, the contest's main objective is to draw attention to the negative effects of epilepsy on the social lives of patients and make a difference. Anyone over the age of 6 can attend the contest, and the deadline is April 15.

Epilepsy is one of the most common disorders among cerebrovascular diseases. Also known as falling sickness, it directly affects the lives of 50 million people, according to the World Health Organization (WHO). The disease usually appears in early childhood or after the age of 60. The main aim of the contest is to encourage people with epilepsy to participate in social life. Hosting Mehmet Turgut as one of the jury members, the contest has two age categories: 6-16 and 17 years and older.

"If epilepsy is not treated, this may cause moral and material losses as well as problems such as social exclusion, loss of employment, depression and suicide. According to the WHO, epilepsy is accountable for 10 percent of the global financial burden of disorders related to the brain. We organized the 'Be Objective for Epilepsy' photo contest for this reason, as well as to raise awareness about the disease. The fact that the applications opened on Feb. 8, which is International Epilepsy Day, is very meaningful to us. I would like to thank everyone who participated in the contest last year, and also hope for a higher participation rate this year." said Dr. Candan Gürses, the president of the International League Against Epilepsy - Turkey. Gürses added that, on a positive note, individuals with epilepsy can live a normal life as long as they get treatment.
RELATED TOPICS