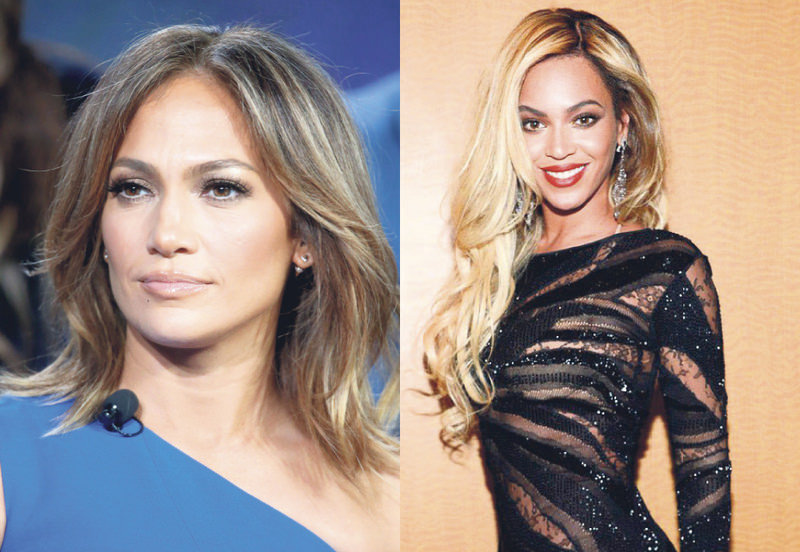 by Daily Sabah Feb 13, 2016 12:00 am
Reports on upcoming concerts by famous singers Jennifer Lopez and Beyonce in Israel this summer have triggered a wave of activists to call on the singers to boycott the country as a symbol of solidarity with Palestinians.

According to Al-Jazeera English, social media users actively are urging the stars to cancel their rumored planned concerts with the hashtag #CancelTelAviv. No official response has been received from the websites of the two singers.

Activist Evan Greer has started a petition, "Tell Beyonce not to play apartheid Israel!" He wroteon his petition website: "News reports say Beyonce is in final negotiations for a tour date in Tel Aviv, occupied Palestine, despite horrific and ongoing human rights abuses by the Israeli government."

With regard to the petition, Greer told Al-Jazeera: "The best thing for Beyonce's management to do would be to publicly clarify that she will not be performing in Tel Aviv and issue a statement of solidarity with the Palestinian people." He also reminded other musicians who canceled performances to boycott Israel and for solidarity with Palestinians. Elvis Costello, The Pixies and Carlos Santana were among those he mentioned. He stressed the importance of a cultural boycott, saying: "Each time a major artist like this cancels a show, it brings much needed international attention to the situation in occupied Palestine."

When it comes to Lopez, in their tweets on the hashtag #CancelTelAviv, supporters have attached pictures of injured Palestinian children to convince the star to boycott the country. Although Israeli news website Ynew News has reported that Lopez confirmed plans to perform at Yarkon Park in Tel Aviv, according to Al-Arabiyya English, the singer has not made an official announcement yet.
RELATED TOPICS