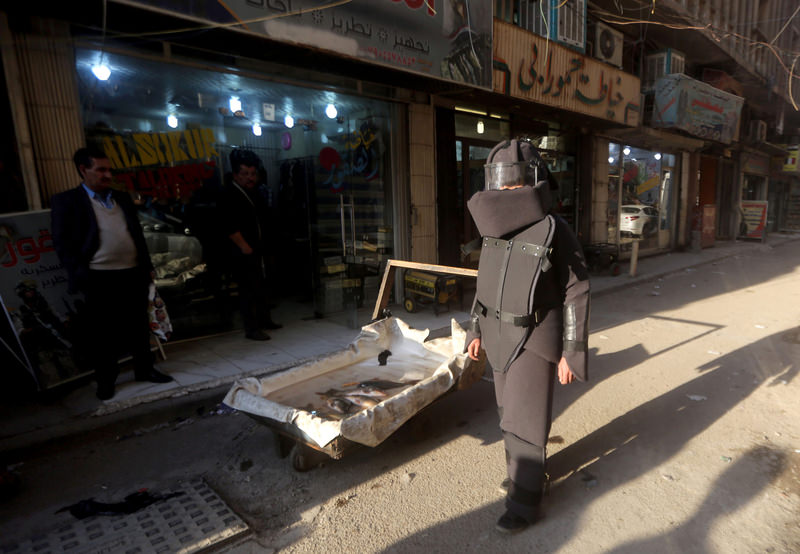 The inspiration for Iraqi artist Hussein Adil's ,bomb suit happening, came after the death of his close friend Ammar al-Shahbander last year in a suicide car bombing.
by Feb 23, 2016 12:00 am

In a territory where bombings are not unfamiliar, one Iraqi artist performs on a Baghdad street in a bomb suit in order to attract attention to deaths caused by bombs

The man in the bulky bomb disposal suit waved at a group of children who watched in awe as he walked down a Baghdad street and sat outside a small cafe to drink tea. But there was no bomb to defuse on Rasheed Street that day, and no armor inside the black suit to protect him from explosives. Iraqi artist Hussein Adil designed the mock bomb suit himself - complete with huge helmet and visor - for this performance. 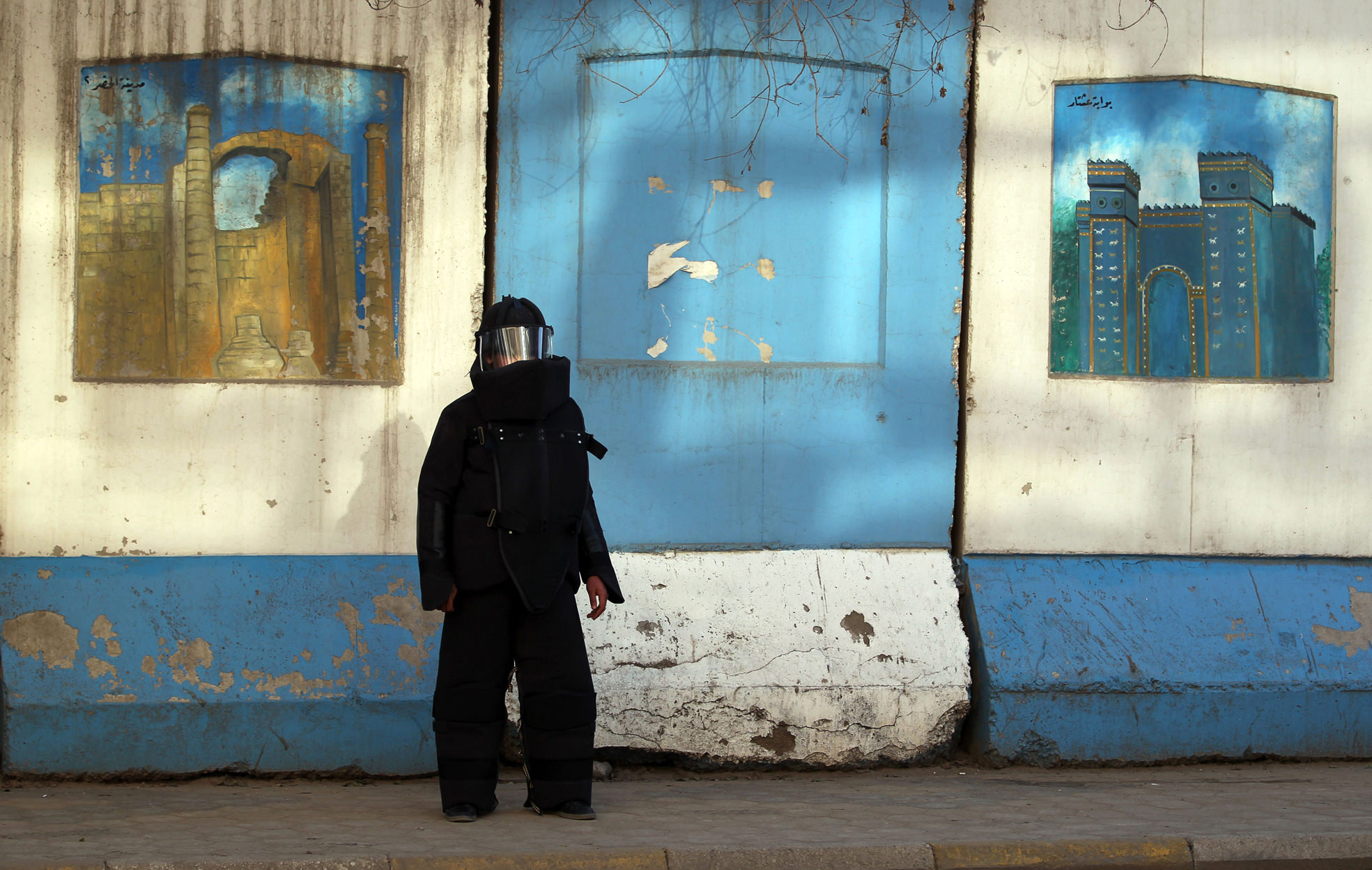 "We had to make this one because there aren't many bomb suits in Iraq," he said. "We are one of the countries in the world that needs them the most," said Adil, a wispy 20-year-old with a wild head of curly hair, one of an ever-growing number of Iraqi artists looking for new ways of tackling the violence they have grown up with. The inspiration for his "bomb suit happening" came after the death of his close friend Ammar al-Shahbander last year in a suicide car bombing. The widely loved journalist, along with Adil and two other friends, were heading to a cafe to drink tea in Baghdad's Karrada district when Shahbander received an important telephone call. "I told them to go ahead, that I would follow them in five minutes," Adil said.

He heard an explosion moments later. After searching for the group for hours, he eventually found one of his friends in a local hospital with a head injury, also learning that his friend Shahbander had been killed. Two weeks later, he had a dream that a bomb went off near a square in central Baghdad and, after waking up, immediately called his friends and his father to tell them. An explosion rocked the exact spot later that day. "My friends called me to ask me how I knew - it was a very strange thing," he said, adding that it was at that moment that he began looking for ways to express his angst through art.

Baghdad has been rocked by hundreds of car bombs over the years, sometimes several in a day, during periods of intense clashes. The blasts and other attacks have left tens of thousands of civilians dead and left many residents with severe trauma that remains even after the violence ebbs, as is now the case. Adil thought of a simple performance, during which his friend Muslim would go about normal daily activities in Baghdad wearing a bomb suit. "I thought, why isn't there some kind of outfit that can protect us? Other approaches have failed to produce results so I have been searching for individualized solutions," Adil said.

The decrepit charm of the once glorious Rasheed Street's ornate arcades and derelict theaters provided an odd backdrop for the dark figure, seen casually walking in full mock ordnance disposal gear. As they saw Muslim trudging along, arms swaying and head ensconced in a massive ballistic collar, some observers seemed alarmed or amused. Others barely turned their heads to look. "I suppose they have their reasons for doing this kind of art, but personally I don't see what it's going to change about what our country is going through," said Abu Ibrahim, a local shop owner.

Followed by his friend Adil, Muslim walked into buildings to chat with people, order tea at a cafe and inquire about prices at a tailor's shop. After two people helped him out of his bomb suit, Muslim spoke of the many thoughts that rushed through his mind. "I knew it wasn't a real suit ... but at one point I actually felt it was protecting me, and I started imagining all the things I could do," he said. "I could feel people looking at me. Some were laughing, some were perplexed and others looked like they wanted to try it on." Adil will repeat the performance in various locations of the capital and wrap up his experiment with a photo exhibition. "I wanted to show the public what we have come to ... and plant this question in their heads: What if we all looked like this?"
RELATED TOPICS