Oscars held under the shadow of racism allegations 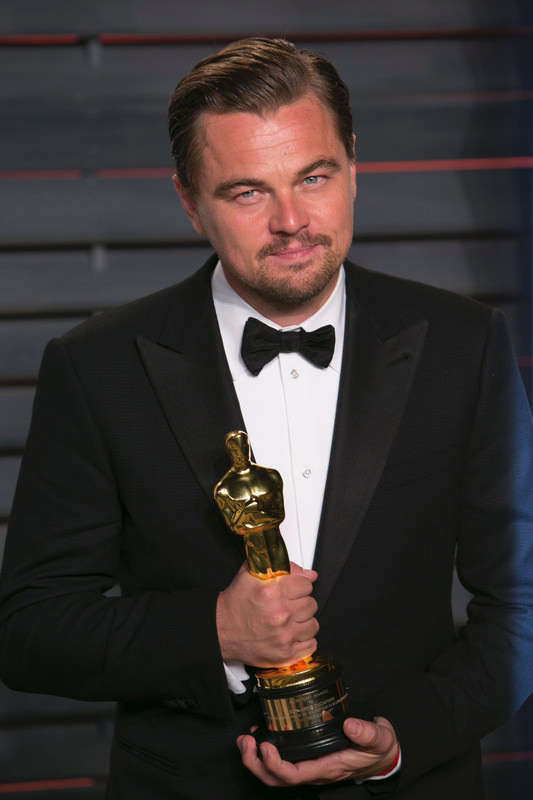 by Anadolu Agency Mar 01, 2016 12:00 am
After five unsuccessful nominations, actor Leonardo DiCaprio won the Oscar award for best actor for his role in "The Revenant" at the 88th Academy Awards in Los Angeles Sunday night.In the film, Leonardo DiCaprio, 41, plays the role of a 19th century frontiersman who is left for dead in the wilderness after a bear attack. "The Revenant" is directed by Alejandro Gonzalez Inarritu, who won the award for Best Director for the second year in a row. He received the award for Best Director of the film "Birdman" last year, making him the first director to gain a consecutive win since Director Joseph Mankiewicz in 1949 and 1950.

The award for Best Picture was given to "Spotlight." The movie depicts a journalist's investigation into a sex abuse scandal in Boston involving the Catholic Church. The movie also won the Oscar for Best Original Screenplay. Brie Larson won Best Actress for her performance in "Room" and Mark Rylance won Best Supporting Actor for his performance as a Soviet agent in Steven Spielberg's "Bridge of Spies." Alicia Vikander won best supporting actress for her role in "The Danish Girl," in which she played an artist married to a man who begins to identify himself as a woman. The movie "Mad Max: Fury Road" dominated the more technical categories, winning six Oscars in costume design, production design, makeup, film editing, sound editing and sound mixing. Sam Smith's "Writing on the Wall," from the James Bond film "Spectre," won the Oscar for Best Song. Ennio Morricone, the composer of films such as "The Good, the Bad and the Ugly" and "The Untouchables," won the Oscar for Best Original Score for Quentin Tarantino's "The Hateful Eight." In the Foreign Language films category, "Son of Saul from Hungary" was awarded the Oscar. The Franco-Turkish co-production "Mustang" by Deniz Gamze Ergüven was one of the nominees.

As usual, Sunday night's show was not all about the awards. The show kicked off with host Chris Rock's highly anticipated monologue in an awards ceremony, which did not include any African-American nominees. Wearing a white tuxedo, Chris Rock, a black comedian, referred to the awards as "the White People's Choice Awards," while demonstrations supporting diversity took place not only in front of the Dolby Theatre, but also across the U.S.

This was the second year in a row that the nominations included no African-Americans. When the nominations were announced in mid-January, director Spike Lee and actress Jada Pinkett Smith announced that they would not attend the show. Throughout the evening on Sunday, the issue was raised several times. "Is Hollywood racist? You're damn right it's racist," said Rock. "Hollywood is sorority racist." Rock confessed he had considered joining the boycott of the Oscars and bowing out as host, but concluded: "The last thing I need is to lose another job to Kevin Hart," referring to another African-American comedian.

Noting the lack of black nominees in Oscar history, he pointed out that, in the 1960s, "black people" did not protest because they had "real things to protest at the time." "We were too busy being raped and lynched to worry about best cinematography," Rock said.
RELATED TOPICS