Elusive street artist Banksy may have been unmasked by mathematics 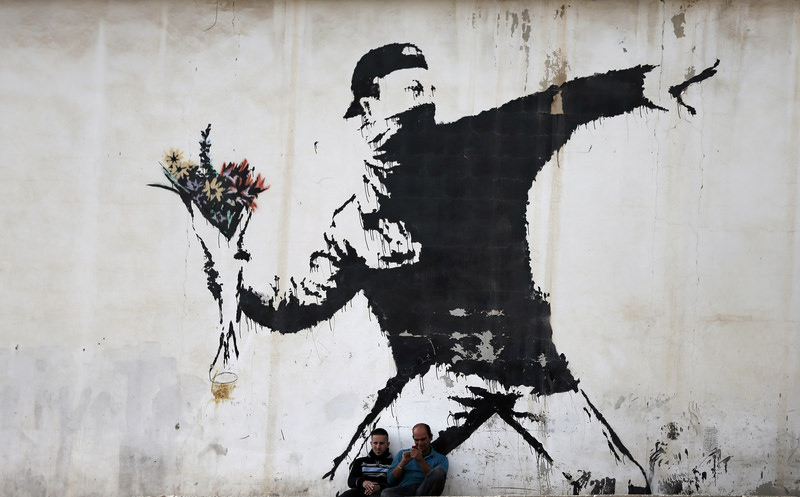 by Associated Press Mar 07, 2016 12:00 am
Scientists have applied a type of modeling used to track down criminals and map disease outbreaks to identify the graffiti artist, whose real name has never been confirmed. The technique, known as geographic profiling, is used by police forces to narrow down lists of suspects by calculating from multiple crime sites where the offender most likely lives. The researchers used the location of 140 Banksy artworks in London and Bristol, western England. Writing in the Journal of Spatial Science, they said the artworks "are associated with sites linked to one prominent candidate Robin Gunningham, previously named in media reports as Banksy.

They said the study is not conclusive but "does provide some support for the theory that he is Banksy." Banksy's spokeswoman did not immediately respond to a request for comment Friday. The artist's satirical stencils "rats," "kissing policemen," "riot police with yellow smiley faces" first appeared on walls in Bristol before spreading to London and then around the world. His works have fetched as much as $1.8 million at auction. The researchers say their art-sleuthing "demonstrates the flexibility of geographic profiling." Lead writer Steven Le Comber, a mathematical biologist at Queen Mary University of London, said the technique had uses beyond criminology, such as working out where epidemics start.

He said that during a malaria outbreak in Cairo, "we found that if we used the addresses of people with malaria we could find the mosquitoes that were spreading the disease very easily." Le Comber said the Banksy hunt suggested geographic profiling could even be used to track down terrorists before they commit an attack. "Some terrorists will engage in graffiti, banner-posting and leafletting to establish their credibility," Le Comber said. "You could potentially use the spatial pattern of leafletting to identify the location of terror cells.
RELATED TOPICS