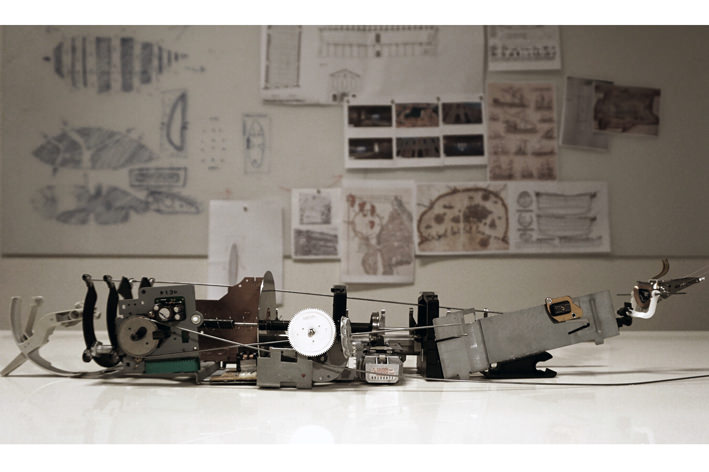 This year's Venice Biennale Architecture Exhibition will feature a Turkish pavilion that displays artwork called ‘Darzana' - a mix between the Turkish ‘tersane' and Italian ‘arsenal,' which refers to Venice and Istanbul being twin shipyards in the Mediterranean throughout history

One of world's most prominent architectural events, the Venice Biennale 15th International Architecture Exhibition, will run between May 28 and Nov. 27. The exhibition of the Turkish Pavilion, realized with the coordination of the Istanbul Foundation for Culture and Arts (İKSV), will be co-sponsored by Schüco Turkey and VitrA. Located at the Arsenale's Sale d'Armi building, the Turkish Pavilion will display the project titled "Darzana," which will be created by a team composed by Hüner Aldemir, Caner Bilgin, Hande Ciğerli, Gökçen Erkılıç, Nazlı Tümerdem and Yiğit Yalgın under the curatorship of Mehmet Kütükçüoğlu, Ertuğ Uçar and Feride Çiçekoğlu. Inspired by Venice and Istanbul - the shipyard cities and sister harbors of the Mediterranean Sea - "Darzana" wants to build a bridge between the two cities and emphasize the common cultural heritage of Istanbul and Venice, including the traces of this common cultural heritage as it is reflected by language and architecture.

The project takes its name from a hybrid word originated from the Mediterranean region. The word "darzana" refers to shipbuilding harbors in Greek, Latin, Hebrew, Arabic and Turkish. It is derived from the shared origins of the Turkish word "tersane" and the Italian word "arsenale," both of which mean shipyard. Doing so reflects Lingua Franca, a hybrid language that allowed seaman, wanderers and merchants from the Mediterranean to understand one another between the 11th and 19th centuries even though they did not speak the same language. It is also alluding to the common architectural language between Mediterranean nations called "architectura franca." 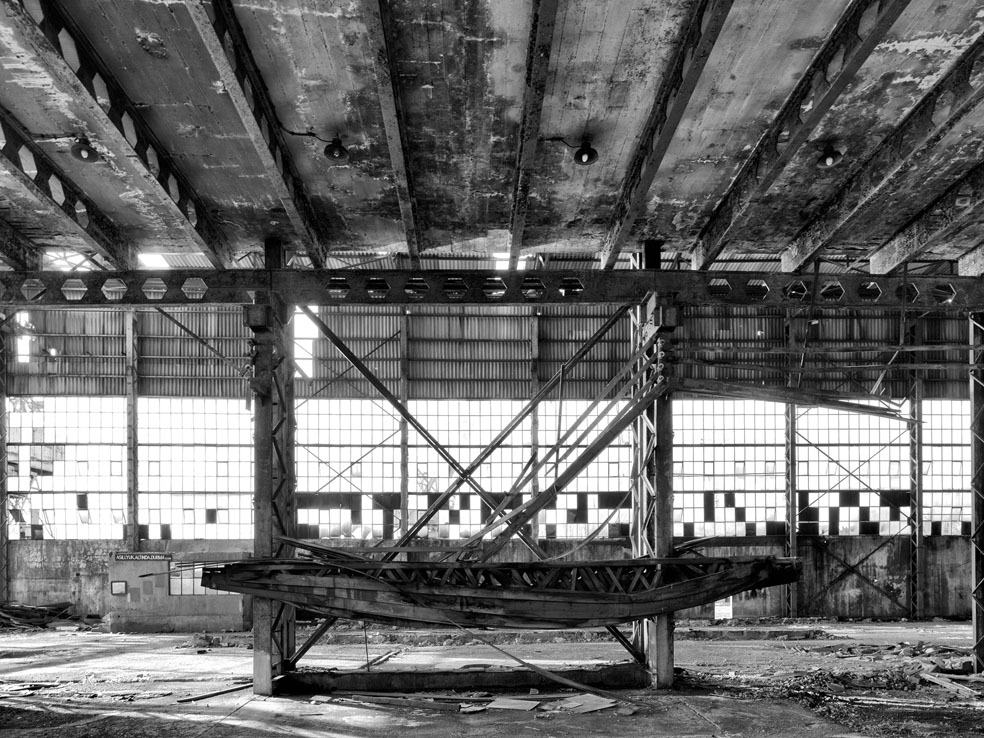 The core of the shipyards of Istanbul and Venice, the cities that embrace different identities today, are the docks, which are referred to as "göz" in Turkish and "volti" in Italian. These places are positioned parallel to the sea and are used to launch finished ships onto the water. For the "Darzana" project, the architects will build one last "baştarda" - a huge galley - from the waste material in one of the docks on the coast of Istanbul's Golden Horn. Then, it will be moved to the dock in the Sale d'Armi building where the Turkish Pavilion for the Venice Biennale is located before being rebuilt in time for the exhibition. 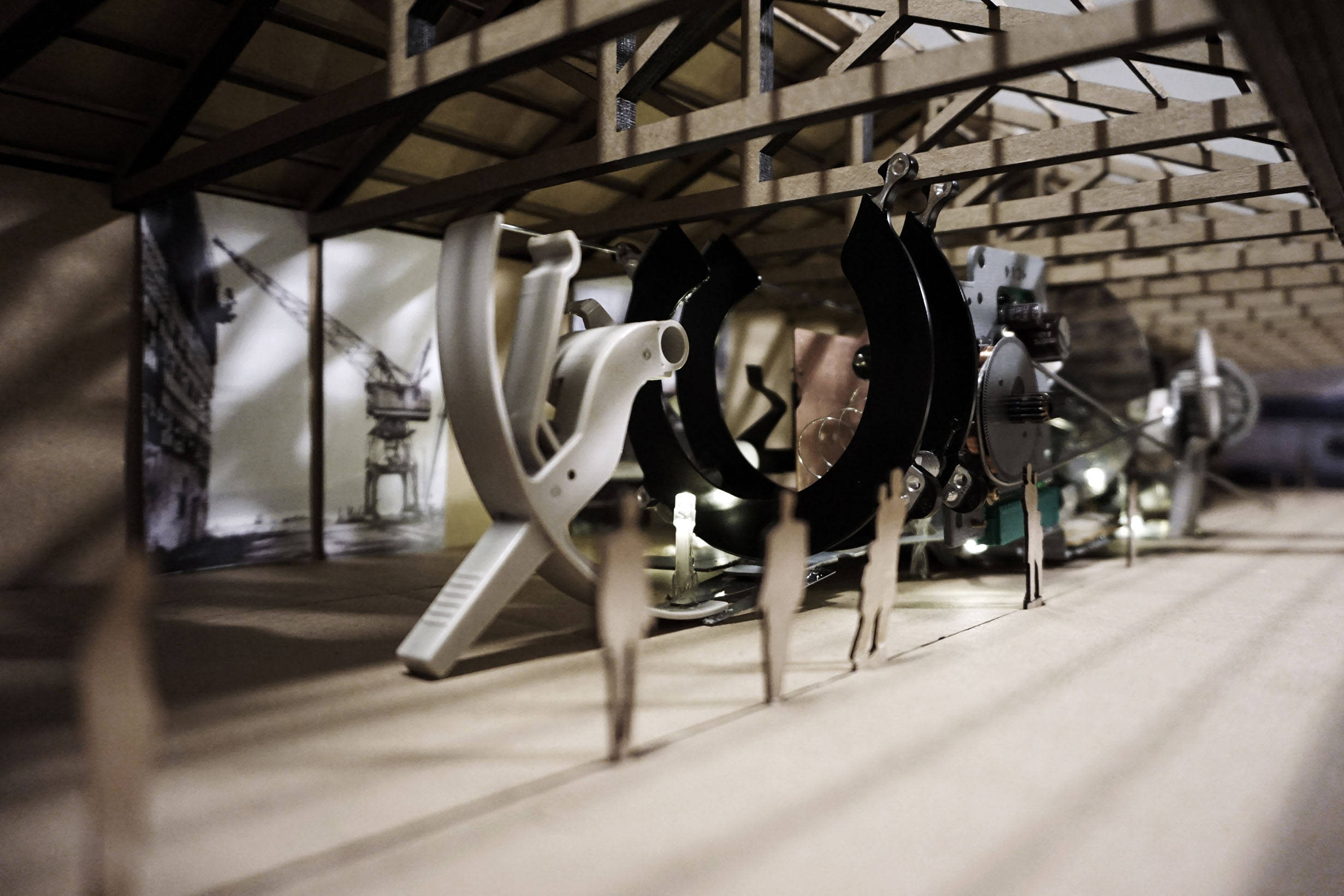 Derived from the Latin word "bastardo," "baştarda" is a type of galley that can be operated by both rows and sails. This term symbolizes the hybrid structure that originated in the Mediterranean, and the baştarda will be the vehicle of the "Darzana" project. The baştarda will serve as a bridge between two docks, one of which has been left to rot in a metropolis while the other comes back to life every other year as a museum. The installation will show that people cannot draw borders on water and cannot build wire fences between words while also aiming to convert borders into common ground where people can negotiate. Architecture is a field that might cause confrontation and conflict; some architects even leave their profession to focus on other things. The main theme of the "Darzana" project will be whether it is possible to find common ground on such conflicts without leaving the borders of architecture.

A specially designed book and bag for

The project team is also working on a reference book to accompany the "Darzana" project. The book will tell the story of the Golden Horn's shipyards starting with their foundation. The book will use various archive and historical materials to describe the golden age of the Golden Horn, as well as the time when these shipyards were left to rot. The book is being edited by Feride Çiçekoğlu, and it will feature articles by Namık Erkal and Vera Costantini as well as photographs by Cemal Emden. Bülent Erkmen is designing and curating all the visual materials related to the book. It will be distributed by Yapı Kredi Publications, and will be published in Turkish and English. The book will hit the shelves right after the opening ceremony of the Venice Biennale's 15th International Architecture Exhibition. Moreover, an exclusive bag is being designed for the "Darzana" project by Hüner Aldemir, who is part of the project's team. The bags will be made from the canvas that is used on ships.

İKSV Salon will host an event focusing on the "Darzana" project at the 15th International Architecture Exhibition in Venice on April 5. Cemal Emden and Namık Erkal will narrate the history of Istanbul's shipyards though historical photographs. The panel session will be free of charge. For further information on the panel session, visit: www.iksv.org.

Apart from the main exhibition "Reporting from the Front," which is curated by Alejandro Aravena, the 15th International Architecture Exhibition will host the pavilions of 62 countries in the Venetian areas of Arsenale and Giardini. The Philippines, Kazakhstan, Nigeria, the Seychelles and Yemen will attend the architecture biennale for the first time.