Legacy of prominent Hungarian photojournalist on display in Izmir 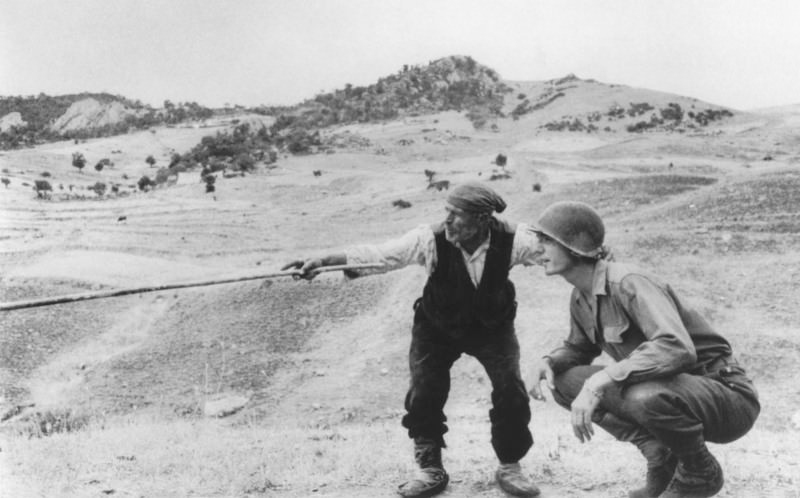 Held in collaboration with Magnum Photograph Agency, the display "The White Sound of Blood," the first retrospective exhibition of war photographer and photojournalist Robert Capa in Turkey, is currently on display at Folkart Gallery in İzmir until May 15. The exhibition features a total of 97 photos taken by Capa who is considered one of the most legendary war photographers.

Born into a Jewish Family in Budapest in 1913, Capa left his country to study photography in Berlin. However, he settled in Paris after the Nazis started gaining popularity in Germany, and became close friends with the famous photographers of his time. Capa found his fame, his profession and the love of his life thanks to war but also lost everything, except for his fame, to war as well. Capa always hated war, despite being famous for his photos taken during war times, and said: "I want to be an out-of-work war photographer for the rest of my life." He lost his beloved, Gerda Pohorylle, during the Spanish Civil War. Capa, who is one of the founders of Magnum Photography, first documented the Spanish Civil War between 1936 and 1939, and spent six months in China in 1938 in order to photograph the Chinese resistance who fought against Japanese occupation.

The artist photographed political incidents prior to World War II but returned to being a war photographer during the European Campaign of the war. He also documented the 1948 Arab-Israeli War. In 1947, he co-founded Magnum Photos, which was the first cooperative agency for worldwide freelance photographers, in Paris with David "Chim" Seymour, Henri Cartier-Bresson, George Rodger and William Vandivert. Afterward, Capa began to spend time with the well-renowned director Alfred Hitchcock and took photographs at his film sets and traveled to the Soviet Union with John Steinbeck. He also worked with famous figures of the time such as Ingrid Bergman, who was also his love interest, Cary Grant, Gary Cooper, Pablo Picasso and Henri Matisse. Capa died at the age of 40 after stepping on a landmine while he was covering the First Indochina War for Life magazine in 1954.