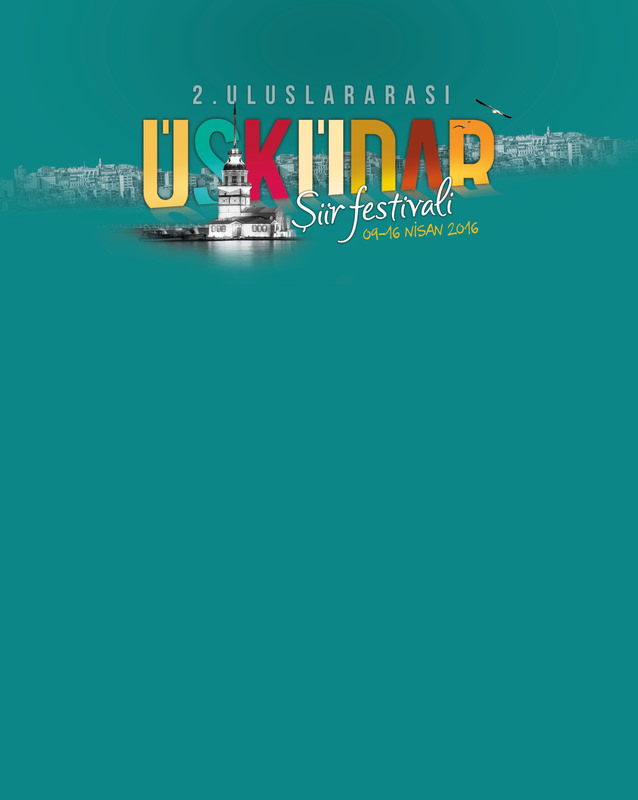 Istanbul's Üsküdar district is currently hosting a poetry festival, that gathers poets from around the world for poetry nights, that take place at various venues across the district and along the Bosporus

The Second International Üsküdar Poetry Festival started last Saturday, and has 33 poets participating from 16 different countries. Accomplished poets from countries such as Germany, the United States, Argentina, Syria, Hungary and the United Arab Emirates will organize poetry readings on April 12. The festival will continue until April 16.

Organized by Üsküdar Municipality, the International Üsküdar Poetry Festival kicked off on April 9. During the festival, 16 poets from 33 countries will share their own poems as well as world anthologies, at different locations and streets in Istanbul's Üsküdar district.

On April 13, poetry readings will be held at Hüseyin Avni Sözen Anatolian High School at 10 a.m. and Haydarpaşa High School at 2 p.m., followed by the "Musical History of Turkish Poetry with Serdar Tuncer" program, which will be organized at Beylerbeyi Pier at 7:30 p.m. During the program, the history of Turkish poetry will be discussed and a poetry reading will be held accompanied by music.

On April 14, poetry readings will also be held at Marmara University's Faculty of Theology at 10 p.m., Sabancı Maturity Institute at 2 p.m., as well as in front of Hacı Selim Ağa Library at 6 p.m. and Bağlarbaşı Cultural Center's (BKSM) Avrasya Hall at 8 p.m.

On April 16, the last day of the festival, the closing ceremony will be held at BKSM Boğaziçi Hall at 8 p.m., and poets from different countries as well as Turkey will read poems. Within the framework of the festival, prominent poets around the world will read poems, including one of the important figures of the festival, Jamaican Mutabaruka; one of the leading performance poets of South Africa Lebo Mashile, renowned for his strong usage of humor and irony as well as poetry performances; Icelander Eirikur Örn Norddahl; one of the leading poets of England and T.S. Eliot-awarded Jen Hadfield; a crucial contributor to Turkish poetry and Nazim Hikmet Poetry-awarded American poet Mel Kenne; one of the most important representatives of Arabic literature and writer of 21 books of poetry Moroccan Mohammed Bennis; Syrian opposition poet Mahmoud Eltawil; Argentinian writer, poet and translator Jona Burghardt; writer of Turkish poetry German poet-photographer Achim Wagner; and one of the most influential young poets of Macedonia Gjoko Zdraveski. Following these readings, Turkish poets Ahmet Edip Başaran, Hüseyin Akın, Ali Ural, Mehmet Can Doğan, Mustafa Akar, Adem Turan and Zafer Acar will read the final poems of the festival.

At the closing ceremony, the Üsküdar Poetry Awards will be given out following a musical performance by artist Dilek Türkan.
RELATED TOPICS