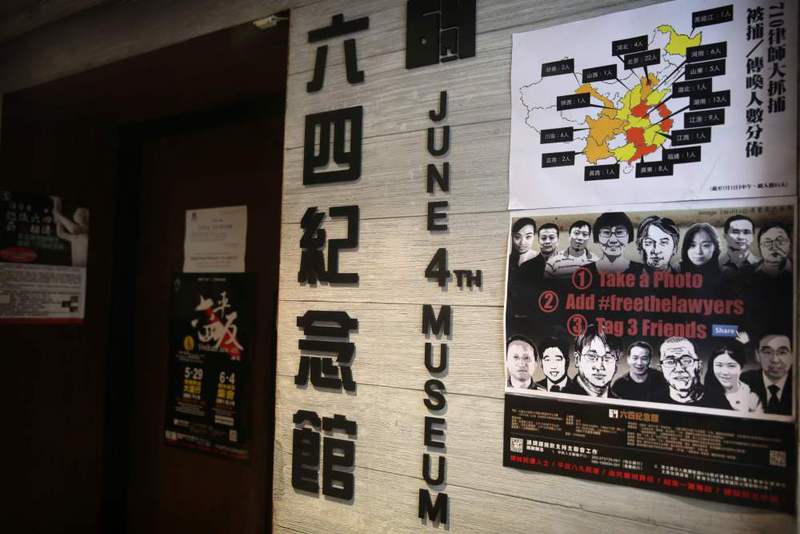 by Associated Press Apr 16, 2016 12:00 am
The world's only museum chronicling the Chinese government's brutal 1989 crackdown on student protesters in Beijing's Tiananmen Square say it faces closure because of a legal dispute, its Hong Kong operators said Friday.

The pro-democracy group behind the tiny Hong Kong museum said it has decided to look for another space rather than fight a costly lawsuit launched by other owners of the building where the museum is located.

The June 4th Museum, which opened two years ago, is dedicated to preserving the memory of one of the darkest chapters of modern Chinese history through photos, videos, artifacts and written histories. Its exhibits include a replica of the Goddess of Democracy statue famously erected by protesters in Tiananmen Square.

Located in a small office building in the specially administered Chinese region's Kowloon peninsula not far from a major tourist district, the 75 square meter (800 square foot) museum is aimed at challenging the Communist Party's official verdict that the mostly student-led protests were a "counterrevolutionary riot."

Unlike in mainland China, where the crackdown remains a taboo, memory of the Tiananmen protests remains strong in Hong Kong, which retains civil liberties 17 years after Britain ceded control of the city to China.

The lawsuit claims the group is breaking building rules by not using the space as an office, said Lee Cheuk-yan, a lawmaker and secretary of the Hong Kong Alliance in Support of Patriotic Democratic Movements in China.

"They have a very expensive lawyer team to challenge us so it takes up a lot of our time and resources in facing this lawsuit," Lee said, calling it a form of politically motivated harassment.

He said his group has decided to find a new and bigger space and will hold a crowdfunding campaign to raise 3 million Hong Kong dollars ($387,000).
RELATED TOPICS