Ottoman Empire and its ambassadors subject of collection exhibition 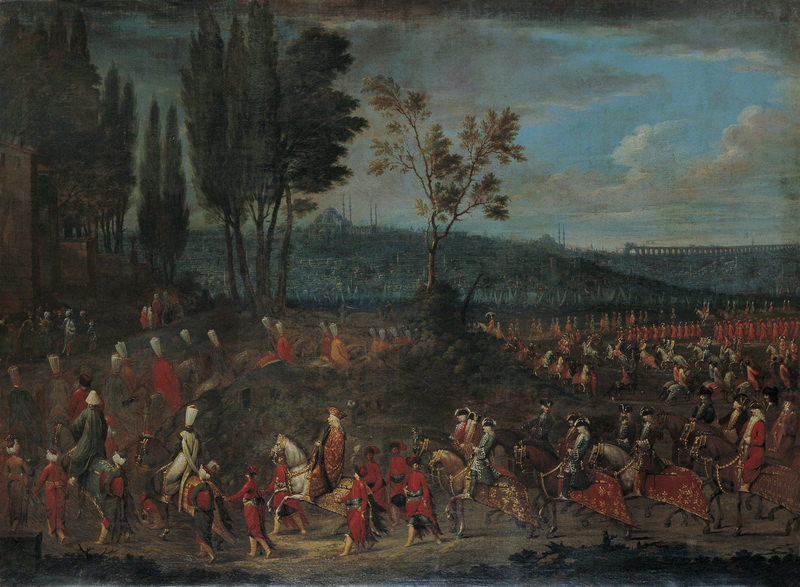 Pera Museum's 'Intersecting Worlds: Ambassadors and Painters' exhibition offers a selection from Suna and İnan Kıraç's Orientalist painting collection and explores how the Ottomans and their ambassadors were represented in work from the 17th to 19th century

"An ambassador is not simply an agent," the British essayist Walter Bagehot wrote. "He is also a spectacle." For the English diplomat and author Sir Henry Wotton, an ambassador was "an honest man sent to lie abroad for the commonwealth." In the Ottoman Empire's complicated relations with European states, the perception of ambassadors from both sides embodied this dynamic. They were under careful inspection regarding their political objectives. At the same time, they gave rise to a sense of fascination thanks to the foreign air they carried with them. In the realm of the arts, their presence in Istanbul produced intriguing works: they were here to document local customs while locals were curious about their lifestyles. A crucial factor in this curious relationship was the foreign artists who traveled with ambassadors to their posts in order to produce works of art. 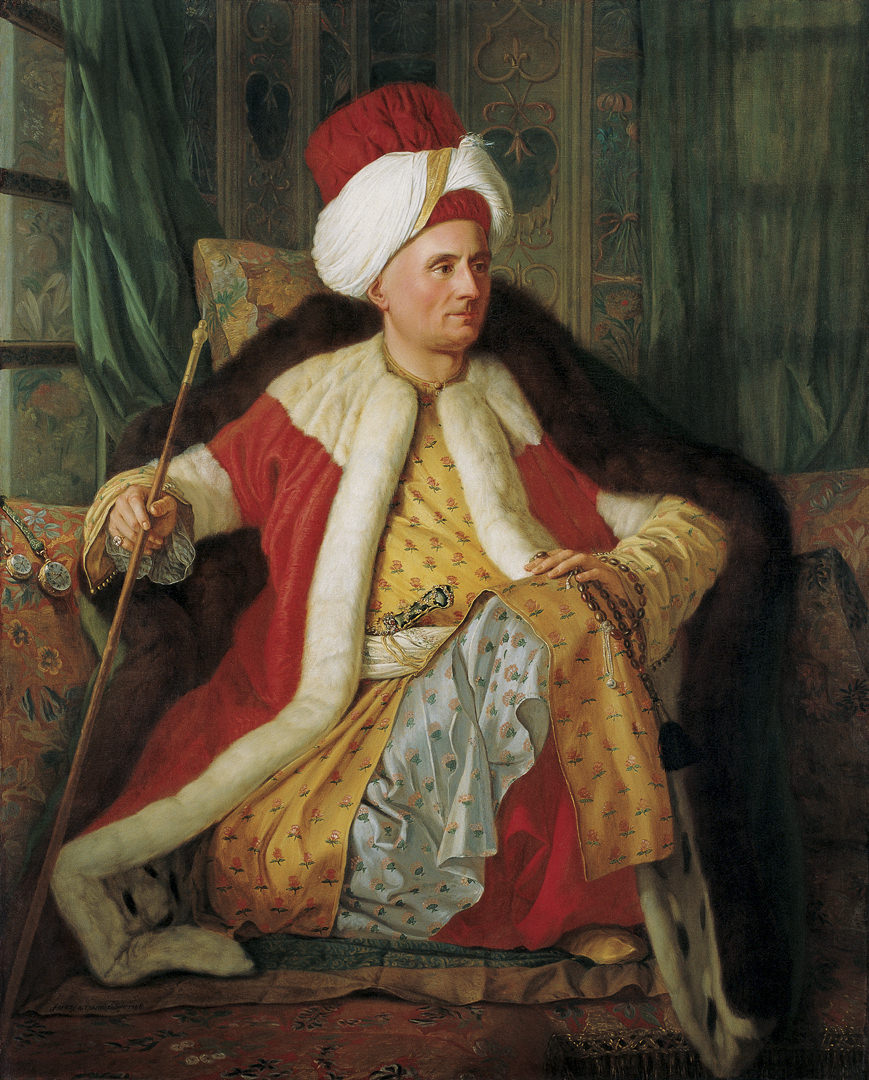 The artistic representations of foreign ambassadors in Istanbul and Ottoman ambassadors abroad from the 17th to the 19th century is the subject of Pera Museum's exhibition "Intersecting Worlds: Ambassadors and Painters." The meticulously researched and beautifully designed catalogue of the exhibition features articles on the subject by a group of experts, Philip Mansel, Mehmed Alaaddin Yalçınkaya, Günsel Renda and Zeynep İnankur, exploring the subject of ambassadors, their portraits and patronage of the arts in their writings. 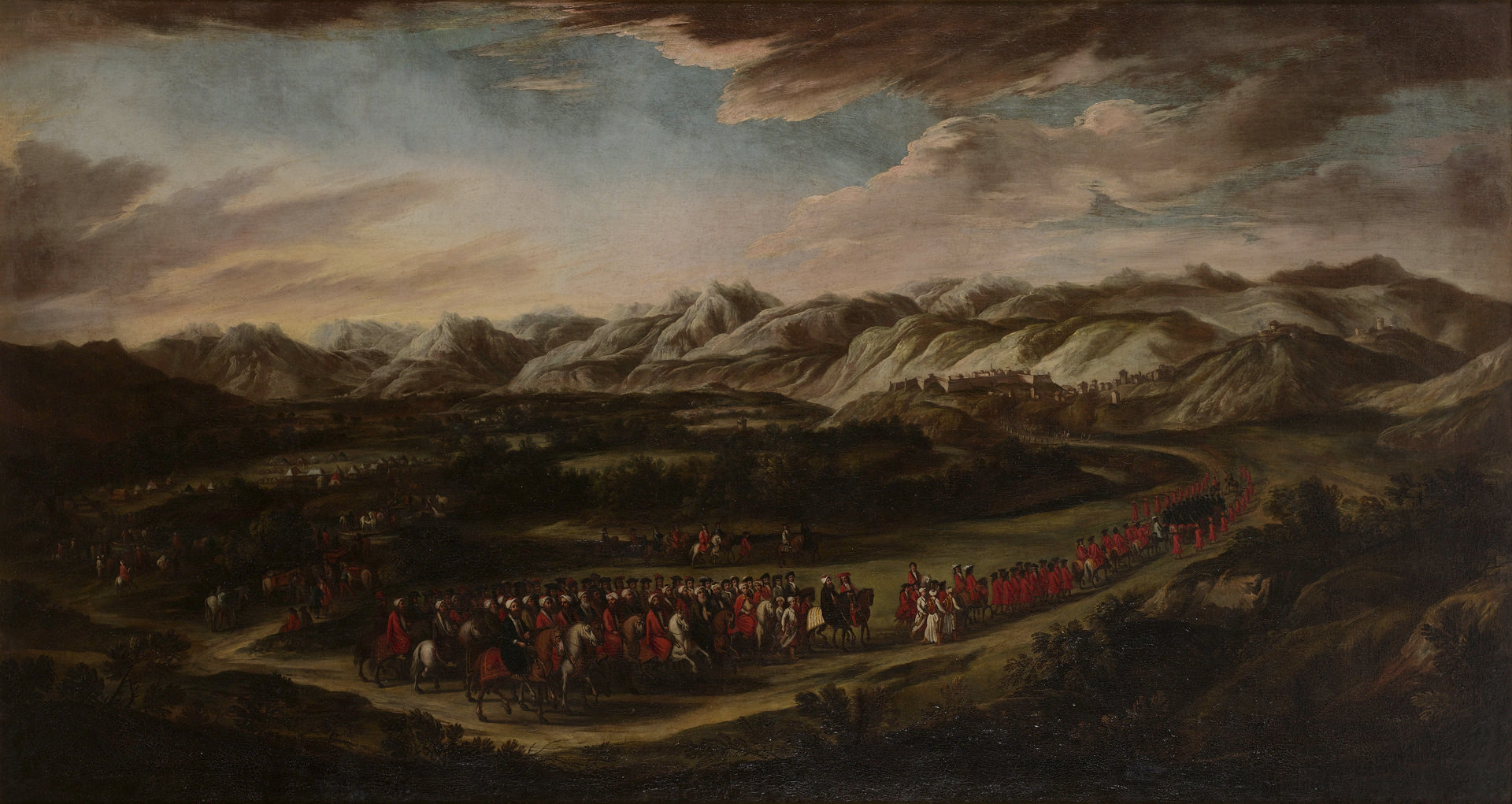 Artistic representations of foreign ambassadors in Istanbul and Ottoman ambassadors abroad from the 17th to the 19th century is the subject of Pera Museum's exhibition "Intersecting Worlds: Ambassadors and Painters."

"Western ambassadors were prompted by the necessity to document the social structure, customs, administrative and military organization of the Ottoman Empire, particularly that of Istanbul," the catalogue informs us. "Apart from the reports they drafted upon their return, they also took advantage of the gifts and paintings they carried along. Often presumed to be true-to-life visual documents, such paintings thus became the most evident expression of respectability and social status, and attained a special place and meaning, partly due to their potential to address the masses. The work that ambassadors commissioned from artists they added to their retinue en route to the East, or to their local counterparts they encountered during service, evolved into books with engravings or collections decorating the walls of European chateaus, and served as source material for works by other artists, thus generating a large visual repertoire on the Ottoman world." 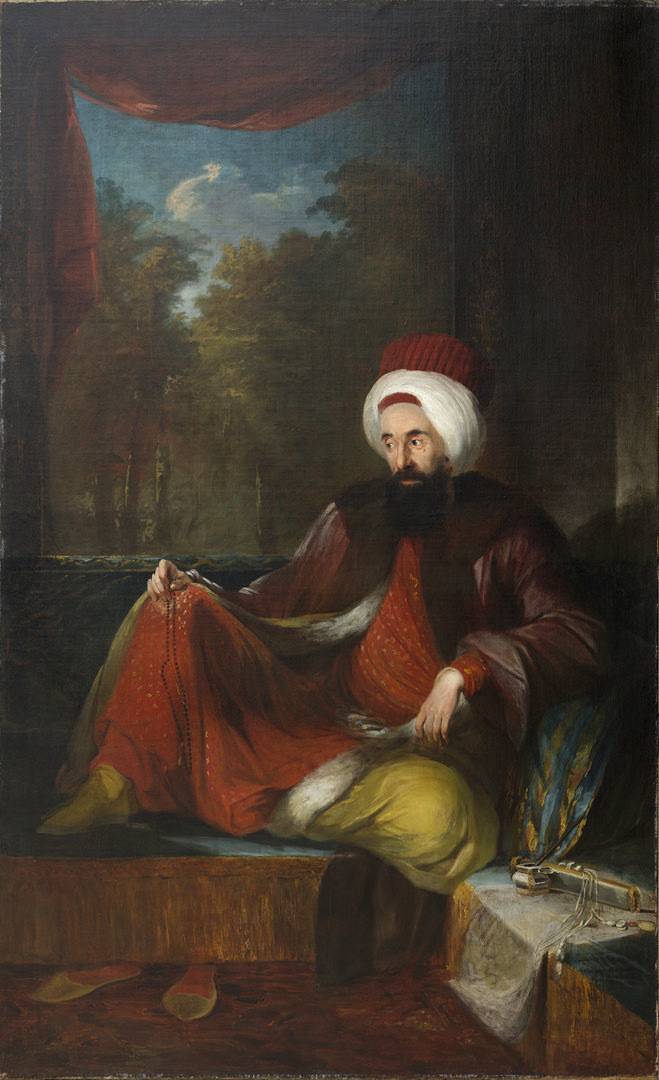 Among the paintings that document Istanbul from the perspective of foreign artists there is "View of Constantinople and Eyüp as seen from Okmeydanı" by Luigi Mayer and "The ambassadorial delegation passing through the second courtyard of Topkapı Palace" by Jean-Bapiste Vanmour. I found portraits of ambassadors who pose like Ottoman Turks more elegant and curious. "Portrait of Charles Gravier, count of Vergennes and French ambassador, in Turkish attire" by Antoine de Favray is among the highlights of the exhibition. There are also portraits of Ottoman statesmen made by foreign artists from embassies. "Közbekçi Mustafa Aga and his retinue" and "Mehmed Said Efendi and his retinue" by George Engelhardt Schröder are among the most notable examples of this sub-genre.

Embassies living in Pera became a central subject in 18th century Orientalist painting, seen as part of a European-style social life. "Conceived as a 'suburb of Paris,' this Western setting provided painters with a milieu from which they received commissions that enabled them to meet their expenses and, thus, sustain their life in Istanbul," the exhibition catalogue explains. "By the 19th century, Western ambassadors assumed the role of patrons for Orientalist painters in Istanbul, such as Fabius Brest or Fausto Zonaro, who ventured out towards the exotic East independently of a diplomatic entourage. Similar, for example, to his painting that depicts British ambassador Sir Philip W. Currie's daughter in a palanquin to be used on her wedding ceremony, Zonaro received commissions from ambassadors and ambassadorial circles prior to becoming Abdülhamid II's court painter, and he was introduced to the Ottoman Palace by way of Russian ambassador Aleksandr Nelidov."

On the other side of the cultural divide were permanent embassies of the Ottoman Empire in Europe. Among the most fascinating Ottoman ambassadorial figures in the exhibition is Yusuf Agah Efendi, who was appointed to London as resident ambassador during the reign of Selim III. The exhibition presents us with fascinating details concerning his appointment. We learn about how Yusuf Agah Efendi departed from Istanbul with his retinue on October 14, 1793 and made his way through Transylvania before arriving at the Ostend on the Channel.

Agah Efendi's retinue finally reached London on December 21 the same year. "After staying at the Royal Hotel in Pall Mall, the Ottoman delegation moved into the embassy building in the Adelphi district," Mehmed Alaaddin Yalçınkaya writes in his article. "On January 15, he was received by Prime Minister William Pitt. The same night, the Turkey (Levant) Company gave a dinner reception in honor of the Ottoman ambassador. On January 18, Yusuf Agah was received by the Queen."

The scene in which Yusuf Agah Efendi presented his credentials to King George III is represented here by a painting by Mather Brown and J. Daniel Orme. Although it was now Ottoman ambassadors visiting foreign lands, the artists who represented them were not Istanbul artists traveling with them. "Ottoman ambassadors sent to European countries were subjects of monumental portraits painted by leading European artists of the period, immortalizing these historic visits," the catalogue explains. The nationalities of those subjects changed but the artists who represented them did not.
Last Update: Apr 23, 2016 2:49 am
RELATED TOPICS