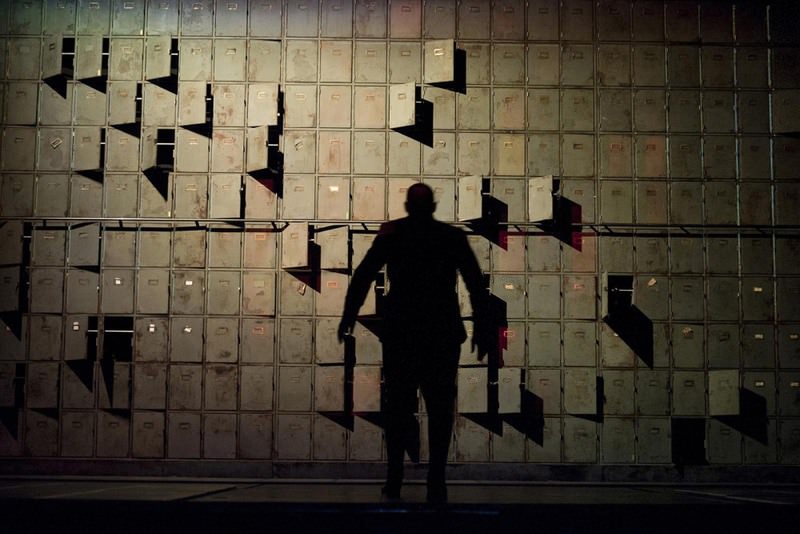 The 20th International Istanbul Theater Festival, which kicked off on May 3 and continues to stage the finest examples of contemporary and classic theater until May 28, hosts innovative director Guy Cassiers and Toneelgroep Amsterdam, one of the most important theater companies in Europe

Co-produced by the European Union Creative Europe Program and Toneelhuis and Toneelgroep Amsterdam, "The Kindly Ones," which portrays World War II from the perspective of an SS officer, will be performed three times during the festival. Having premiered in Antwerp, Belgium, on March 10, the distinguished production will be staged in Istanbul as a part of the festival for the first time outside Amsterdam. "The Kindly Ones" by Toneelgroep Amsterdam will be performed in collaboration with Uniq Istanbul as well as the European Union Creative Europe Program from May 6 to May 8 at Uniq Hall, which is part of Uniq Istanbul. Moreover, Cassiers will hold a panel session for theater lovers following the May 7 performance of the play.

Adapted from Jonathan Littell's namesake novel by Cassiers and dramatist Erwin Jans for theater, "The Kindly Ones" is told from the point of view of SS officer Max Aue, shedding light on the genocide that took place during World War II. Focusing on Aue's posts in Kiev, Stalingrad and Berlin, the play claims that the Germany of the time was not unduly populated by monsters or perverts but by ordinary citizens who collectively moved toward total madness under and because of Nazi fascism. The play displays the power of language and the dark side of humanity, enabling the audience to connect with the stream of thought of the protagonist.

Apart from its stage directions and script, "The Kindly Ones" will impress the audience with its curtain on which the videos filmed during the play are reflected, specially designed costumes and the music selection. The play is co-produced by Toneelhuis and Toneelgroep Amsterdam, the European Union Creative Europe Program, International Istanbul Theater Festival, deSingel, Le Phenix, Scene Nationale de Valenciennes, Maison de la Culture d'Amiens, Festival Temporada Alta and Festival RomaEuropa. Following the performances in Istanbul, "The Kindly Ones" will be performed in Amsterdam, Utrecht, Heerlen, Rotterdam and Breda in the Netherlands as well as Groningen, Germany, and Brussels, Belgium.

Belgian-Flemish director Guy Cassiers brought a new dimension to drama by developing a new drama language via video and supporting live performances with live music. Cassiers has directed various operas due to his passion for aesthetics and music, and he stands out as an artist who directed the plays of prominent dramatists such as Richard Wagner's "Der Ring des Nibelungen" and Francesco Cavalli's "Xerse." Known for his interests in politics and history, Cassiers is focusing on European history in his recent works. Since 2006, Cassiers has been the director of Toneelhuis and Toneelgroep Amsterdam and recently staged the new adaptation of Albert Camus' "Caligula" and Jonathan Littel's "The Kindly Ones."
RELATED TOPICS