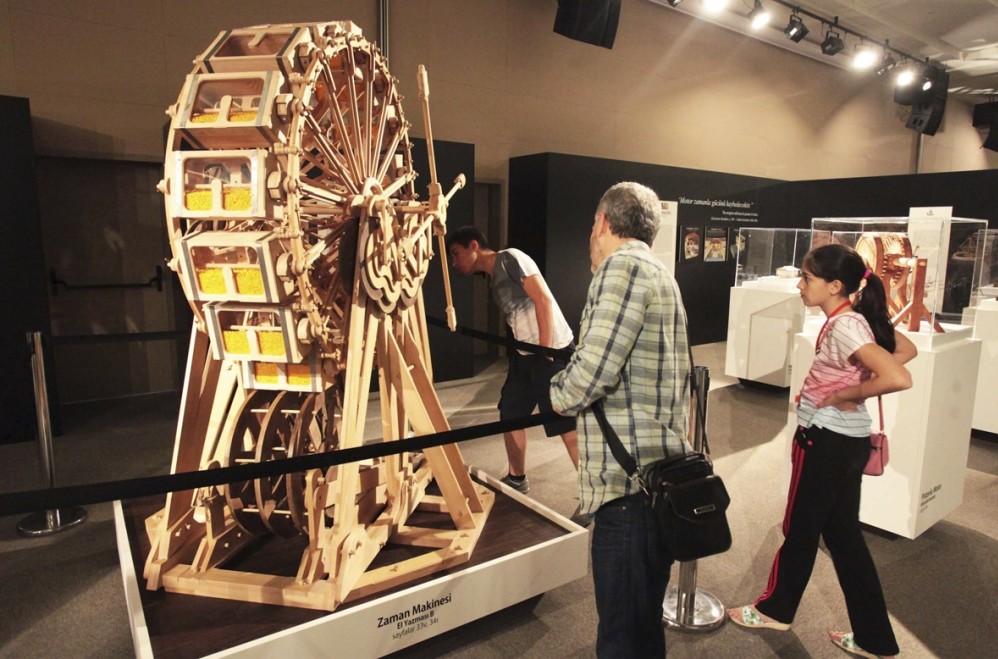 The inventions of one of the greatest inventors of all time, Leonardo Da Vinci, are currently on display at EXPO 2016 in Antalya, which offers various events under the theme of 'Children and Flowers'

The designs and inventions from one of the greatest inventors of all times, Leonardo da Vinci, are on display at EXPO 2016 at the Antalya Congress Center, with an exhibition titled "The World of Leonardo da Vinci." The exhibition reveals new discoveries, features da Vinci's drawings and 20 designs, and will remain open until July 15. 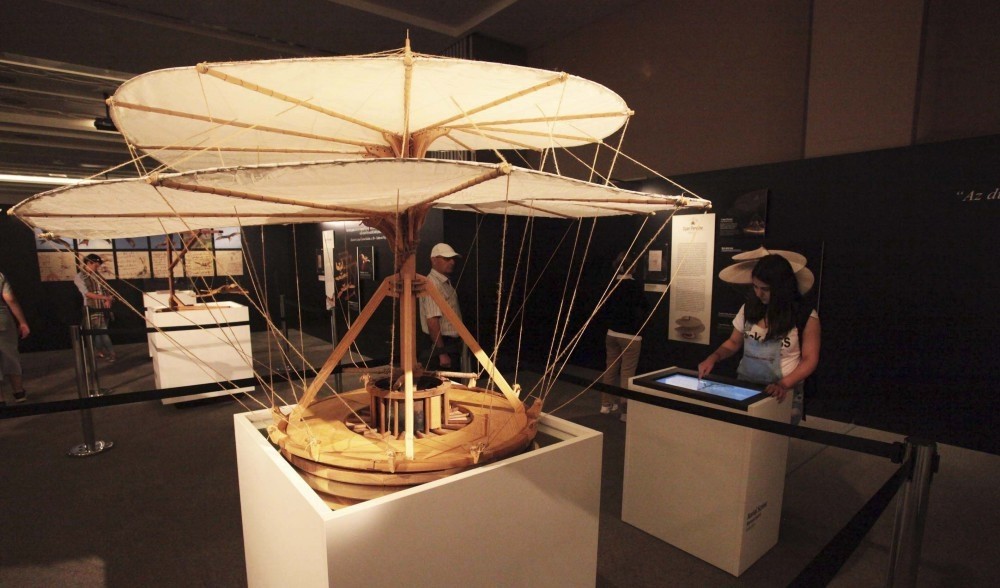 Organized with the participation of 53 countries, Antalya's hosting of EXPO 2016 with the theme "Children and Flowers" has exhibits which go well beyond botanical richness. The exhibit of "The World of Leonardo da Vinci - Machines" takes visitors on a journey into history and the incredible mind of the versatile genius. The exhibition includes 20 designs by da Vinci regarding flight, music, architecture and mechanics. Already on display in Italy, the exhibition offers visitors a chance to read pages from one of Leonardo da Vinci's most important books, the Atlantic Codex (Codex Atlanticus). The visitors will have digital access to this work through two giant screens.

The exhibition also features a life-size replica of da Vinci's mechanical lion, which was built in honor of French king Francois I (1494-1597), to walk and present the king with lilies, a symbol of French royalty. In addition, the exhibition presents da Vinci's "flying bicycle" for the first time.

Da Vinci's "Great Kite," "Mechanical Bat" and "Aerial Screw," all designed by Leonardo da Vinci to fulfill his dream of flying, will be displayed at the exhibit, as well as his portable harpsichord-viola and robotic drummer. 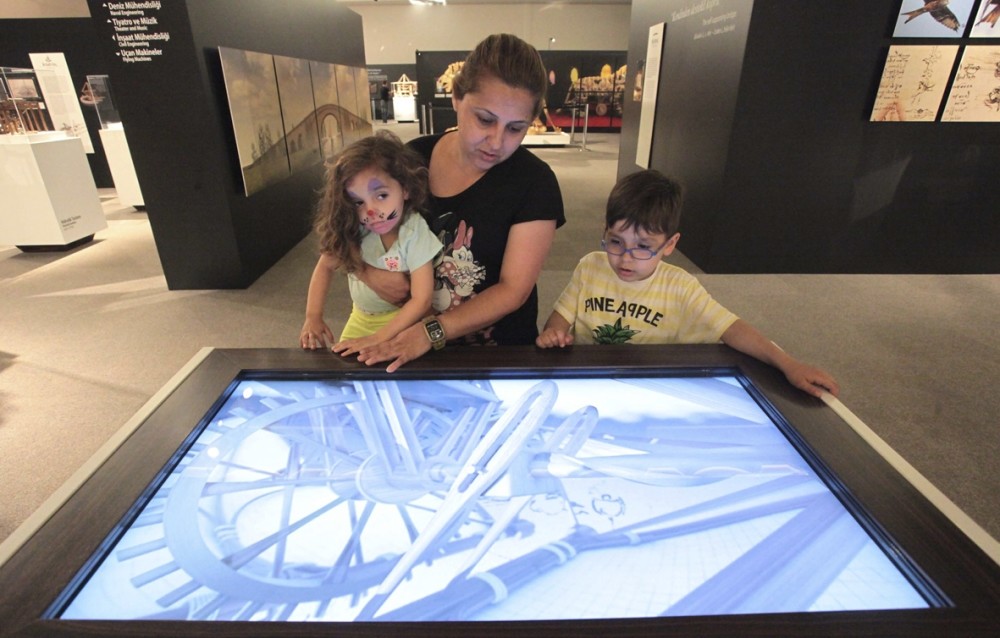 "The World of Leonardo da Vinci: Machines" intends for both children and adults to observe and understand da Vinci's work, along with examples of tools and technology to make the exhibition more fun.

A true model of a unique 15th-century design, the da Vinci's "Robot-Soldier" is one of the most striking pieces of the exhibition. The "Multi-Cannonball Battleship" is another model particular to the Leonardo exhibition.

"The World of Leonardo da Vinci: Machines" exhibition intends for both children and adults to observe and understand da Vinci's works, along with examples of tools and technologies to make the exhibition more fun. 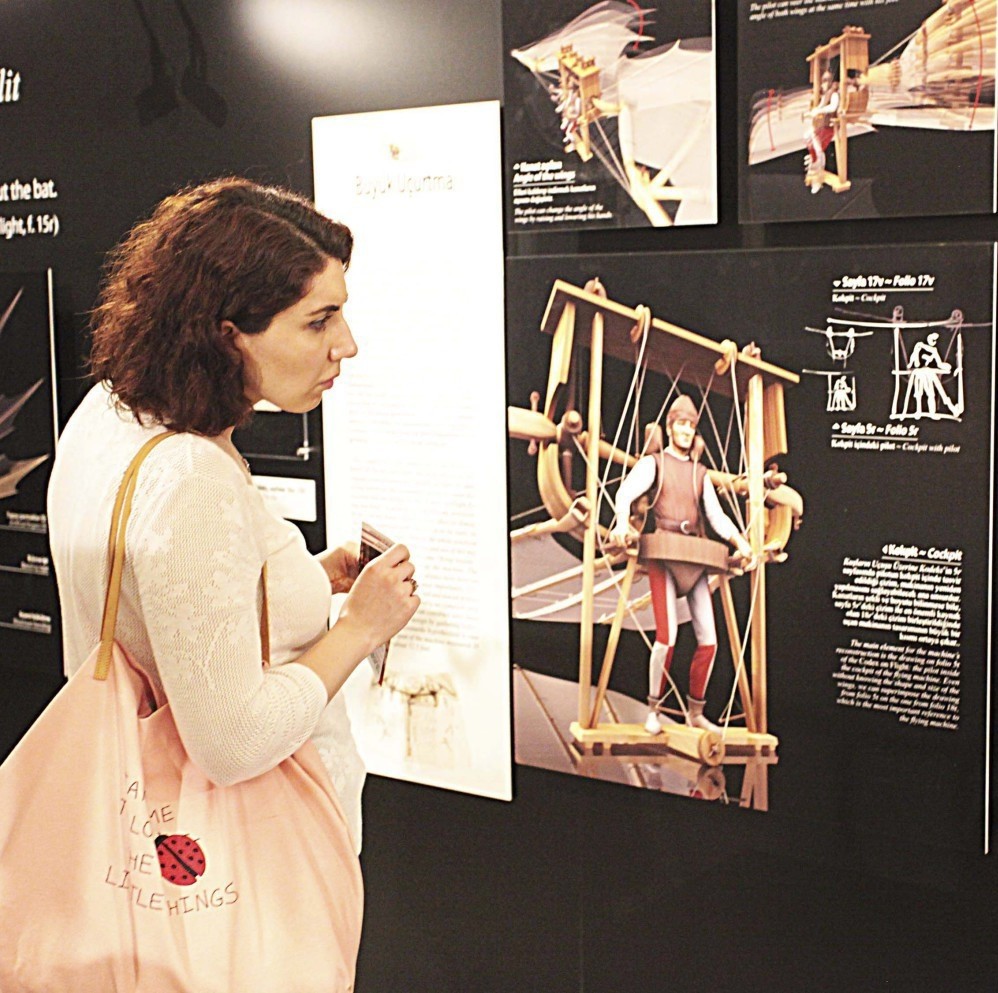 According to exhibit curator Edoarda Zanno, there is a serious and great bond between the Leonardo da Vinci exhibition and the EXPO 2016 in Antalya. Stating that both focused on the theme of children, Zanno said: "EXPO 2016 Antalya will continue until October 30, and the Leonardo da Vinci exhibition will stay open until July 15. It is a really important exhibition, especially for children. If children observe their surroundings and nature, they can all become a Leonardo da Vinci, since da Vinci's greatest muse was nature. Everything he created was inspired by nature, including the machines related to aviation."

Indicating that children would benefit from the "The World of Leonardo da Vinci" exhibit more than adults, Zanno said they have organized an interactive exhibition, and with computers placed before the designs, the children could see how the machines were created and virtually build a machine piece by piece. "Therefore, children will get to know Leonardo da Vinci more closely," Zanno added.

"The World of Leonardo da Vinci" exhibit can be visited at the exhibition hall on the first floor of the EXPO 2016 at the Antalya Congress Center between 10 a.m. to 8:30 p.m. every day until July 15.
RELATED TOPICS