Memories and narratives at center of new exhibition 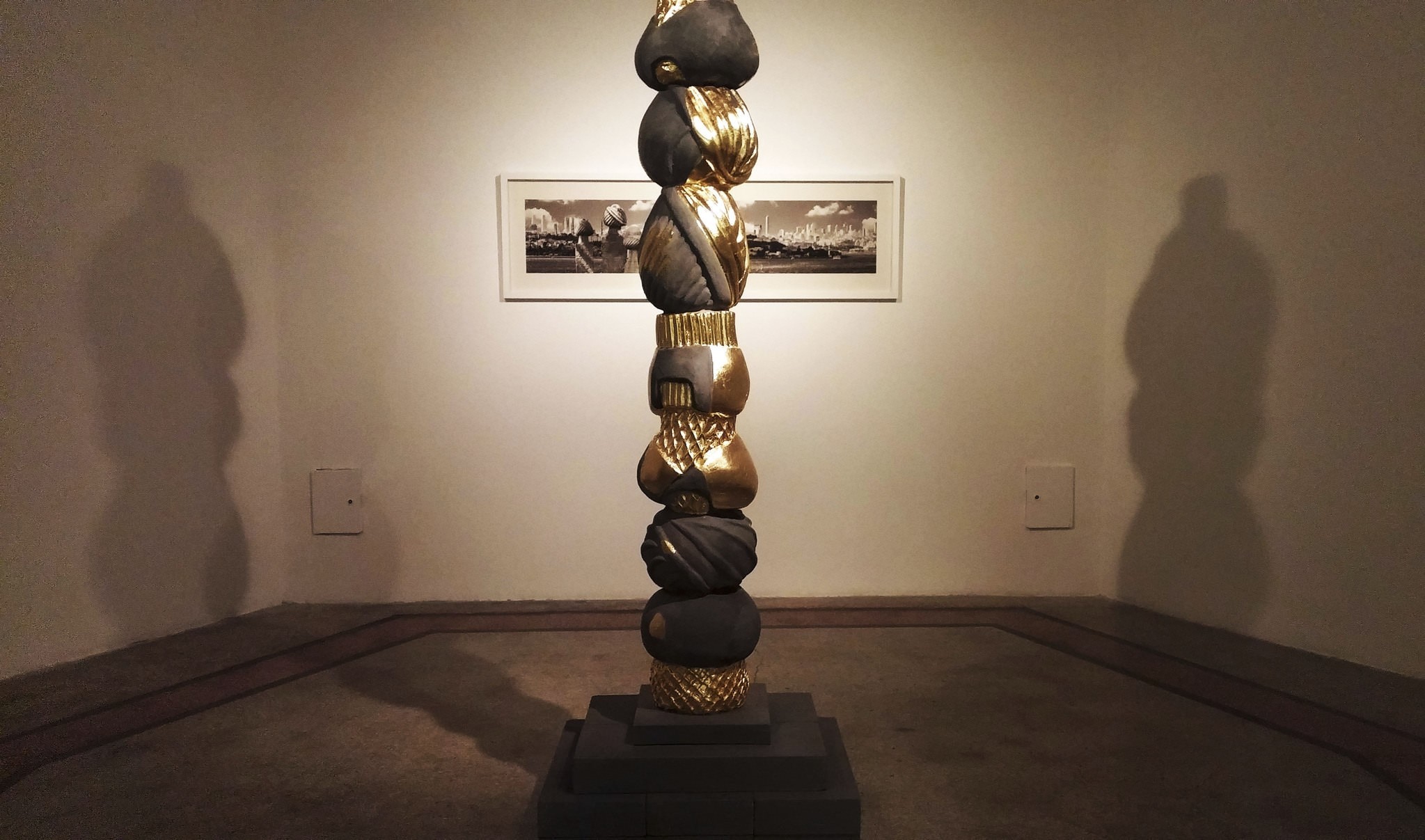 Elu00e7in Ekinciu2019s turbans embody a sense of wisdom & transcendence, and when transformed into massive sculptures, they seem to struggle against, but also resemble, skyscrapers, the architectural units that so strongly dominate & define life in Istanbul.
by Kaya Genç May 21, 2016 12:00 am

Narratives are crucial for constructing memories. In our recollection of the past a narrative pattern often emerges as we try to make sense of past events. In the most famous scene of his "Remembrance of Things Past," French novelist Marcel Proust describes drinking tea and eating plump little cakes named petites madeleines; this is the moment when he suddenly remembers and also starts creating the past. "I put down my cup and examine my own mind. It is for it to discover the truth. But how?," he muses. "What an abyss of uncertainty whenever the mind feels that some part of it has strayed beyond its own borders; when it, the seeker, is at once the dark region through which it must go seeking, where all its equipment will avail it nothing. Seek? More than that: create. It is face to face with something which does not so far exist, to which it alone can give reality and substance, which it alone can bring into the light of day."

I remembered the famous passage last week while visiting Istanbul's Kasa Gallery on Bankalar Caddesi where "Memory/Narrative," a new exhibition by Elçin Ekici and Emirhan Eren, is on display until June 26. Walking amid sculptures, photographs, videos, paintings, drawings and photo-collages by two young artists, I could discern the narrative offered by the show on the concept of memory and the ways in which memories are used to build cultural and political narratives.

In my favorite work of the show, "Seyir," tombstones of two dervish figures watch Istanbul from a certain distance. Their sagely heads are turned back to us; through their eyes we take a look at the city that lies in front of them. This is the city of the past and the future; where every individual narrative is informed by memories of past times. The panorama of Istanbul features mosques, ancient houses and numerous skyscrapers that are presented to us in the background. This is a striking image that owes its power to the contrast it offers between the ancient and the post-modern, the dead and the living, and the monuments of spirituality and those of capitalism.

"The exhibition, titled 'Memory/Narrative' brings together the artists Elçin Ekinci and Emirhan Eren," the exhibition text informs us. "It handles architectural structures, civil-monumental architectural researches, the meaning of 'imagery' and the concept of 'memory' within individual narrative."

Turbans worn by dervishes are one of the central symbols of this exhibition. We see them in Elçin Ekinci's sculpture "Turban no: 1," which is part of the artist's 2016 series, "Skin and Stone." In this impressive work a traditional piece of clothing gathers monumental dimensions, and is presented to the viewer on a pedestal. In the tombstones of dervishes, the turbans embody a sense of wisdom and transcendence; when transformed into massive sculptures, they seem to struggle against but also resemble skyscrapers, the architectural units that so strongly dominate and define life in Istanbul. Ekinci's handling of this object and theme is impressive: she has turned a religious object into an architecture of the sublime.

Born in İskenderun in 1980, Ekinci graduated from Yıldız Technical University's Department of Composite Arts in 2004 and traveled to Italy to study at Academia di Belle Arti L'Aquila. After completing her master's degree she has had numerous personal exhibitions, including "The Nature of Order" at Istanbul's Daire Gallery in 2013 and "Representations of Breast," at Gallery Famiglia Margini in Milan, Italy in 2008. She also attended numerous group exhibitions, including

Another interesting work by Ekinci on display here is a video installation titled "Reconstruction, circles and squares of consciousness." Placed on the floor, this hypnotizing video shows a hand taking sand from beneath the water and placing it close by. The effort seems strange and Sisyphean: there is destruction and construction and a sense of futility in the hand's actions. But then again this is necessary work: it involves movement and change. In Emirhan Eren's works, a sense of fragility and lightness rules. Eren's drawings feature parallels between works of architecture and body parts. His exquisite drawings of bones resemble architectural constructs whose photographs are placed near the drawings. This part of the exhibition is all about finding metonyms for architecture: parallels that not only resemble buildings but take their parts from them.

When Proust's protagonist recognizes the taste of the crumb of madeleine soaked in the decoction of lime-flowers his aunt used to give him, he immediately sees "the old grey house upon the street, where her room was, rose up like the scenery of a theatre to attach itself to the little pavilion, opening on to the garden..." The rest of the recollections quickly follows this initial image: "and with the house the town, from morning to night and in all weathers, the Square where I was sent before luncheon, the streets along which I used to run errands, the country roads we took when it was fine." This, for the protagonist, resembles the Japanese custom of "filling a porcelain bowl with water and steeping in it little crumbs of paper which until then are without character or form, but, the moment they become wet, stretch themselves and bend, take on color and distinctive shape, become flowers or houses or people, permanent and recognizable." In "Memory/Narrative" there is a similar sense of looking at porcelain bowls and coming across permanent and recognizable figures of the past: those figures belong both to our personal memories and to the memories of the city where all our stories intersect.
RELATED TOPICS