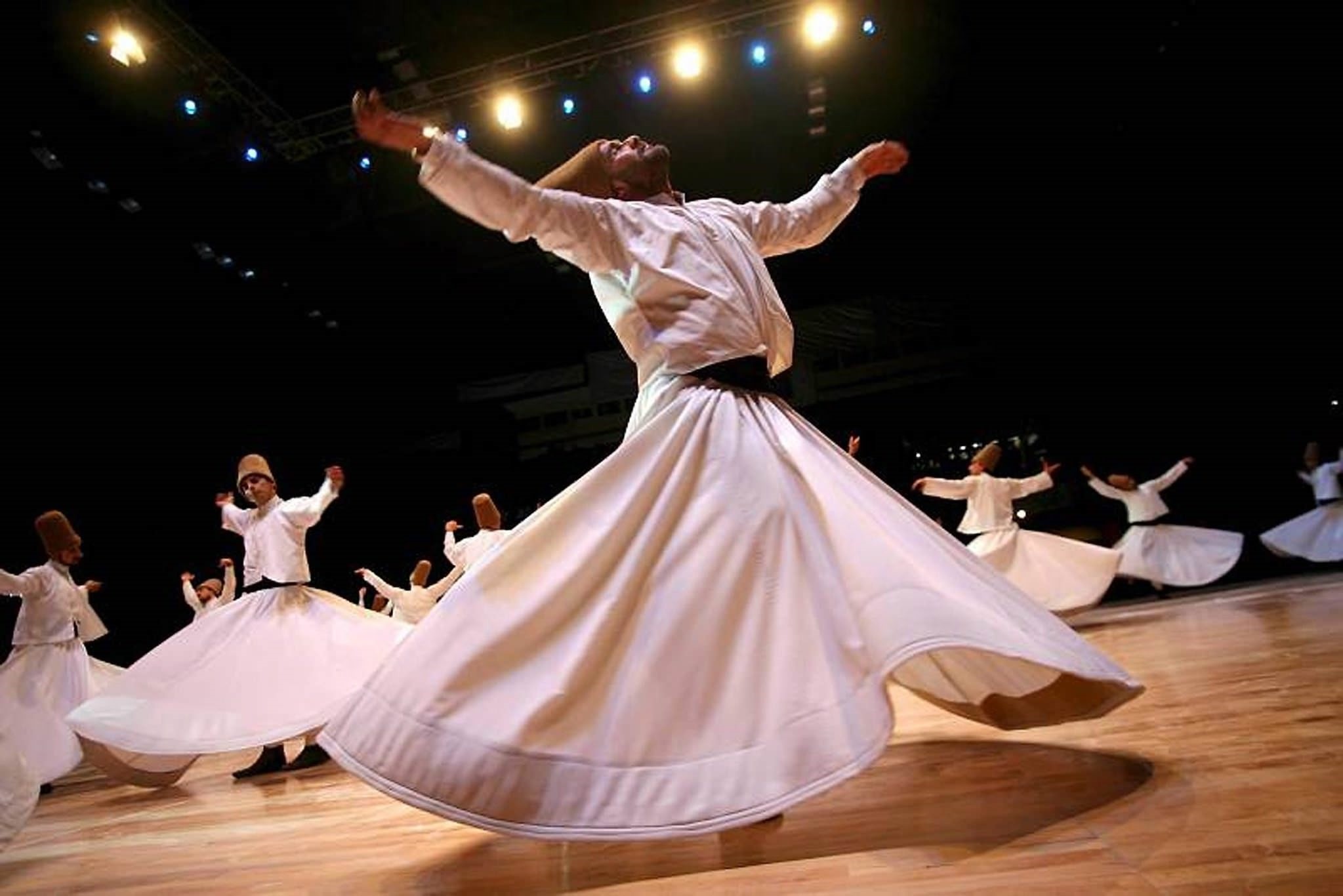 Istanbul hosts first World Humanitarian Summit 23-24 May at the Istanbul Congress Center. Those attending the summit can also take part in other events around the city

United Nations Secretary-General Ban Ki-moon has taken the initiative to hold the first-ever World Humanitarian Summit on 23-24 May in Istanbul. The summit gathers the global community in solidarity with people affected by natural disasters or human crises like wars and violations. Nearly 60 million people have been displaced due to conflict while about 218 million people are affected by natural disasters every year, giving rise to urgent initiatives to ensure help for victims. The summit tries to establish and improve joint humanitarian efforts.

Today and tomorrow Istanbul offers culture and art events indicative of the cultural richness of the city. Here are some suggestions for concerts, exhibitions and artistic performances that might appeal to participants.

The Hodjapasha Performance Center presents a "sema" - a performance by whirling dervishes - tomorrow. Mevlana Jalaluddin Rumi described the sema as "experiencing perpetual life in mortality, being familiar with the mysteries of God without a messenger and meeting God while embracing love." The sema is a Sufi ritual that can touch audience members with its visual features and aesthetics. The sema, which has stood the test of time since Rumi, is associated with the Mevlevi Sufi lodge and has a special divine meaning for them apart from its visual aesthetics. Whirling dervishes spin as they recite the name of God with their hearts and mouths while performing the ritual.

On Tuesday, to demonstrate the closeness between Azerbaijan and Turkey, nine prominent Azerbaijani artists are performing at KatsSahne with the motto "Two states, one nation." Emil Bedelov, Hacı Nazım, Elton Hüseyneliyev, Leyla Rehimova and the band Amarok, some of the most popular singers in Azerbaijan, will perform music from the two countries. Do not miss the opportunity to watch these nine artists and hear their rich repertoire. 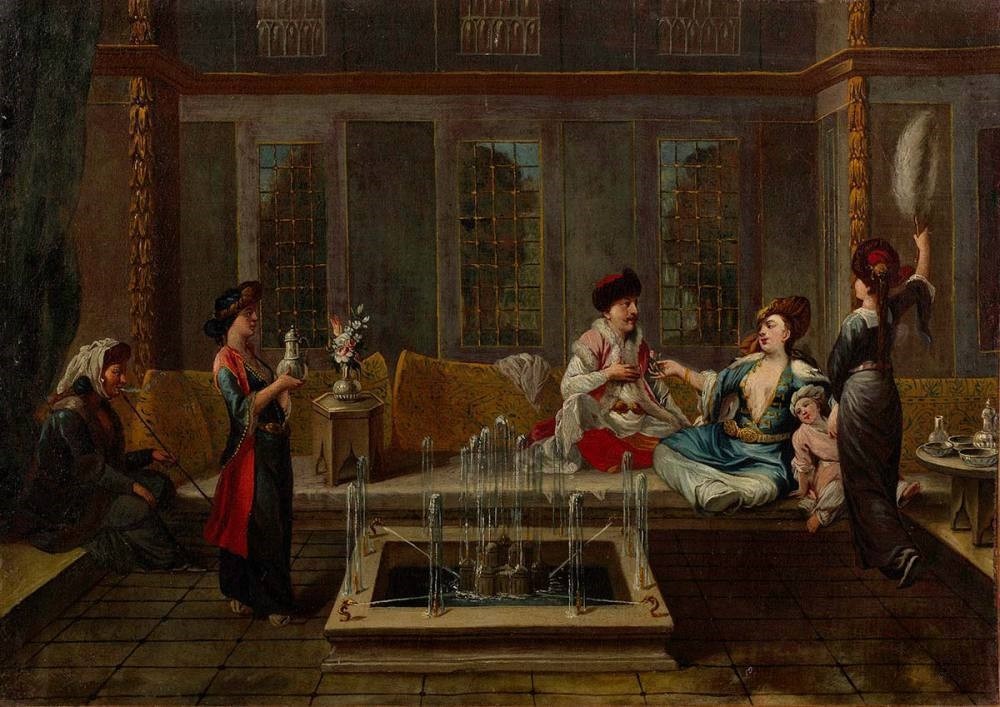 A selection from the Suna and İnan Kıraç Foundation's Orientalist Painting Collection enables visitors to travel the roundabout paths of diplomatic history, introducing them to conflicting personalities through art, focusing on the role of ambassadors in transmitting artistic understanding between the Ottoman Empire and Western countries.

Since its earliest period, the Ottoman Empire established strong relations with other empires and political actors in Europe. Certain Western powers wanted to be acquainted with the Ottomans and understand their great military power and political authority.

Encounters between these cultures bore the longest-lasting fruits in the arts. Wars, the search for alliances, the development of commerce and conflicts of power and status were the most significant reasons behind the diplomatic traffic of the 15th, 16th and 17th centuries. The Ottoman Empire received more ambassadors than it sent to other countries, especially until the 19th century, and hosted ambassadors according to Ottoman customs and traditions.

Western ambassadors, in turn, documented Ottoman cities, society, traditions and customs and administrative and military organizations. Apart from their reports, they also made use of the gifts and paintings given to them on their way back to their homelands. Paintings, which were often presumed to be true-to-life visual documents, became the most evident expressions of prestige and social status that also held a special place and meaning, as they had the potential to address the masses. Paintings commissioned by ambassadors from the artists in their entourages on their way to the Ottoman Empire or the interactions with their local counterparts during their visits turned into books with engravings or collections decorating the walls of European castles and palaces. These works served as a source of inspiration for other artists and generated a large visual repertoire related to the Ottoman world. Additionally, Ottoman ambassadors were featured in portraits painted by prominent European artists that immortalized these important visits.

One of Europe's most successful vocal ensembles, Gesualdo Consort Amsterdam, is performing for the first time in Turkey as part of the Made in Holland Baroque Days concert series tomorrow at 8:30 pm. The concert is at the Istanbul Naval Museum's Çaka Bey Exhibition Hall where the ensemble will perform the best pieces of Dutch Baroque period composers and Italian composer Carlo Gesualdo da Venosa, one of the most eccentric composers of the time. Praised for their records and performances, Gesualdo Consort Amsterdam won an Echo Classics award in 2006. The ensemble's founder and conductor, Harry van der Kamp, was nominated for a Grammy Award in 2008. 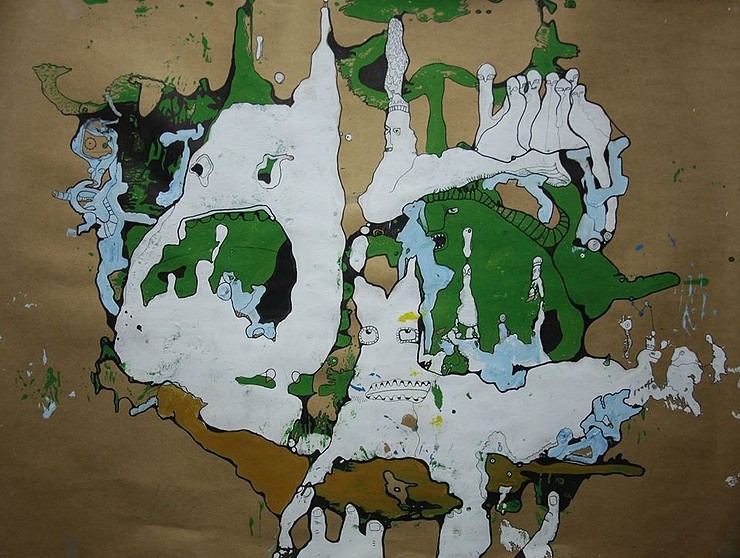 Çadır Studio has a painting exhibition by artist Selma Hekim until the end of May. A new atmosphere throughout the entire venue with circus performers, dancers and musicians is created by restructuring the Çadır Studio, and the performers have their own "vagueness" through the artist's works.

The "Vague Exhibition" includes paintings and placements created on craft paper, canvas and the wall. While emphasizing the surrealism of figures, colorful crowds, multi-headed animals and deformed bodies entangled between dream and reality, the project also questions the reality of life.

Upon the will of Rumi and his son Sultan Walad, dervishes fast during their performance of the sema. Since the time of Rumi, dervishes have always begun the sema after completing prayers and performing ablutions.

The sema begins after all the dervishes come together. The leading dervish says "eyvallah" aloud, and the leader of the Mevlevi house says a short prayer. The leader recites the Fatiha surah of the Quran, and a verse from the Quran's Al-i Imran surah is read. The dervishes say "destur," and the leading dervish puts on an outer garment, a red coat, which symbolizes the awakening of the "Meydan-ı Şerif." This ritual indicates that the stage is no longer a cultural center but a house of sema.

During the sema, the leading dervish walks among the others to calm the other dervishes who have lost themselves, pulling some aside if something unexpected happens. The dervishes understand where they should go as they spin because they are always following the feet of the leading dervish. Some semas feature up to 50 dervishes.