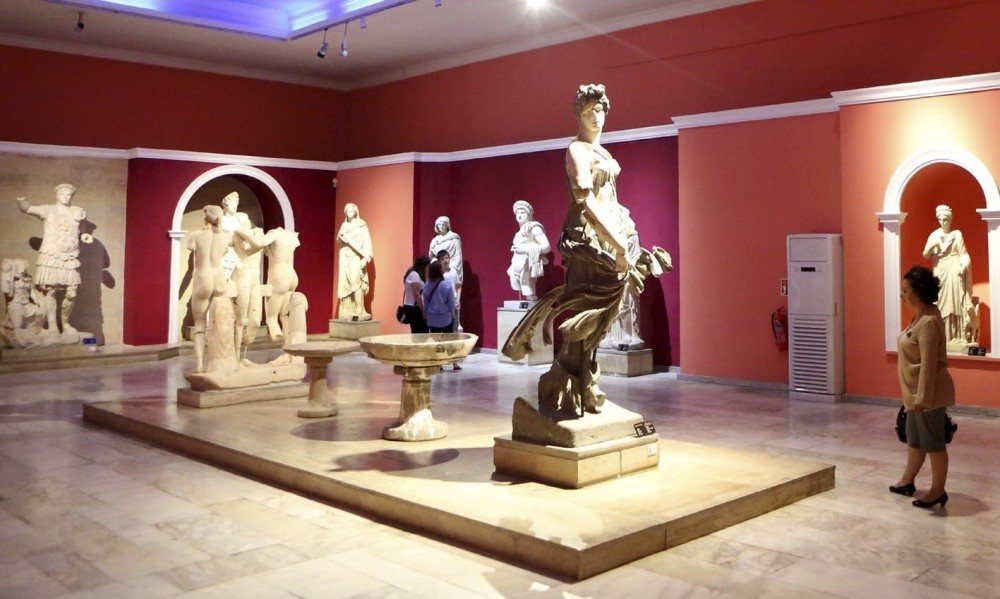 The Antalya Museum
by Daily Sabah Jun 13, 2016 12:00 am
Nine new museums will be established in the southern province of Antalya in collaboration with the Culture and Tourism Ministry and the Antalya Metropolitan Municipality. Municipal officials released a statement saying that Antalya will strengthen its presence in the region as a domestic and international tourist hub with new museums, which include the City Museum, the Turkish and Islamic Civilization Museum, the Necropolis Museum, the Evrenseki Yörük Museum, the Cinema Museum, the Natural History Museum, a nature-themed entertainment center, an ethnographical museum and the Malawi House. Furthermore, the Antalya Museum will undergo renovations as part of a new project. Part of the Indoor Sports Center and Atatürk Stadium, which are currently under demolition, will be rebuilt as the Antalya City Museum.

The Turkish-Islamic Civilization Museum will be established inside of the Antalya Grand Mosque Social Complex to include artwork and artifacts from Turkish and Islamic culture and history, displaying a modernized perspective of museology. The indoor exhibition venue will be 3,000 square meters, featuring a conference hall with a 450-seat capacity where Islamic art workshops will be held. Upon completion of scientific research and excavations of artifacts from the Hellenistic and Roman eras in the necropolis, the archaeological site in the city center will be an open-air museum, preserving one of Antalya's most historical landmarks. Yörük Museum, on the other hand, will be built in the Evrenseki district of Manavgat, reflecting the nomad culture of Antalya, which is one of the most important cultural values of the region. The Nature History Museum, to be built as part of the Kepez-Santral Urban Transformation project, will house endemic plants and animals. A nature-themed entertainment center will be built next to the Nature History Museum, offering visitors a learning center where digital technology will bring history to life. As a central hub of the Turkish film industry, every year Antalya welcomes prominent actors and actresses along with international celebrities, directors, producers and filmmakers in part of the International Antalya Film Festival. In efforts to portray Antalya as the heart of cinema in Turkey, the municipality will establish a Cinema Museum where the history of Turkish film will be on display. The museum will feature film posters, artifacts from movie sets, filming equipment and cult objects that were used in blockbuster films, all of which will be displayed via interactive exhibitions and video installations.

Antalya is currently hosting EXPO 2016 with the theme "Flowers and Children," which runs until Oct. 30. Under the auspices of the presidency, the large expo venue cost TL 1.7 billion ($600 million) and is equipped to host the displays from over 30 countries from the Sudan to the U.K. and the Netherlands to Qatar. It is expecting to greet 8 million visitors. Considered one of the culture and tourism gems of Turkey, Antalya continues to expand, offering a variety of options to tourists who seek a memorable vacation with a mixture of sea, sun and sand along with cultural and historical excursions.
RELATED TOPICS